US condemns attack at Karachi University

Pakistani police officers and journalists gather near a burned van at the site of an explosion, in Karachi, Pakistan, on Tuesday, April 26, 2022 | AP
Advertisement

The United States has condemned the suicide attack at University of Karachi that left three Chinese teachers and a Pakistani driver dead, saying a terrorist attack anywhere is an affront to humanity.

An explosion triggered by a burqa-clad woman suicide bomber from the Baluchistan Liberation Army (BLA) ripped through a van of the Confucius Institute at the prestigious University of Karachi on April 26. This was the latest targeted attack against Chinese citizens in Pakistan.

"We strongly condemned the terrorist attack against Karachi University in Pakistan. We reiterate that condemnation today. A terrorist attack anywhere is an affront to humanity everywhere," State Department Spokesperson Ned Price told reporters at his daily news conference on Wednesday.

"But for a terrorist attack to take place at a university or at a religious site or at some of the locations we've seen recently, that is a true affront to mankind," he said.

Following the attack, the banned BLA took to social media to claim responsibility and announce that the bomber was a woman named Shaari Baloch who was a highly educated mother of two young children, belonging to a well-established family and working as a school teacher in her native Turbat, Balochistan.

Further, Price said the US values its bilateral relationship with Pakistan.
"We want to continue to work together in areas where we do have mutual interests with our Pakistani partners. That includes counterterrorism, that includes border security as well," he said. 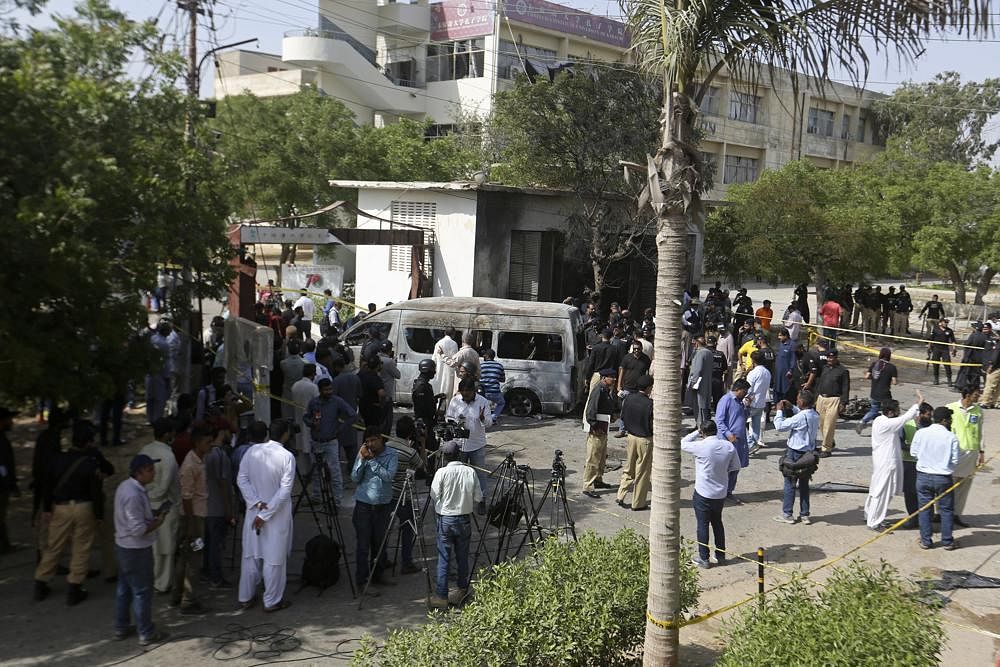