"Students of any religion will be given admission in the college with the prescribed dress code. A girl's changing room has been constructed at the college's gate where the students can remove the burqa before entering," Singh said.

Lucknow:The Moradabad Hindu Degree College has constructed a changing room at the gate where female students can remove their burqa before entering the premises as burqa is not allowed under the dress code on the campus.

According to the administration, the decision was taken to ensure discipline on the college premises.

The college Professo Dr AP Singh said that the dress code has been implemented for the students and anyone who refuses to follow it will be barred from entering the campus. "Students of any religion will be given admission in the college with the prescribed dress code. A girl's changing room has been constructed at the college's gate where the students can remove the burqa before entering," Singh said.

Read Also
UP Madrasas say no to NCPCR recommendations; will continue to admit non-Muslim students 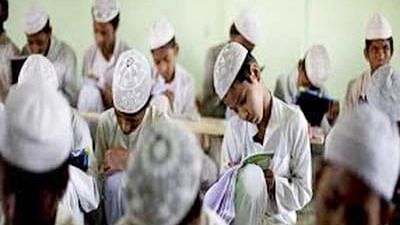 This comes after some students were denied entry to the college for wearing a burqa despite the prescribed uniform code for the students, who alleged that the administration is compelling them to remove it at the entrance gate.

On the said matter, a scuffle broke out between the students, the Samajwadi Chhatra Sabha workers, and the college professors who remained adamant about sticking to the prescribed rules. A video of the scene from the Hindu college has been making rounds on the Internet.

However, the college administration denied any resistance from the Muslim students and said, "The Muslim girls are satisfied with the decision and have termed the scuffle wrong. There should be no protests and politics on the college premises as it is necessary to have a dress code to maintain discipline." 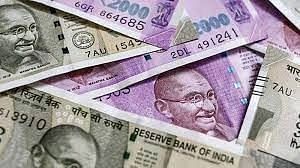 Budget 2023: 30 Skill India International Centres to be set up across states

Budget 2023: Top institutes to get Centre for Excellence in Artificial Intelligence