'Today's children lead a robotic life, they need to go out and play, says IITK grad

"Kids today do not wish to go to school whereas I used to look forward to going. It was for playing games before and after school and during the breaks," Satyam told IANS in an interview.

Their backgrounds are significantly different. Amitabh Satyam, an IIT-K grad with an MBA from Ohio's Fisher College of Business, grew up in a village in Bihar where he played traditional games. Sangeeta Goswami, a practicing psychologist and coordinator at experimental methodology schools promoting integral education, has had her students play many of these games in Gujarat.

Their altruistic collaboration has resulted in "The Games India Plays - Indian Sports Simplified" aimed at reviving "our affinity, and respect for Indian things".

Both have memorable experiences of these exciting games and rue that, over time, India - primarily the cities and towns - has moved away from these games and taken away a large slice of Indian culture.

"Kids today do not wish to go to school whereas I used to look forward to going. It was for playing games before and after school and during the breaks," Satyam told IANS in an interview.

"The life of today's children is robotic: From waking up to going to school, returning home, doing homework, dining, and sleeping. There is little excitement," Goswami noted.

The reasons are not difficult to find.

"India has had a brutal recent history with invasions, genocide and conversions. What remains of our culture is a mix of our aboriginal culture and those of the invaders. Our games disappeared primarily because many Indians, especially English-educated urban ones, believe that anything Indian is not cool. The second and more important, is the onslaught from foreign games positioned as the proper games. The Olympics provide validation to these Western games.

"Once our games get accepted and popular, it will revive our affinity and respect for Indian things," Satyam pointed out.

"Western games are mostly individualistic, requiring infrastructure and equipment, and are mostly beyond the reach of most Indians. So, we realised that a guidebook, written in simple language describing each element of each game, would help encourage children to consider these games. That is how we started the arduous task of our initial research and interviews for the book," he added.

"We would like to see kids returning from school and eager to run out of the house to play when possible. We also would like to see children eager to go to school as the games would prove fun and relief from academic pressure," Goswami said.

The 204-page book, published by Bloomsbury, details 15 games, along with ground specifications and rules, and mentions fourteen other games in brief.

"We started out noting down our own experiences, which established the baseline. In the second round, we looked up books in the library and then searched for material in the public arena on digital platforms," Goswami said.

They zoomed in on 50 games in the first round.

"Five were well known (among them Kho-kho and Kabaddi), so we set them aside. For the remaining ten, we applied our criteria: they must all be played outdoors, they must be played in groups (not individual games), and each player must be engaged at all times. After rounds of elimination, we converged to these 15," Satyam explained.

"For the five rarer games, we travelled to villages where children play these games. There we noted the specifics and possible variations. In some games, there was no clarity of the next level, so we set our rules that appeared consistent with the theme of the game.

"We studied the ancient games that developed through the Sindhu Saraswati civilizations, the Vedic period, and also any mentions in the Mahabharata," Satyam elaborated.

How does one go about popularising these games in this Internet age?

"Once our efforts have taken shape in the form of a book, the next round of effort is to popularise the games. The Internet is a blessing as well as a curse. So much material is available on the Internet that a large number of book readers are not reading books anymore. At the same time, the Internet allows easier access to our readers as well. Our effort is to take a multi-pronged strategy. We are campaigning in schools, building societies and colleges.

Goswami expressed concern that digital games have become an addiction rather than just entertainment.

"These digital games do not help in the physical development of children nor in the intellectual growth, since no real-life actions are involved. It is the duty of our generation to ensure kids go out and play. Outside play is a big booster for their physical, emotional well-being," Goswami added.

Overloaded information and convenient access to the Internet is also causing children to feel mature only in their teenage years. "But many of these children do not have real-life knowledge. Video games have pushed children indoors and made them individualistic," said Goswami, who was also worried about a "nature-deficit disorder" because children are spending less time with nature.

"This change results in a wide range of behavioral problems. WHO has coined 'gaming disorder', a mental disorder caused by playing video games. It wasn't the case a decade ago," she said.

On his part, Satyam is convinced that "bonds developed during playing outdoor Indian games live for life. In fact, these become our primary relationship beyond the close family".

"Reduced engagement with others in society deprives children of multifaceted growth. Most urban children severely lack decision-making skills as they are not exposed to real life. Playing outdoors in a group, observing conflicts, resolving conflicts, leading a group, following a leader, and such related tasks aids in developing a wholesome personality," Satyam explained.

Some of the games, such as Kho-kho and Kabaddi, are already popular at the National and State levels. What more needs to be done, and does the government have a role to play in this, given the prominence being given to the Khelo India Games?

"While these games are known in many regions, they are not immensely popular. Only a small fraction plays them. The challenge of losing these games over time is not about the government. It is our mindset," Satyam rued.

"Most governments pay players after succeeding, for example, giving a crore of rupees after getting a medal. How does that help? Only 10 or so people get Olympic medals out of 140 crore people. Paying after success is not encouragement.

"I believe the government's role should be in developing infrastructure. Each district should have advanced facilities for sports. Indian games do not require much-structured infrastructure, but each of these government-run facilities should have space for at least five of these Indian games. As we have said in the book, space for one tennis court can be used for a dozen of these games involving hundreds of players," Satyam pointed out.

"We have to first recognize these as games. Indian people, as well as the governments should not give preference to foreign things. Foreign stamps give them validity. Our governments are also chasing foreign games and investing hundreds of crores for a cricket stadium, whereas the same amount can prove 200 sports complexes for Indian games, benefitting millions of Indians. We need to fix our priorities," he added.

What next? What's their next book/project going to be on?

"Our objective of putting together these games in simple format has been to take these games to each school, college and building society. We will continue to be focused on this objective. The book was needed to provide a framework, a structure. The next steps are to promote these games to get them integrated into the people's mindset.

"Our friends at the publisher Bloomsbury have been highly supportive of this effort and are encouraging us to develop the book in Indian languages. Hindi and Gujarati will be the next two languages, and we are already working on them," Satyam concluded.

Read Also
What you should know before studying in Italy? 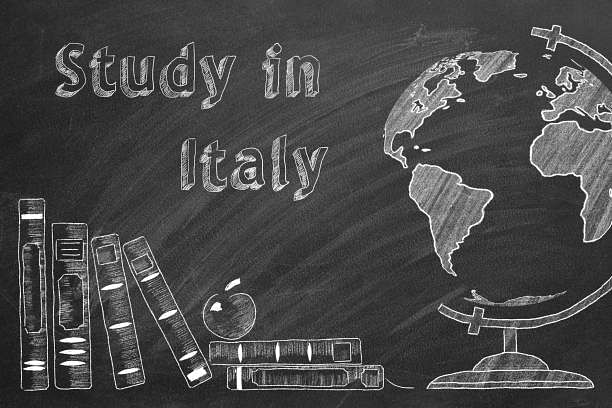 HomeEducation'Today's children lead a robotic life, they need to go out and play, says IITK grad