HomeEducationOdisha: Lecturer moonlights as porter for education of poor kids

Odisha: Lecturer moonlights as porter for education of poor kids

Patro moonlights as a porter not to fill his own pocket but to pay the salary of teachers, whom he has employed in a coaching centre to teach poor students for free.

Berhampur: Thirty-one-year-old Ch Nageshu Patro from Odisha's Ganjam district works as a guest lecturer in a private college during the daytime and at night moonlights as a porter at Berhampur railway station.

Patro moonlights as a porter not to fill his own pocket but to pay the salary of teachers, whom he has employed in a coaching centre to teach poor students for free.

As the day begins Patro attends a private college as guest faculty, later in the day he attends classes at a coaching centre run by him for poor students for free. At night he moonlights as porter at Berhampur railway station.

Patro said during the COVID pandemic instead of sitting idle at home he started teaching poor children for free. As the number of students increased he set up a coaching centre for students of class 8 to 12. While he himself taught Hindi and Odia, he hired teachers for other subjects.

Patro now has employed four teachers at his coaching centre, whom he pays from the money around Rs 10,000 to Rs 12,000 which he earns as a porter at the railway station. 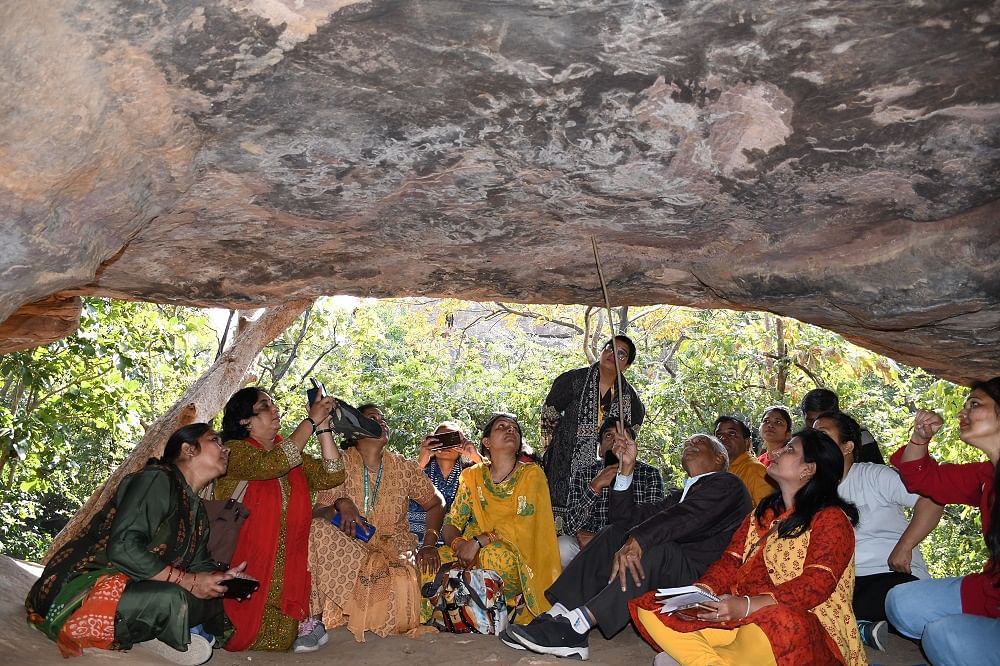 "Whatever people think, let them think, I love teaching and want to continue for poor students," Patro told PTI when asked if he felt ashamed while working as a porter, after being a lecturer himself.

The Rs 8,000 he earns as a guest lecturer in a private college is used by him to run his family which consists of his father and mother who stay at Manohar village in Ganjam district.

Coming from a humble background, Patro could not appear in the high school certificate examination in 2006, as his father who used to graze goats and sheep had a tough time in making both his ends meet, in such circumstances education was a distant dream for him.

Since then Patro has been on a mission to educate as many kids as he can. He doesn’t want kids coming from marginalised backgrounds to discontinue their studies due monetary problems of the family.

Patro has been registered as a porter in the railway station since, 2011.

He decided to appear for the class 12 examination in 2012 through correspondence course. After passing the HSC examination, he did his graduation and later his post graduation from Berhampur University. He did all his higher education by self financing, working as a porter at night.

He said nowadays people are using trolley bags and escalators, so earning as a porter or collie has come down and urged Railway minister Aswini Vaishnaw to do something for the porter community working hard at railway stations.