HomeEducationNMC scheme not popular as Ukraine returnee Indian students worry about costs, year back, and more

The Academic Mobility Programme which allows Indian students, who have returned from war torn Ukraine, to take admissions in other countries pose concerns for the ones who are in their final few years of MBBS studies.

Weeks after the National Medical Commission (NMC) gave the green signal to academic mobility programmes (AMP) offered by universities in Ukraine to Indian medical students, which allows them to relocate to medical institutions in other countries and complete their studies, the latter expressed their displeasure with the policy.

AMP Scheme not feasible, according to students

The scheme by NMC, which comes after returnee students filed a petition in the Supreme Court demanding that they be allowed to study in Indian medical colleges, is not feasible according to students who are already on their way to Ukraine to resume offline studies rather than taking advantage of the programme.

“I am going to Ukraine on October 9. I already have my visa and flight ticket ready with me,’ said Jaineel Jani, who completed his fourth-year MBBS from Dnipro Medical University.

Students like Jani, though worried about safety, are deciding to travel to the war-torn country as they don’t find AMP to be feasible. “If students avail AMP and go to study in Georgia, the tuition will be around USD 7,500 which is too costly when compared with fees in Ukraine, i.e. USD 3232. Plus, there’s no guarantee that you will be able to continue your studies in the said country while continuing with the same semester,” said Jani, who has received support from his faculty members and will be staying in the same hostel he left when the war broke out.

Read Also
'I have left my original documents in the apartment': Indian students leave valuable possessions... 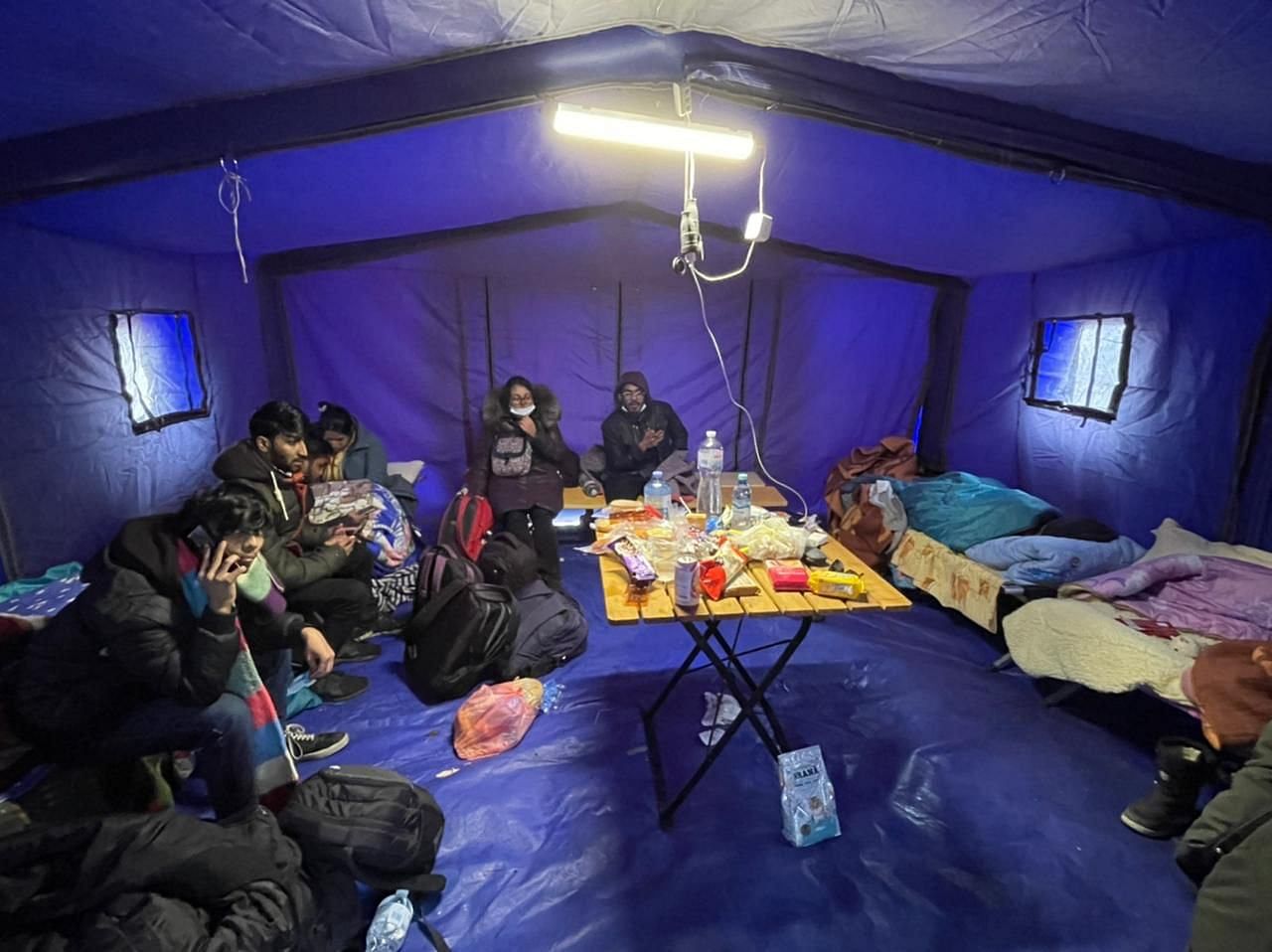 Hurdles remain but returnees willing to travel to Ukraine

Some students who are on their way to the Eastern European country have faced hurdles in making their journey but remain determined on making it there.

“I missed my flight to Ukraine last night and already got my refund for the same. But I will be applying for another visa which might take another 20 days,” said Sarthak Vashistha, a student from Rajasthan’s Alwar city.

Education agents who are facilitating the return of Indian students to other countries following the NMC’s order is another concern that bothers Sarthak, who would rather avoid the costs attached to the process and continue his MBBS in Ukraine.

Transit visa to Poland, Moldova an option for students

Since air travel to Ukraine has been restricted post its war with Russia, students are using the Transit visa to reach the country. A Transit visa, which is issued to an individual who is transiting through India to another destination and can provide enough proof of such travel plans by way of valid tickets for an onward journey, is being applied by students who take a flight to countries such as Poland and Moldova, which border Ukraine.

“Many students have received transit visas of Poland or Moldova, from where they are taking buses to cross borders in order to reach Ukraine,” said Sarthak, who attributed the decision to travel to Ukraine to NMC’s reluctance to recognise online classes of foreign medical institutions.

With inflation touching 23% in Ukraine, according to recent data published by the country’s Central Bank, students also worry about the impact of rising prices. “What choice do we have? Our parents are also not supportive of our decision but there’s no other option,” said Sarthak.

Despite multiple options of countries, universities yet to take action

Though the idea behind shifting to other countries requires Ukrainian universities to partner with institutions in the above-mentioned countries, not all of them have allowed the initiation of the process. “Our University has declined to start the process at such short notice, especially for this semester. We either have to go back to the University or ask for our admissions to be cancelled for transfer to another country,” said Mahima Shrivastava, an MBBS student from Bukovinian Medical State University in Chernivtsi, which is located in Western Ukraine. More students have decided to study in Kazakhstan and Poland, according to Mahima who is waiting on her original documents along with others to start the process for transfer. “We have stopped attending online classes owing to rules by the NMC and are rather waiting on our transcripts,” stated Mahima.

Some who have applied for colleges in countries notified by NMC await an acceptance letter but the wait is getting longer. “Many of us have applied to universities in the mentioned countries but there’s no progress as of yet as we haven’t received a notification from them,” said Aryan Choudhary, a student from Bogomolets National Medical University situated in the Ukrainian capital of Kyiv.

Russia, a no show in NMC list, not behind in attracting Indian students

Russia, which has not been mentioned by NMC in its official notification of approved countries, also remains a choice among parents of Ukraine returnees. “My son is going to Russia once he gets his visa. The process for the same was conducted through the country’s Embassy in Delhi,” said RB Walde, a parent of an Indian student who did his studies originally at Sumy University. Sumy, which remains a hotspot of tensions between Russia and Ukraine, was one of the last cities in the country which saw Indian students being evacuated.