HomeEducationDelhi: Bail for Jamia student who was arrested for Holy Family hospital shooting

Delhi: Bail for Jamia student who was arrested for Holy Family hospital shooting

The court was hearing the bail plea of 27-year-old Sabir, against whom an FIR was registered under the sections of the Indian Penal Code (IPC) and the Arms Act at New Friends Colony police station.

New Delhi: A court here on Tuesday granted bail to a Jamia Millia Islamia student who was allegedly involved in a case in which another student was shot at and injured in a hospital in September.

The court was hearing the bail plea of 27-year-old Sabir, against whom an FIR was registered under the sections of the Indian Penal Code (IPC) and the Arms Act at New Friends Colony police station. According to the prosecution, Sabir was involved in the shooting incident at Holy Family Hospital in southeast Delhi's Jamia Nagar on September 29 in which another student Nauman Ali was injured.

"Considering the facts... that the accused was arrested on September 30, 2022, (and) that he is not required further for investigation and the charge sheet will be filed by the investigating officer within a fortnight... accused Sabir is admitted to bail on furnishing a personal bond and surety bond of Rs 10,000," Additional Sessions Judge Prashant Sharma said. 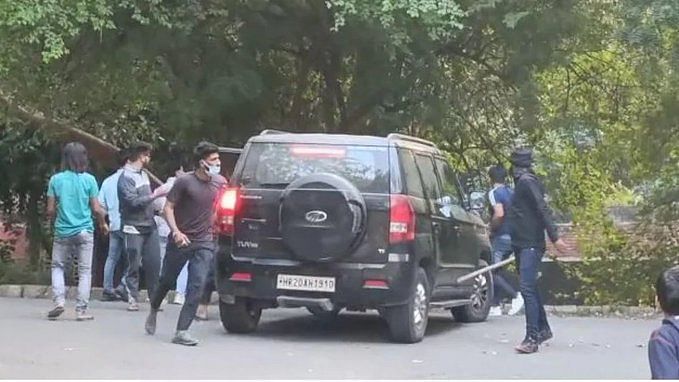 The judge further said the victim did not name Sabir in his complaint and the CCTV footage did not reveal any incriminating act by the accused which suggests he was guilty. The court directed the accused to abide by the conditions of bail such as not tampering with evidence, not threatening any witness, not leaving the National Capital Region (NCR) and keeping his mobile phone switched on.

Countering the bail plea on the ground that an investigation in the case is pending, the investigating officer said the shooting incident was a result of rivalry between student groups regarding university elections and according to an eyewitness, Sabir was involved in it. Counsel for the accused, Shakir Khan, said Sabir is innocent and if granted bail, he will abide by all the terms and conditions of bail.

According to the prosecution, Ali suffered a superficial injury on his head, following which he was shifted to the AIIMS Trauma Centre. After registering the FIR, police arrested six students, including Sabir, for their alleged involvement in the shooting incident.