The incident occurred at Lala Lajpat Rai College Moga Punjab following which students from both sides were detained for precautionary measures.

Punjab: A day after clashes erupted in Moga between Bihari and Kashmiri students following a cricket match, the detained Kashmiris students were released on Monday.

The incident occurred at Lala Lajpat Rai College Moga Punjab following which students from both sides were detained for precautionary measures.

National Convener of the Jammu and Kashmir Students Association Nasir Khuehami told Free Press Journal that he spoke to SSP Moga Punjab Gulneet Khurana requesting him to intervene in the matter and to take cognizance of the incident.

Khuehami said that a total of 10 students were detained in which five were from Kashmir and five others from Bihar. 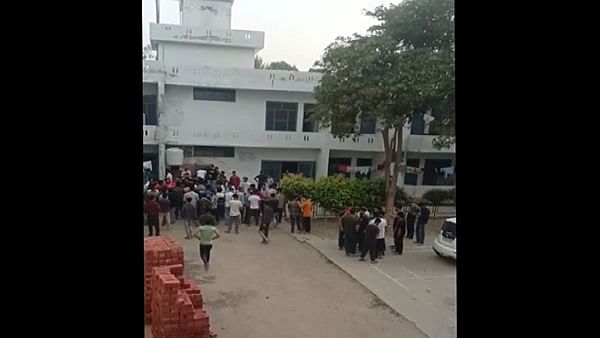 "Kashmiri students have suffered minor injuries. Matter was been taken up with Punjab Govt and police officials for its earliest redressal," he said.

He termed reports about sloganeering during the match as fake, concocted and baseless. SSP Moga assured that action would be taken against those involved and all five detained students will be released, Khuehami said.

"The SSP said no slogans were raised by the students from Kashmir," he told FPJ.

"All five students have been released now. We have taken full measures to protect all students from Kashmir and also take steps to see that the relationship between Kashmiri students and others remains cordial," Khuehami said while quoting SSP Moga.

"Ideally, support for a particular team should not be tagged to someone’s politics or ideology. Let sports remain what it is meant to be. Cricket after all is a gentleman’s game," he emphasized.

National Co-Convenor Of Association Danish Lone said that Director Lajpat Rai Group of institutions about the incident told them that, while the match between Pakistan and England was going on, students from Bihar and Kashmiri students had a bickering which subsequently turned to fight and injuries were reported.

The students pelted stones on each other causing minor injuries to Kashmiri students. As a precautionary measure, the administration called the police to control the situation and police had taken 10 students in their custody.