Jaipur: Former deputy chief minister of Rajasthan Sachin Pilot met with Congress high command Rahul Gandhi and Priyanka Gandhi Vadra today in Delhi. It was the second meeting between Pilot and the Gandhi family in a week that has created a buzz of big political changes in the state in the coming days.

Sachin had met with Rahul Gandhi separately on September 17th and after that, the speculations were on the rise that the party is now focusing on resolving the issues of Rajasthan Congress, however, Priyanka Gandhi was not part of the meeting. Now a meeting with both prominent leaders is indicating that issues of cabinet rejig and political appointments are going to resolve soon in the state.

Sources in the party said that there could be a decision taken by the party to make Pilot the state party president once again. It is believed that he has conveyed the message to the party high commands that if the party wants to break the trend of a defeat after being in power it is necessary to do something at this right time.

It is to note that Pilot had met with the speaker of the Rajasthan Assembly Dr. CP Joshi on Thursday in Jaipur. Joshi who was once the party general secretary and Union Minister is believed to be close to Rahul Gandhi and it is being said that Pilot's meeting with Joshi is somewhere related to the expected changes in the party in the coming days. 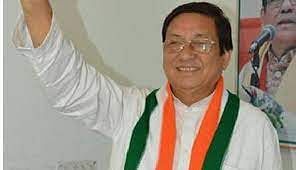