The three-member team of the Delhi Crime Branch has been questioning the relatives of the accused.

Assistant Sub-Inspector of Delhi Crime Branch Suresh Kumar informed that up till now, the investigation is underway.

Kumar also added that the West Bengal police is offering full cooperation to the team.

Speaking with ANI, Anwar Ali, the maternal uncle of the prime accused said that Ansar is a "very good person".

"He comes and meets everyone. He calls me Mama. I have heard and watched what happened in Delhi on TV. That was not good, but he (Ansar) is good," Ali said.

NSA has been imposed against Ansar, Salim, Imam Sheikh alias Sonu, Dilshad, and Ahir for their involvement in the Jahangirpuri violence, officials said.

The situation turned tense in northwest Delhi's Jahangirpuri soon after stone-pelting and chaos ensued following clashes between members of two communities during a Hanuman Jayanti procession in the evening. 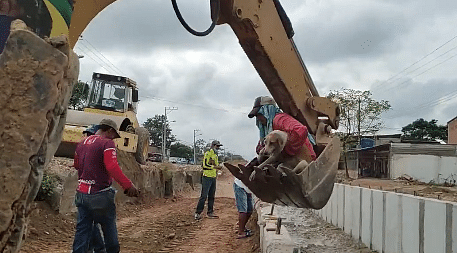