We do listen: FM Nirmala Sitharaman

According to Finance Minister Nirmala Sitharaman, the BJP government indeed listens to criticism and is always ready to respond.
FPJ News Service 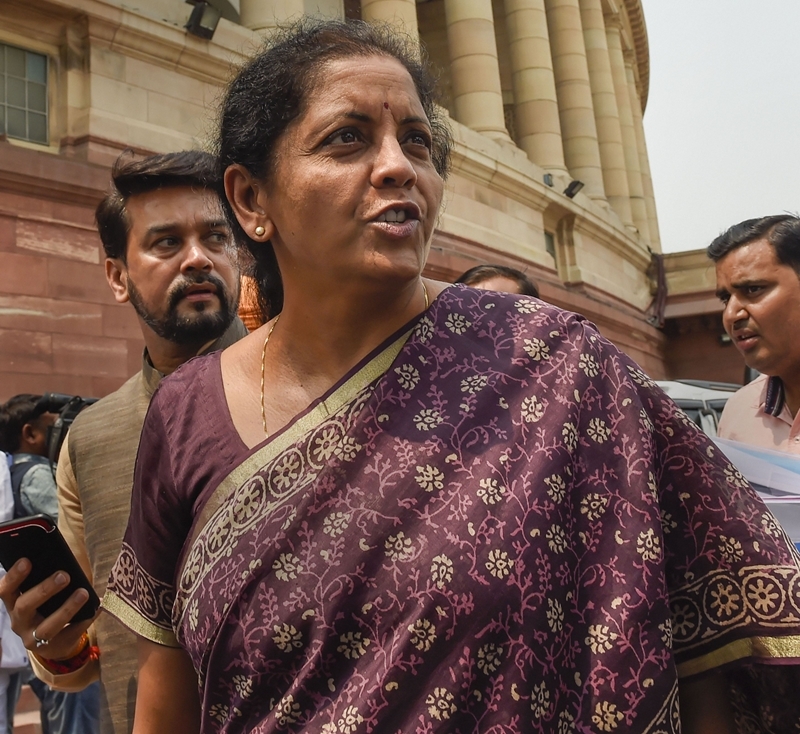 New Delhi: Finally, there is some clarity on whether this government, at times, appears to be hard of hearing – especially when it comes to pressing matters like economic slowdown.

According to Finance Minister Nirmala Sitharaman, the BJP government indeed listens to criticism and is always ready to respond.

She was referring to industrialist Rahul Bajaj's loaded question to Home Minister Amit Shah about what he believed was ‘‘an atmosphere of fear and a lack of atmosphere of confidence’’ in confronting the government with critical questions.

Shah had told Bajaj in response: "There's no need to be afraid of anything. The Narendra Modi government has been criticised incessantly in media. But if you are saying that there is such an environment, we need to work to improve this."

Replying to a debate on the economic slowdown in the Lok Sabha, Sitharaman took the discussion forward and called Shah's response as an example of the government's willingness to listen.

She further prodded the detractors to say more. Focussing on herself, she said: I have been told that I am the worst Finance Minister, and they're not even waiting for me to finish my term.

I told them, please give me more ideas, we will work on it. If there's a government that listens, it is PM Modi's government."

Dropping the 'Jija' jibe, Sitharaman said that people availing government schemes were common people and not someone's brother-in-law (Jija Ji). Firing on all cylinders, she said:

“The 8 crore people who received LPG connections under the Ujjwala scheme, is that figure fudged? Under the Ayushman Bharat scheme, who are the 68 lakh beneficiaries? Likewise, 68 lakh people are availing of medical facilities worth 5 lakh rupees; who are they?

Are they someone's brother or son-in-law or brother-in-law)? 11 crore people have got toilets in their homes now, who are they? Are these constructed in brother-in-law's home? No!"

Even as the FM was trying to dispel the misgivings, industrialist Kiran Mazumdar Shaw joined Bajaj in pointing out that the government must be open to suggestions, instead of listening to only those it believes are supporters.

The Biocon chairman said it was unfortunate that a positive response from Shah had to be followed by statements by various BJP leaders "which are not correct".

"There is an economic slowdown. They must listen to multiple voices and multiple quarters to look at what is possible. If they only listen to those voices who they think are their supporters and don't want to listen to others perceived as anti-national or anti-government, we are not going to get all the suggestions," Shaw, 66, told NDTV.

She described Bajaj as a strong voice of corporate India and said Shah's reply was the "right response to hear" from the government. ‘‘Let's not start having a political discourse," said Shaw, referring to BJP I-T cell chief Amit Malviya accusing her of a political motive in coming out in support of Bajaj. "Ridiculous. I am extremely apolitical and critical of UPA-2," she stressed.