Global telecom player, Vodafone has told Indian authorities that it will not provide more capital for its India business
IANS 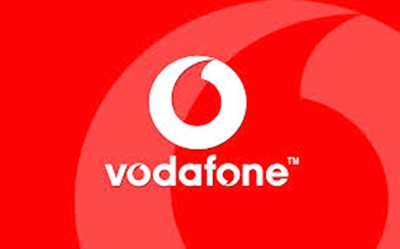 Vodafone has launched a new prepaid all-rounder plan for Rs. 39 that provides voice and data benefits along with a validity extension |

New Delhi: The British media is calling Vodafone's ultimatum not to pump in more capital in India, a "potentially disastrous but fitting end to Vodafone's big bet on India" where the destruction of value has been complete.

Global telecom player, Vodafone has told Indian authorities that it will not provide more capital for its India business unless there are provisions allowing it to compete with Mukesh Ambani's Reliance Jio.

According to British media reports, Nick Read, Vodafone's CEO has for all practical purposes issued an ultimatum to the Indian government.

Vodafone is scheduled to give its half year report on Tuesday. Reports say that Read has communicated to the Modi government that it will not provide any more capital in India.

Read's ultimatum is to communicate to the government that "either they should take their boots off the neck of the industry and allow it to better compete with Mukesh Ambani on 5G, or Vodafone Idea is destined for a potentially chaotic final act with potential repercussions for India's international standing."

Vodafone entered the market in 2007 via a multibillion-pound acquisition. Since then it has pumped in billions more, always hoping that the sheer scale of India would one day deliver returns to match.

"Throughout, however, Indian officialdom welcomed Vodafone with all the warmth of a Himalayan mountaintop.

It has been in court since the moment it arrived and used as a soft target by politicians and taxmen. The destruction of value has been complete," a report said.

According to reports, the Vodafone chief executive has had enough in the Indian market as a major foreign investor. Vodafone, the reports suggest is also unhappy with the way several policy decisions have gone against it and favoured Reliance Jio.

Shareholders have already written off the value of Vodafone Idea so if it goes bust the fallout should be readily containable, the reports said.

Vodafone is also facing a pile of debt in the home markets of UK and would find it difficult to again invest so much in India. Reports said that Read, Vodafone's chief executive for little over a year, is one foreign investor who has had enough, it seems.