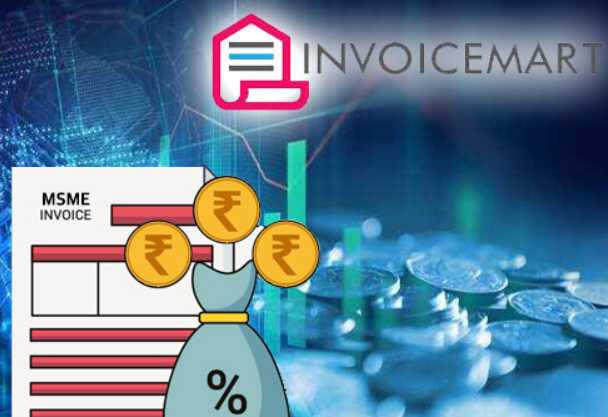 Invoicemart is an electronic platform for small businesses based on the trade receivables discounting system (TReDS). \ Representative Image |

Invoicemart, the largest dedicated electronic platform to finance and discount trade receivables from small businesses, expects to break even in the next 18-24 months, given the rising adoption of the platform with its monthly transaction volume crossing Rs 1,000 crore, as against Rs 300 crore in the first quarter of the financial year.

Invoicemart is an electronic platform for small businesses based on the trade receivables discounting system (TReDS), operated by A.Treds Ltd, which is a joint venture of Axis Bank and B2B e-commerce firm mjunction services. The platform is operational since July 2017.

These receivables can be dues from large corporates and other buyers, including government departments and public sector undertakings (PSUs), whose numbers have grown by 1.5 times so far this fiscal.

TReDS platforms connect MSME sellers and their corporate buyers to multiple financiers by enabling discounting of the sellers'' invoices raised on large buyers through a transparent bidding mechanism that ensures the financing of receivables at competitive rates.

"If we maintain our monthly throughput or invoice transaction volume which I am confident of, which for the first time crossed the Rs 1,000-crore mark in August, we will be able to break even in the next 18-24 months," Prakash Sankaran, managing director and chief executive of Invoicemart, told PTI on Friday.

He said that since its inception in July 2017, Invoicemart has clocked a volume of over Rs 16,500 crore as of August, while the total industry volume was only Rs 46,000 crore.

Sankaran said three TReDS exchanges have notched up a volume of over Rs 46,000 crore, of which over Rs 16,500 crore are through this platform only, making it the largest.

The three TReDS exchanges are — the Receivables Exchange of India, which is the first to become operational in January 2017 as a joint venture between the National Stock Exchange and Sidbi; Mynd Solution's M1xchange that became operational in April 2017; and Invoicemart was the last to enter in July 2017.

Invoicemart is also the only TReDS platform with over 11,000 participants, including over 10,000 small sellers, and buyers are large corporates followed by state-owned firms, he said.

Invoicemart reaches out to its MSME customers across 570 locations.

It has a strong customer base of over 920 anchor CPSEs/PSUs, corporates, banks and NBFC factors. The registered beneficiaries are over 10,000 MSMEs who get timely better payments/ rates on their invoices routed through the TReDS platform. It has so far handled 7.9 lakh invoices.