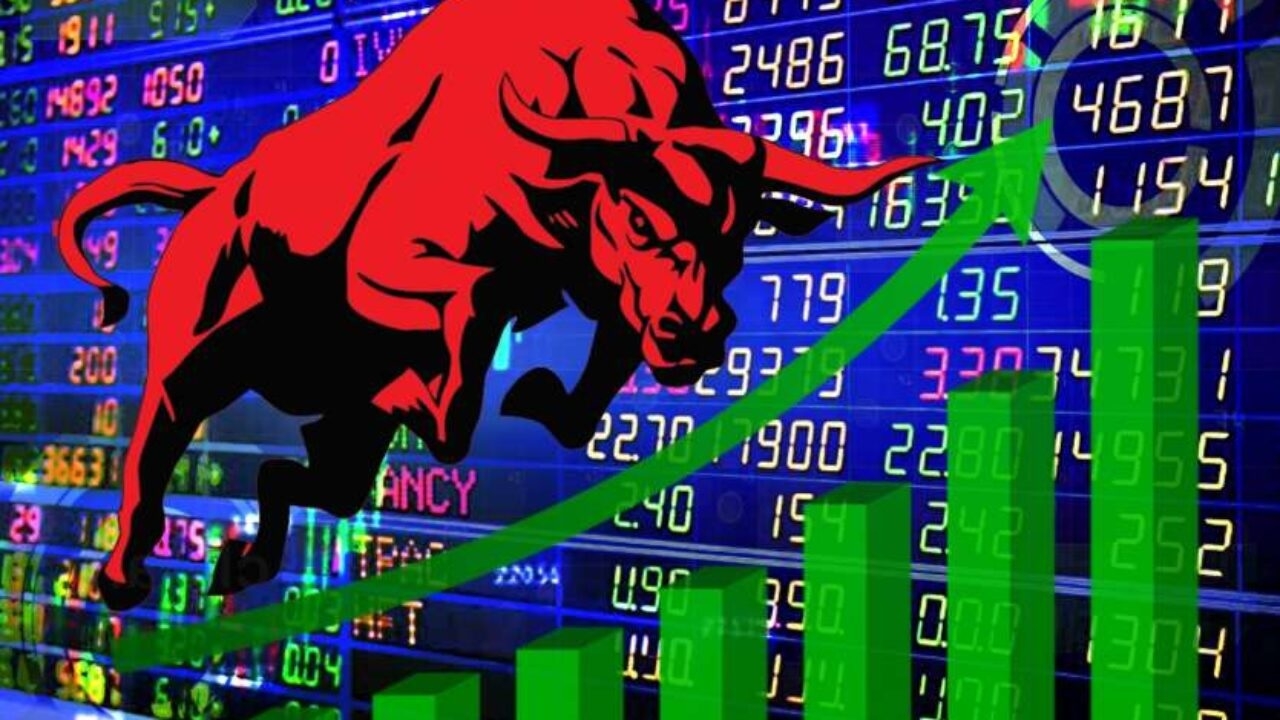 The Nifty index has given a breakout of immediate consolidation and settled above the prior resistance at 16,375.50 levels |

Benchmark Indices closed on a positive note with Sensex crossing 55,000 and Nifty 16,500 for the first time. More than 200 stocks, including Bharti Airtel, HCL Tech, Infosys, Larsen & Toubro and TCS, hit their fresh 52-week highs on BSE.

Sectoral indices closed on a mixed note where Nifty IT and CapGoods were the leading contributors in the Nifty index. Sachin Gupta, AVP, Research, Choice Broking, said, "Overall, the market sentiment remains positive as the industrial production data showed some signs of recovery in the manufacturing sector. The Nifty index has given a breakout of immediate consolidation and settled above the prior resistance at 16,375.50 levels.

"On the daily chart, it has formed like a bullish Marubozu candlestick, which indicates bullish strength for the coming session. The Nifty50 index has been trading above all the important key indicators as well as MACD & RSI is also showing positive crossover, which suggests a further upward move. At present, the Nifty index has immediate support at 16,350 levels while resistance may come around 16,650 levels," he added.

Deepak Jasani, Head of Retail Research, HDFC Securities, said Asian stock markets traded mostly lower on Friday, as traders remain concerned over the recent regulatory crackdown in China and the alarming spread of the highly contagious coronavirus variants in the region. European stocks scaled new highs on Friday hitting a record high for the tenth straight session and were on track for their fourth consecutive week of gains on optimism over a strong earnings season and steady recovery from the pandemic-led economic downturn.

Nifty gained for the second consecutive week, gaining 1.79 percent over the week. Companies who have come out with encouraging results over the last 1-2 days are seeing an uptick in their prices. Upward momentum in the indices continues, though with no unusually large volumes. Nifty could remain in the 16440-16790 band for the coming week, Jasani said.

Shrikant Chouhan, Executive Vice President, Equity Technical Research, Kotak Securities Ltd, said, "On daily and weekly charts, the Nifty has formed a strong breakout continuation formation and the texture of the chart suggests an uptrend wave is likely to continue in the short run. However, momentum indicators and intraday charts indicate a temporary overbought situation, and traders may prefer to take some profits near the 16650-16750 level.

"We are of the view that the short-term trading setup is positive and the ideal strategy would be to buy on dips and sell on rallies. In the near future, the 16,400-16,320 levels would act as a key support zone for the index and trading above the same the uptrend momentum could persist up to 16,600-16,750 levels. On the flip side, a correction could be seen below 16,320, and could possibly trigger one more leg of downside up to 16,150-16,000 levels. On the sectoral front, the formation suggests large-cap IT and financial stocks would likely outperform in the near-term."

Mohit Nigam, Head - PMS, Hem Securities, said, PM Narendra Modi launched the Voluntary Vehicle Fleet Modernization Programme which will bring in investments of around Rs 10,000 crore. "The policy will be first implemented for government-owned vehicles, and then for heavy commercial and personal vehicles. CPI for the month of July came at 5.59 percent (within MPC targeting range of 4 (+/-2) percent) gave investors a bit of confidence. The expectation is that the lower inflation level could give comfort to RBI to keep rates low and maintain a dovish stance for a longer time. On the technical front, immediate support and resistance for Nifty 50 is 16,600 and 16,400 respectively," he added.