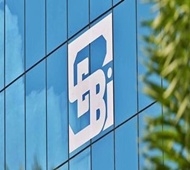 New Delhi: Capital markets regulator Sebi has ordered attachment of bank and demat accounts of GN Dairies Ltd and its directors to reclaim over Rs 114 crore for violation of norms. The firm violated various market norms and failed to comply with Sebi’s earlier directive to refund investors’ money along with interest. The pending dues include fine imposed on them along with interest, charges, expenses and other costs.

The Securities and Exchange Board of India (Sebi) has ordered the recovery of Rs 114.68 crore from the firm and its directors. In November 2014, the regulator had asked the firm to wind up unauthorised dairy investment scheme run by it and to
refund investors’ money within three months.

“There is sufficient reason to believe that the defaulter may dispose of the amount proceeds in the bank accounts held with your bank and realization of amount due under the certificate would in consequence be delayed or obstructed,” Sebi said.

The regulator has also asked for various details of the accounts held by the firms, including account statements. Sebi has been given powers to attach properties and bank accounts, among other things, of persons and entities which have failed to comply with directions involving payment of penalties and other dues