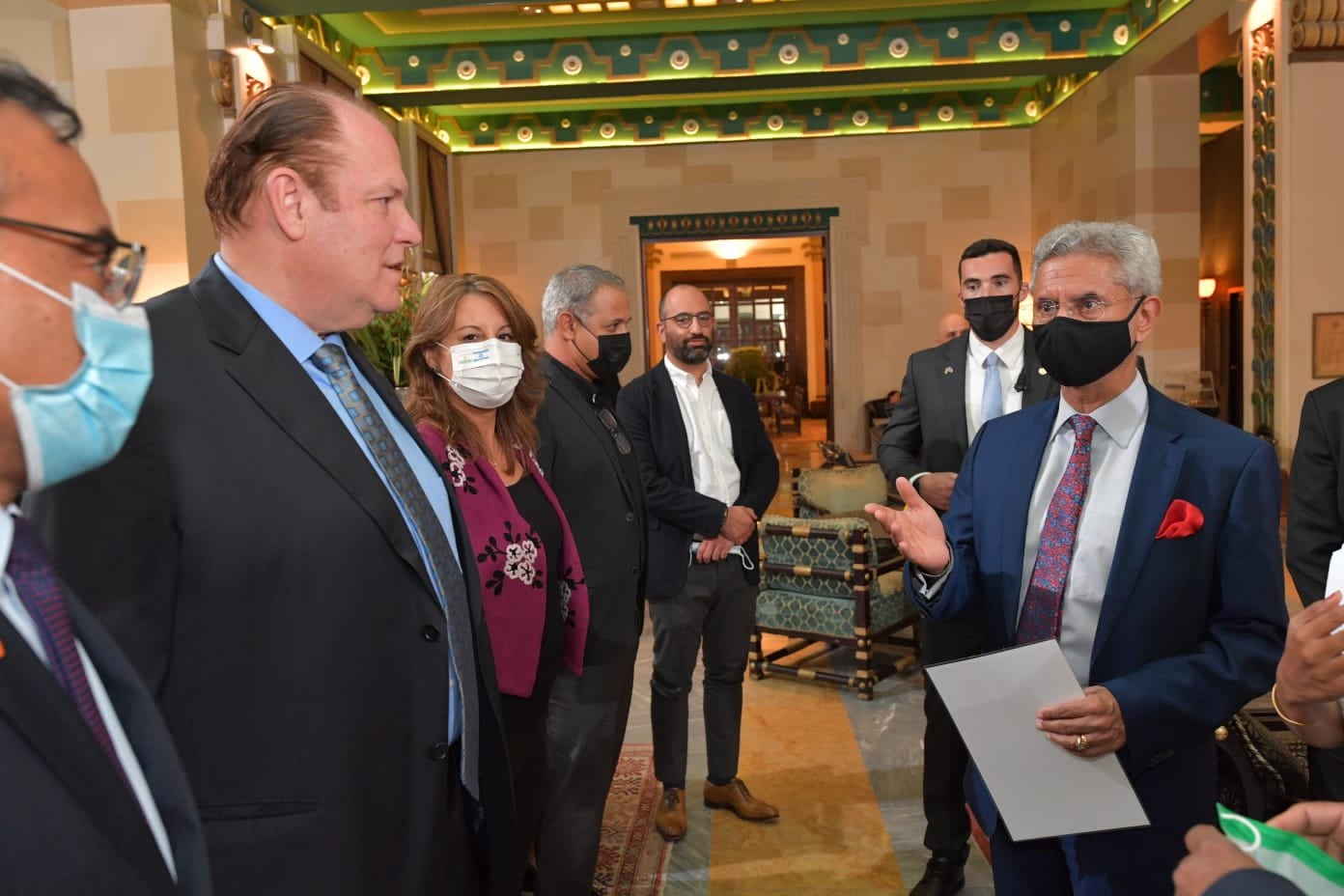 External Affairs Minister S Jaishankar on Sunday urged Israeli business, including from the defence sector, to invest in the country and take advantage of its business-friendly policies.

Speaking at the India-Israel Business Roundtable soon after his arrival in Israel on his maiden visit, Jaishankar described Israel as one of India's "most trusted and innovative partners."

Jaishankar said there is an enormous effort of change happening in India since Prime Minister Narendra Modi took office and people have heard bits and pieces of that change.

"If you were to connect all those dots, I think, you get a picture of an India that is moving towards acquiring those deeper strengths which will make it more competitive in terms of the world economy. And that to you is of interest because from those deeper strengths will come new opportunities and I'll speak about some of them,” he told the gathering.

While this change has been going on for a few years and during the last two years of the COVID-19 pandemic when people have not been in touch physically, interestingly the change process has accelerated, he said.
"So I would urge anyone who has any interest in defence to either directly or indirectly in terms of a platform or in terms of an ancillary or as a vendor to look at those possibilities.

"So you have today really a very energetic economy -- the message that I would be giving to the counterparts of the Israeli government is you know 'we regard you in many ways as perhaps among our most trusted and innovative partners'," he said.

"We have had some really big reforms, some of them might be of interest to you. One is called 'production linked incentive', which is to attract manufacturing to India from the birth so that anybody who is bringing in new production capacities and delivering on it is incentivised appropriately. Now this has covered 13 sectors so far. And many of them are exactly the sectors which some of you are interested in including batteries, electronics et al,” he said.

"India is a very welcoming place for business. Not just business, we would like to see more partnerships. And both of our societies recognise that our strength lies in the quality of our people,” he added.

He said the current priorities are digital, it is health, it continues to be water, in fact water has become bigger. “It will be more agriculture as agriculture gets more commercialised. It will be defence because there is an effort today to localise defence manufacturing; more and more products will be put on a list which will have to be made in India,” he said.

Later, he tweeted that a “productive meeting with Israeli chambers of commerce and the innovation ecosystem.”

“Appreciate their visible enthusiasm for doing more partnerships with India. Many post-Covid priorities including digital,health,agriculture & green growth are natural areas for our collaboration,” he tweeted.

“Encouraged Israeli businesses to focus more deeply on Indian opportunities. And take advantage of our business friendly policies,” he said in another tweet.

The roundtable discussions on promoting bilateral trade ties included leading officials of almost all the important business organisations in Israel.

He will also be holding talks with leading academics from all over Israel, business community leaders and interacting with the Indian Jewish community.

Jaishankar will also be visiting places of historical significance to India, demonstrating its long-term presence in the region and constructive role played in shaping the history of the region.

India and Israel elevated bilateral relations to a strategic partnership during the historic visit of Prime Minister Narendra Modi to Israel in July 2017.

Since then, the relationship between the two countries has focused on expanding knowledge-based partnership, which includes collaboration in innovation and research, including boosting the 'Make in India' initiative, the Ministry of External Affairs said in a statement ahead of his departure.