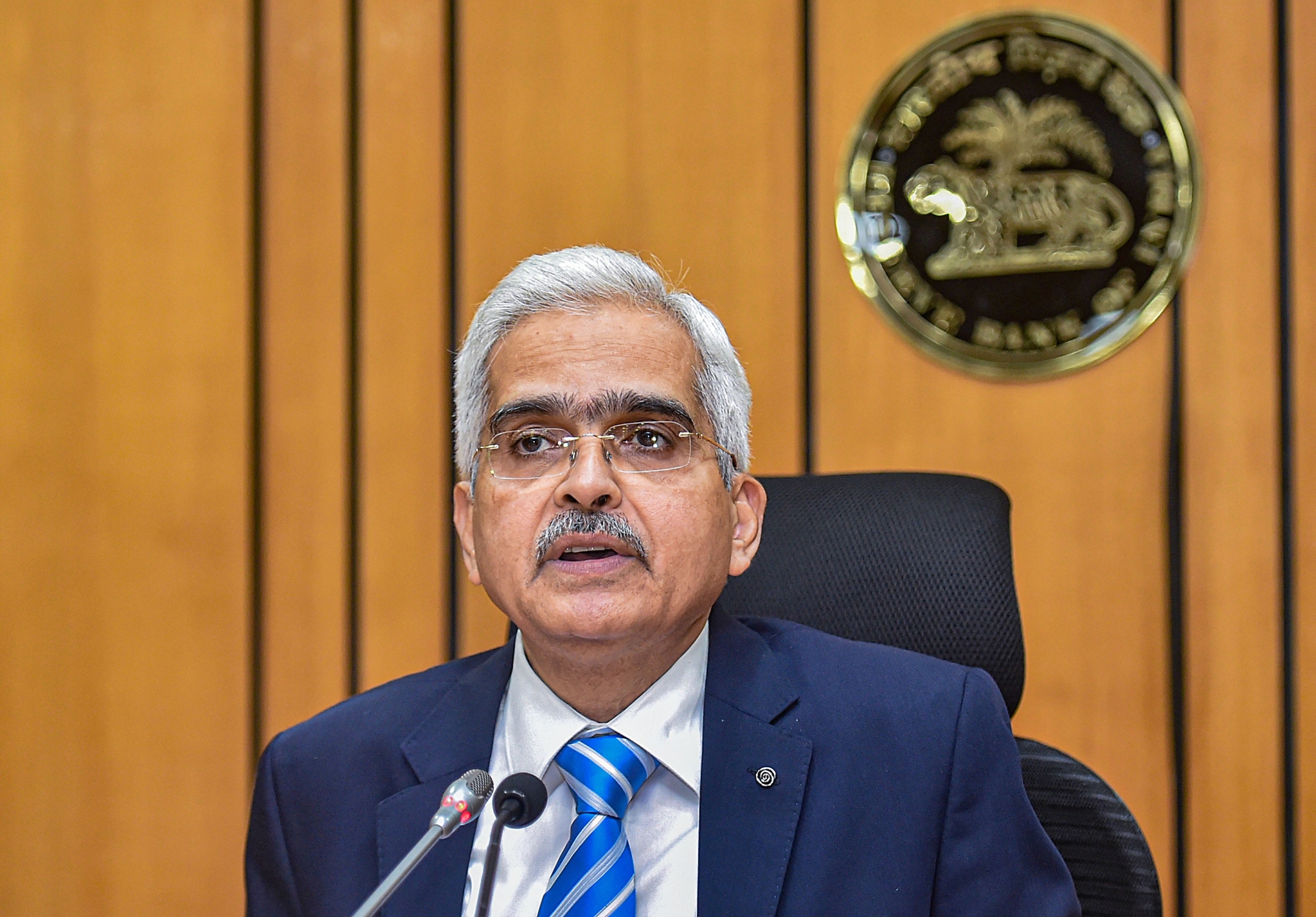 Unveiling the bi-monthly monetary policy, RBI Governor Shaktikanta Dad said high-frequency indicators suggest that consumption (both private and government); investment; and external demand are all on the path of regaining traction. | Mitesh Bhuvad

The Reserve Bank on Friday retained the real GDP growth projection at 9.5 per cent for 2021-22 as domestic economic activity has started normalising with the ebbing of the second wave of the virus and the phased reopening of the economy.

In the June monetary policy, the RBI had lowered the growth projection for 2021-22 to 9.5 per cent from 10.5 per cent estimated earlier.

Unveiling the bi-monthly monetary policy, RBI Governor Shaktikanta Dad said high-frequency indicators suggest that consumption (both private and government); investment; and external demand are all on the path of regaining traction.

He said the results of the July round of the Reserve Bankâ€™s consumer confidence survey suggest that one year ahead, sentiments returned to optimistic territory from historic lows.

Also, early results from listed firms show that corporates have been able to maintain their healthy growth in sales, wage growth and profitability, led by information technology firms.

The governor said that although investment demand is still anaemic, improving capacity utilisation, rising steel consumption, higher imports of capital goods, congenial monetary and financial conditions and the economic packages announced by the central government are expected to kick-start a long-awaited revival.

"Taking all these factors into consideration, projection of real GDP growth is retained at 9.5 per cent in 2021-22...," he said.

Real GDP growth for first quarter of the next fiscal beginning April 1, 2022, is projected at 17.2 per cent.

The governor also said, "Today, we are in a much better position" than at the time of the MPCâ€™s meeting in June 2021.

"As the second wave of the pandemic ebbs, containment eases and we slowly build back, vaccine manufacturing and administration are steadily rising," he said.

Yet the need of the hour is not to drop our guard and to remain vigilant against any possibility of a third wave, especially in the background of rising infections in certain parts of the country, he said.