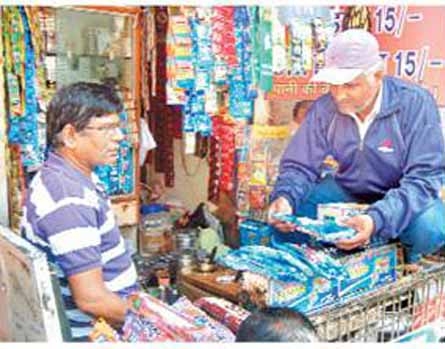 Submitting a memorandum to Chief Minister Himanta Biswa Sarma, the Greater Guwahati Paan Shop Business Association (GGPSBA) asserted that "such impractical" laws will ruin the livelihood of lakhs of people in the state engaged in tobacco retail. |

‘Paan’, the much loved after-meal treat, has come in the eye of controversy as owners of shops selling betel leaf in Guwahati and other parts of the state have taken umbrage over a recent licensing proposal, alleging that it is aimed at aiding foreign companies and supermarkets.

Submitting a memorandum to Chief Minister Himanta Biswa Sarma, the Greater Guwahati Paan Shop Business Association (GGPSBA) asserted that "such impractical" laws will ruin the livelihood of lakhs of people in the state engaged in tobacco retail.

The Association raised its concerns over the proposal brought by the Guwahati Municipal Corporation on July 16 that mandates separate licences for retailers selling tobacco products like pan, bidi and cigarette in the city.

"The proposal requires heavy licence and renewal fees, and talks of penalties for erring retailers. We believe such measures will cause massive harassment to thousands of poor and mostly uneducated micro-retailers at the hands of enforcement officials.

"It will lead to a sharp increase in their cost of doing business at a time when they are already in a desperate situation due to a massive loss in business on account of COVID-19," the GGPSBA said.

The Association claims to represent around 60,000 micro, small and medium retailers of northeastern states, giving livelihood to over three lakh people. Of them, about 10,000 members belong to the Kamrup Metropolitan District, comprising primarily Guwahati city.

It said that these small shop owners earn a living by selling goods of daily need like biscuits, soft drinks, mineral water and other stationery items along with tobacco products, and fetch around Rs 4,000-Rs 8,000 per month, which is barely enough for two square meals a day.

"The Association is of the view that the proposed licensing law for selling tobacco products is brought under pressure from anti-tobacco NGOs with vested interests, and will only aid shifting of tobacco retailing business to foreign companies, supermarkets and malls.

"We believe the impractical regulations… indicate a lack of exposure of officials tasked with the drafting of tobacco control laws. Such laws may only ruin the livelihood of lakhs of poor people in the state living off tobacco retail," it said.

The GGPSBA urged the state government to withdraw the proposal, and instead, help the members recover from the loss of income due to the pandemic.

GGPSBA general secretary Balaram Sarkar said the tobacco retailing business has traditionally been in the hands of thousands of small shopkeepers in the unorganised sector, and they are struggling to survive due to repeated lockdowns to curb COVID-19 cases.

"This is the time to provide relief to small and marginal retailers and we request the Commissioner, Guwahati Municipal Corporation to roll back this proposal, and come up with policies that support the creation of livelihood opportunities for our members," he added