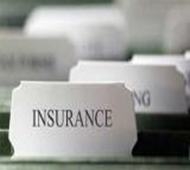 Suspense continues on whether vehicle buyers will have to shell out a huge amount towards insurance premium upfront for five years from Wednesday onwards to comply with the Madras High Court order.

As things stand now, new car buyers in Tamil Nadu from Wednesday onwards, have to pay huge sums as premium for five years.

It is learnt the industry lobby body, General Insurance Council is exploring various options including legal ones to wriggle out of the situation.

"The IRDAI (Insurance Regulatory and Development Authority of India) has to approve such a product first. There is no five-year bumper-to-bumper car vehicle insurance policy," Saharsh Damani, CEO, Federation of Automobile Dealers Associations (FADA) told IANS.

Non-insurance industry officials told IANS, none of the insurers have a five year bumper-to-bumper insurance policy for cars and two wheelers.

Such a product has to be designed after doing actuarial calculations.

Industry officials starting from the sectoral regulator IRDAI and the insurers are keeping mum on the issue though claiming to serve the interests of the insuring public.

Recently, the Madras High Court by an order made the costly bumper-to-bumper insurance cover compulsory for all new private cars sold from September 1, 2021.

The court also ordered circulation of the judgement by the Additional Chief Secretary, Transport Department, Chennai, to all the insurers and the said officers must ensure that the above direction is followed scrupulously in letter and spirit without any deviation.

"Why should the insurers issue any instructions. They will be happy if the order is implemented as they will get lump sum premium income upfront," an insurance intermediary not wanting to be quoted told IANS.

The headless IRDAI has not issued any public notice/guidance in this regard.

The Tamil Nadu government is also silent on this aspect as the court had ordered the circulation of its order to Additional Secretary, Transport Department.

"We have not got any circular from the head office in this regard," an official of a public sector general insurer told IANS preferring anonymity.

The court posted the matter for September 30 for reporting compliance.

"The insurers will be silent as the court had not ordered them. It is for the IRDAI to issue necessary instructions making personal accident insurance cover for occupants of a private car and the pillion riders of two wheelers compulsory. Now it is optional," Americai V. Narayanan, Chairman, ICM Insurance Brokers Pvt Ltd told IANS.

Narayanan said the bumper-to-bumper insurance cover will cost more than the comprehensive insurance cover as the claims under the former will be settled on replacement cost basis while under the latter depreciation will be applied on the component cost.

Vehicle insurance policies are two parts -- own damage (insurance for the vehicle against damage, theft) and third party liability (liability for third parties).

The Madras High Court order is for making insurance cover for vehicles mandatory.

"It is a patently untenable order (court's order) and would not stand legal scrutiny if the vehicle makers or any other aggrieved party goes on appeal," D. Varadarajan, a Supreme Court advocate specialising in company/competition/insurance laws, told IANS.

Commenting on the lack of awareness on the part of car owners about the liability for occupants of the car the court while hearing a case ordered: "Therefore, this court directs that whenever a new vehicle is sold after 01.09.2021, it is mandatory for coverage of bumper-to-bumper insurance every year, in addition to covering the driver, passengers and owner of the vehicle, for a period of five years."

"Thereafter, the owner of the vehicle must be cautious in safeguarding the interest of driver, passengers, third parties and himself/herself, so as to avoid unnecessary liability being foisted on the owner of the vehicle, as beyond five years, as on date there is no provision to extend the bumper-to-bumper policy, due to its non-availability," the court ordered.