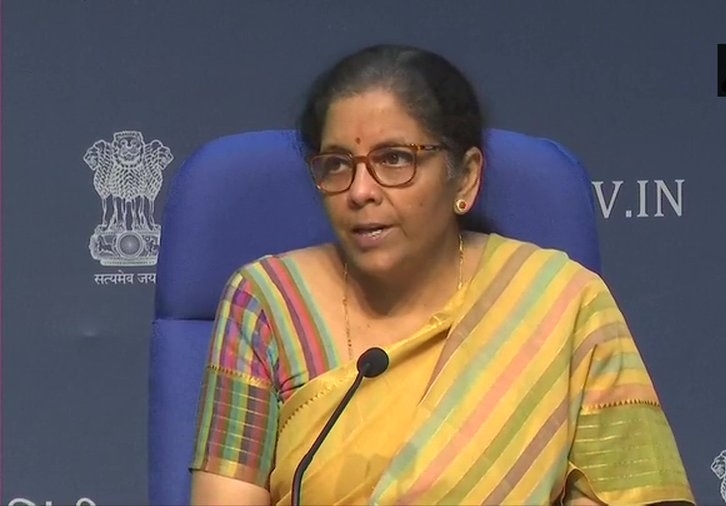 This is going to be a physical meeting unlike others held earlier this month./ Finance Minister Nirmala Sitharaman | | ANI

Sitharaman will hold a meeting with finance ministers of states on Thursday as part of customary pre-Budget consultations with various stakeholders. Sources told PTI, the meeting on December 30 would be held at Vigyan Bhawan here.

This is going to be a physical meeting unlike others held earlier this month. The Budget 2022-23 is likely to be presented on February 1 during the first half of Parliament's Budget session which usually begins in the last week of January every year.

Sitharaman has held meetings with stakeholders of industries, financial sectors players, labour unions, agriculturists and leading economists during which suggestions were made about rationalisation of income tax slabs, infrastructure status for digital services and incentives to hydrogen storage. Eight such meetings were held between December 15 and December 22, as per the finance ministry statement issued last week.

More than 120 invitees representing seven stakeholder groups participated in eight meetings, scheduled during this period, it said. It will be the fourth Budget of Modi 2.0 government and Sitharaman. The Budget would come against the backdrop of gradual recovery taking place in the Indian economy hit by the COVID-19 pandemic.

The growth this fiscal year is expected to be in double-digit. The RBI in its latest bi-monthly monetary policy review pegged a GDP growth of 9.5 per cent in 2021-22. The government has projected a fiscal deficit of 6.8 per cent of the gross domestic product (GDP).