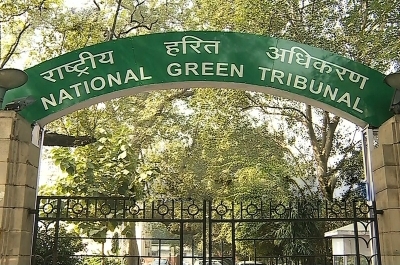 The NGT said it is surprising that the state PCB has failed in securing compliance, as directed, |

The National Green Tribunal (NGT) has imposed a cost of Rs 1 lakh on the Punjab Pollution Control Board for a long, unexplained delay in compliance of its order with regard to an industry in Barnala.

A bench headed by NGT Chairperson Justice Adarsh Kumar Goel said no explanation has been furnished by the officer representing state PCB except for orally stating that the board has been issuing directions to the industry.

The tribunal noted that no direction has been produced nor there is any explanation as to why adverse measures were not taken against the erring factory.

“In view of long unexplained delay on the part of the state PCB in complying with the orders of this tribunal, we impose a cost of Rs 1 lakh which may be deposited with CPCB within one month which will be personal responsibility of the Member Secretary, PCB.

“State PCB is free to recover the same from the erring officers. We further direct the state PCB to now ensure compliance and file compliance report,” the bench said.

The industry may achieve suggested water consumption/minimisation steps, reduction in generation of effluents, following proper ferti-irrigation plan, to be duly monitored and compliant with emission standards, the tribunal said.

It also asked the state pollution control board to clarify on dual mode of disposal system consented - on land and in Dhanaula drain and mechanism for monitoring standards with two different systems of disposal.

The state PCB has to put the industrial unit to notice of proceedings before the NGT so that it has an opportunity to show cause before the Tribunal as to why the green panel should not take coercive measures in the matter for its continuing failure. The registry may also send notice by e-mail to the said unit, the NGT ordered.

The matter is listed fir further consideration on November 12.