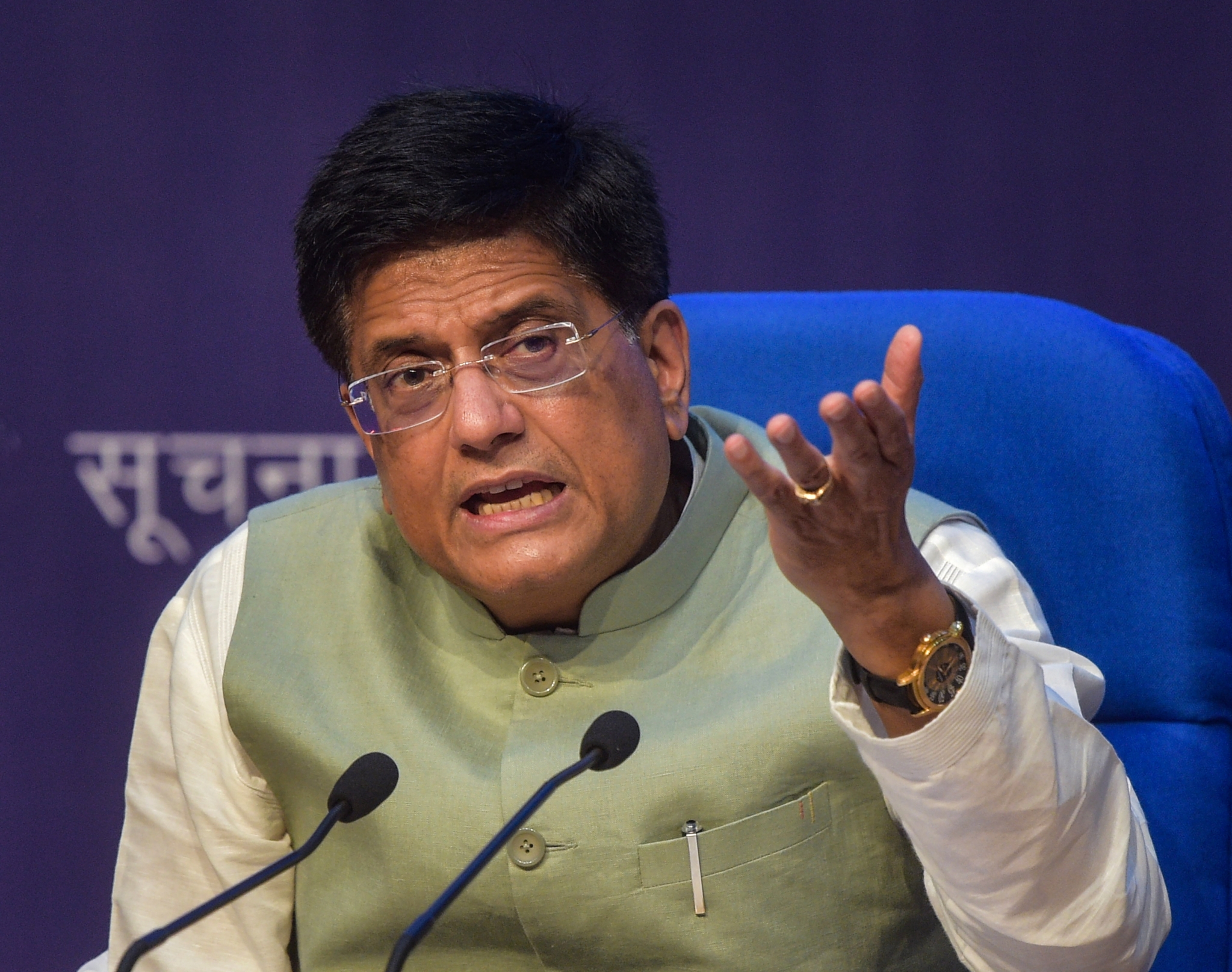 The two-way trade between India and ASEAN is about $80 billion and removal of non-trade barriers would help take this figure to $200 billion in the coming years \ Commerce and Industry Minister, Piyush Goyal |

Commerce and Industry Minister Piyush Goyal said today that there is a need to re-negotiate the existing trade relationship and relook at the free trade agreement with 10-member ASEAN bloc with an aim to eliminate barriers and misuse of the Free Trade Agreement (FTA).

The two-way trade between India and ASEAN (Association of Southeast Asian Nations) is about $80 billion and removal of non-trade barriers and other impediments would help take this figure to $200 billion in the coming years, he said.

"It is unfortunate that in the recent past, we had to deal with several restrictive barriers on our exports in the ASEAN region particularly in the agri and the auto sector. I think these only result in reciprocal action from other countries including from India and will hurt the long-term desire of our leaders to expand trade between the countries."

"Therefore, I think there is a need for re-negotiating the existing trade relationship, trade barriers, relooking at our FTA with ASEAN and focusing on new rules to eliminate the misuse of the FTA, eliminating non-tariff barriers, and that can ultimately lead to building confidence on both the sides to reduce tariffs for inter-Asean and India trade," Goyal said.

He was speaking at CII's Indo-ASEAN Business Summit. The minister urged his ASEAN counterparts to support the effort for early conclusion of scoping exercise and commencement of the trade pact review.

To make trade successful, he said it needs to be fair, equitable, transparent, reciprocal and inclusive. "Let me also underscore that if we were to review the ASEAN India Trade in Goods Agreement, it can truly promote trade on both sides, support industry and manufacturing on both sides and help us support each other truly to become modern progressive economies," he added.

The minister said that India has currently been witnessing exponential growth in imports from the ASEAN region while exports have been impeded by non-reciprocity in FTA concessions, non-tariff barriers, import regulations, quotas and export taxes from ASEAN countries.

"Such a review will enable alignment with contemporary trade practices, procedures and regulatory harmonisation, curbing the misuse of FTAs, often by third parties outside the ASEAN region. This will help us to build vibrant supply chains through deeper trade and investment relations," he added.

The ASEAN-India Trade in Goods Agreement was signed on August 13, 2009. It came into force on January 1, 2010. Members of the Association of Southeast Asian Nations (ASEAN) are: Indonesia, Thailand, Singapore, Malaysia, the Philippines, Vietnam, Myanmar, Cambodia, Brunei and Laos.

Further the minister said India has a big role to play to mitigate global health risks in future as 70 per cent of global vaccines are now produced here.

"We assure ASEAN full cooperation in generic drug manufacturing. There is an opportunity for collaboration in pharma production including vaccines and capacity-building between India and the ASEAN," he said, adding one of the critical challenges to be tackled is the underdeveloped infra and connectivity in this region.

He added that nine of 10 ASEAN nations touch the sea, therefore this region has potential to become a major hub of port logistics.