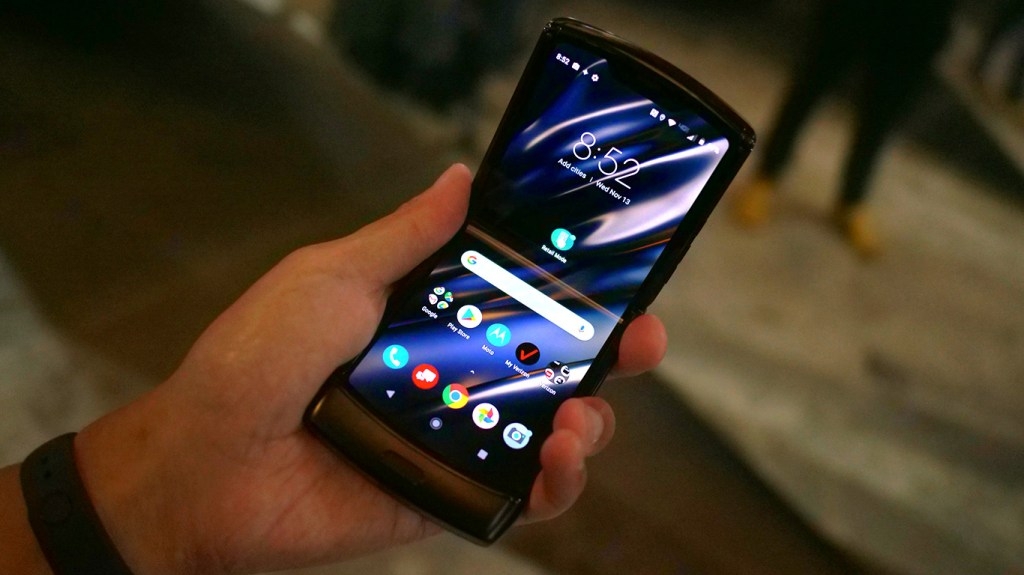 Motorola on Tuesday said its focus on bringing innovative smartphones at different price points has helped the company log "profitable, hyper growth", and it aims to grow "at least in triple digits" in the Indian market over the coming quarters.

"For the whole (smartphone) industry and specifically for Motorola and Lenovo, I think we have seen a lot of hyper growth to our business overall.

"Last quarter, we finished at 64 per cent revenue growth in Motorola globally and this has not just happened in one region or two, we have seen very high double-digit or triple-digit growth in all the geos across Motorola," he said.

In Latin America, Motorola had about 21.2 per cent market share - its highest ever.

Europe, Middle East and Africa (EMEA) and Asia-Pacific have registered five consecutive quarters of profitable growth. EMEA revenue grew 42 per cent year-on-year, while that from APAC was up 161 per cent y-o-y.

"In India, we've had three consecutive quarters of more than 300 per cent y-o-y growth. Last quarter, we had a 349 per cent growth in revenue, profitable growth.

"We've grown 235 per cent faster than the market, we call it premium to market that is a key metric for us," Mani said.

"We are seeing very strong performance across regions, across markets, specifically in India.

"Our aim is to grow at least in triple digits, and obviously, I think we are saying that the market is not going to grow at triple digits. So, we will be gaining shares every month, every quarter," Mani said.

He added that the company is focussed on growing much faster than the market and growing profitably.

Asked about factors that have helped Motorola register such strong growth, Mani said the company is focussed on "bringing in innovations which are at different price points", which is the fundamental core belief of Motorola.

Demand for smartphones and PCs have soared across the globe amid the pandemic as people embraced work and study from home.

The April-June quarter saw the Indian smartphone market clocking 86 per cent year-on-year growth to reach about 34 million units. Xiaomi led the market with a 29.2 per cent market share, followed by Samsung (16.3 per cent), Vivo (14.8 per cent), Realme (14.5 per cent) and Oppo (11.6 per cent) in the June 2021 quarter, as per data from research firm IDC.

Motorola, on Tuesday, also launched two new devices -- to strengthen its position in the mid-premium segment.