In a ruling the board said that the company's adult nudity policy has been based on a binary view of gender and it is a barrier to expression for non-binary, intersex, women and transgender people.

The oversight board of social media giant Meta on Tuesday overturned its decision to remove two Instagram posts depicting transgender and non-binary people with bare breasts. The board also added that the company needed to make its policy more inclusive.

The board, which is composed of academics, politicians, and journalists, is funded by Meta but operates independently. In a ruling, the board said that the company's adult nudity policy has been based on a binary view of gender and is a barrier to expression for non-binary, intersex, women, and transgender people. It also found that removing the said posts was in violation of the company's community standard, human rights responsibilities, and values.

The board has asked the tech giant to change its rules on adult nudity and sexual activity in order to ensure that they are governed by international human rights standards. 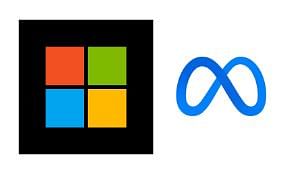 The company's policy prohibits any images containing female nipples unless they are used for health and medical purposes. The board found this to be based on a distinction between male and female, and it also required rapid and subjective assessments of sex and gender by the reviewers.

The board's decision was to ensure that every user is treated equally without any discrimination on the basis of gender or sex. The company needs to clearly define rights respecting criteria and also provide more information on the set criteria, which can lead to the removal of content because of the Sexual Solicitation Community Standard. It also needs to revise the guidance for moderators so that there is more accuracy in the decisions related to this rule. According to the board, this will help reduce enforcement errors on Meta's part.

The recommendations are said to be binding, and the company will most likely follow them. The social media giant has 60 days to publicly respond to the board's recommendation.

This policy has been the subject of intense debate for a long time, and it often came in the way of breastfeeding women, whose content was always censored. The movement to de-sexualize the image of breasts began almost two decades ago, in 2000, but it went mainstream in 2012, after Facebook took down clips from the documentary Free the Nipple.

Healthcare – An inclusive development priority of Budget 2023 – implementation will be the key!