Jio is all about First Principles thinking, says Mohit Kapoor 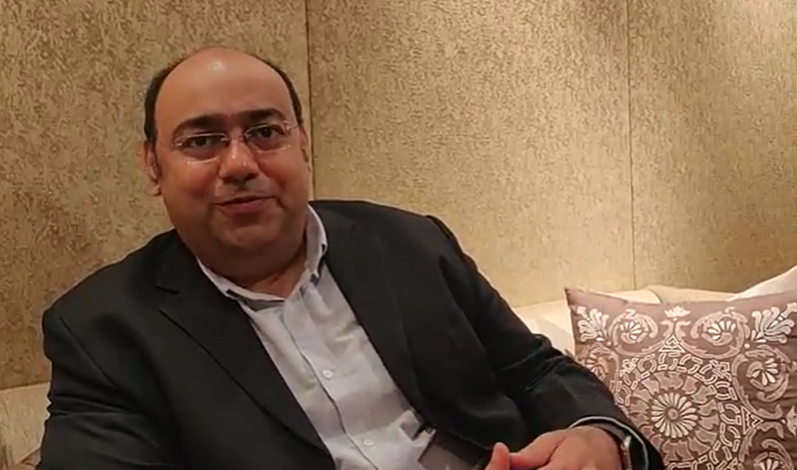 Jio is all about First Principles thinking, says Mohit Kapoor to BrandSutra |

MOHIT KAPOOR, Group Vice President - Advertising & Innovations, Jio Platforms Limited and Mentor, JioGenNext, is an entrepreneur, telecom and Internet specialist, leading the disruptive growth of Brand Jio. Here, he tells in his own words the amazing story of his journey at Jio

It began with a demo…

I had a small start-up and was doing a demo for it before the Reliance team, when they asked me if I could set it up here at Reliance. So, we were actually acquired and asked to draw up a plan with product, potential market size and total market size. I remember making a very aggressive plan of taking 50% of the market, but it did not cut ice with them. So I took that market-share to 70-80%, but I was again berated. Then I learnt what really ticked at Reliance. You plan for 10x of the industry size, and then take half of that business. You think of expanding the industry and category, rather than dominating it or representing only a part of it; your way of working and level of thinking become very, very different. So you have a 10x plan which would typically take 3-5 years, but you need to create a plan to deliver it in the next 6 months. You can literally break in such a scenario. But that’s really what defines Reliance. I’m very fortunate that I’ve set up three key verticals here. I set up an alliances vertical. More recently, I set up the advertising business from scratch.

My learnings have been about ‘First Principles’ thinking - not going with the norms of industry or market size but looking at some best business cases across the world and trying to replicate some of them or getting people with the needed expertise to cover experience gaps. Tesla or pretty much every large innovation in the world has happened on the basis of First Principles, going down to the last possible subset or level of a product and coming up with innovations.

Jio never looks at competition. It looks at the total market. We have about 850 million mobile phones in the country - approximately 500 million smartphones and 350 million 2G feature phones. Broadly speaking about migration from feature phone to smartphone, there is a price and affordability barrier for a certain segment of the population. So, we have focused on the 350 million feature phone users as a very large segment of the market and created our own operating system, again using First Principles, for a smartphone for this segment. It was the first experience of Internet for those users of the Jio phone. That is phase one for basic content consumption. Phase 2 is where phones get utilized for more productivity, rather than just entertainment – study, search or book tickets, etc. Phase 3 is where the content creators start getting their content up. No other telecom carrier has attempted to get into their own devices to the extent we have. We are now bringing out Jio Phone Next, in partnership with Google. It's going to be a very attractively priced device, due for launch in a couple of months. We would have launched it by now but for the global chip supply shortage. If you see other networks, they are doing 4G in very small pockets. The large networks continue to be 2G.

The Reliance commitment to the nation is that we have a full 4G network, down to the farthest village of the country.

I am an entrepreneur. That’s how I operate at Reliance as well. For me, JioGenNext is an extremely vibrant space with a lot of founders, a lot of problems, and a lot of lively sessions. I have an open door for every start-up founder, and if I can help in any way, I do. I share very good relationships with the founders. For the last two years, the focus has been more on start-ups somewhere related to Jio and the tech mobility perspective.

I actually spent a good amount of time on at least two companies. One is Recipe Book - if you open your refrigerator and point your camera to the stuff lying inside it, their AI application will give you recommendations of recipes. The other company which raised a very large round of funding recently was into testing of apps in different device environments. We actually gave a lab to this US-based founder and I remember introducing them to nearly 30 large app-based companies, including Amazon.

Digital advertising has grown very fast and is close to 31% of the industry. The bulk of digital is taken away by Google and Facebook. Then there are some advertising spaces getting occupied by OTT – Hotstar, Jio TV, Voot, MX Player, etc. When we wanted to enter the industry, we had to think very different. The strategy piece that we adopted was that advertising requires a lot more than just having a telco user base. We had lot of things happening - commerce through Jio Mart, offline retail with Trends and Fresh, and Reliance Mart, etc. besides many other assets in the group. We may not be a big animal, we are a full zoo in terms of the number of things we have! I spent time with CEOs, CXOs, CMOs of a lot of companies, and everywhere, I got a lot of love, as they thought Jio had created magic and they wanted a piece of it. In the first year, we collected the largest set of problems of the largest number of brands across the industry. Then we tried to solve those problems. We had medias deployed and we had some strengths especially through Jio phone where we could do videos. We started creating engagements at scale, innovation stories within advertising. That’s been my focus and forte. We’ve had some amazing partners early on, like Unilever and Mondelez. For example, we did a campaign called ‘Wheel Ghar se Career’ which won awards in India and globally. It involved a pledge that women from smaller towns will work without hindrance and had a purpose attached to it. Several other campaigns followed. Jio and Mondelez have a great partnership story. One campaign was ‘The Wrapper that Gives’ – anyone buying a chocolate saves the wrapper, shows it on MyJio app and gets 1 GB of data free. Now we are running version 3.0 of that campaign. I met the global CMO of Mondelez and he is very appreciative of the work happening in India. In all of this, I applied two strategies: rural through Jio phone and engagement to enter the industry. We work with more than 250 brands at this point of time and with every agency. The Jio advertising team is the smallest team, but very productive in terms of revenue per manager. Now, we’ve done a 0-1 journey and 1-10 journey. For 10-100, it is a different scenario. There’s work around content acquisition and cricket stories, the FIFA story, more advertising inventories, etc. We'll expand the team to scale the business now. From this point onwards, there will be a team to take this business to a couple of thousand crores. We should do Rs 5,000-6,000 crore actually. We are moving very fast towards digital taking away 50% of the entire advertising industry of India. There is also a massive rush of brands going D2C - direct to consumer. Brands have started realizing that they’ve spent hundreds of crores on advertising but they still don’t know their consumer. That need of brands is going to drive digital further.

Jio is now Jio Platforms. The first step was to get Jio in the hands of the people. And our stated target was 500 million users. We are within reach now. The moment we launch our Jio Phone Next, Jio is clearly getting there. The second step is now work in progress - all engines fired up for the Jio Fiber to home business. It's a journey from a couple of million to 50 million. I cannot share the current numbers because they haven’t been made public. From scale perspective, the largest deployment of fiber in the world is done by Comcast in the US. Their last numbers, about a year ago, were about 20 to 25 million. So Jio is going to be the largest deployment globally.

The third engine of growth is tech requirement from enterprises. Jio is not only supplier of mobile and fiber connections, but our huge enterprise team has hundreds of solutions going out. The fourth engine of growth is the advertising business and within advertising, we have an app called MyJio which every Jio consumer uses. This app is on a journey of becoming a super app. What does the consumer need at the end of the day? There are large content apps, commerce apps, community apps and large connect apps like MyJio. The story of the future is going to be the company that merges all the 4Cs together to enable a seamless UI and UX experience. It’s really a race of the 4Cs which surround a single consumer. I am part of the Operator Innovation Alliance (OIA) globally, and they are looking to Jio for support in figuring out how to get into advertising. We have a lot of raw data on hand, and through our campaigns, we are able to cultivate that data. The real value of data in future is cultivated data.

UP CLOSE WITH MOHIT KAPOOR

Early days: I am a Chandigarh lad. After graduating from DL College, I joined Escotel. The guy who hired me moved to Alcatel in less than a year, and called me to Delhi to work with him. By the time I was 25, I was made country manager of Alcatel, perhaps the youngest country manager in India for a $25 billion multinational company. I had a phenomenal life. I travelled the world. I then moved to a Chinese company, where I worked in the devices space and spent time with design houses. I’ve two start-ups to my name. My second start-up team basically moved to Jio. So I've seen the high-flying corporate world and I've also seen a failed start-up. It’s been a great entrepreneurial journey.

In mindset: I’m more of a 0-1 and 1-10 kind of guy. I enjoy myself in industries where the growth is very, very, very, high. Disruptions to be carried out, where the curves have to be twisted and bent… I understand and enjoy it. I have a certain hunger and unending intellectual curiosity. That's why there's so much fun for me at Reliance - an environment where there is creation and delivery to intellectual curiosity.

At home: In the last year-and-a half, I have been cooking a fair bit for my two boys, who are 15 and 17. Spending time with them is very valuable to me. I cook mostly gourmet dishes, as I like to do different things. At home, I have a beagle called Muffin and I love him. But what I'm most passionate about is the way I do my coffee. It is a very important part of the day for me.