Indian Rupee to remain under pressure; may settle at around 79-80/USD in near term, say experts

Indian Rupee to remain under pressure; may settle at around 79-80/USD in near term, say experts | Photo: Pixabay

India's rupee is likely to remain under pressure due to high prices of crude oil and other commodities, and may stabilise at around 79-80 against the US dollar in the near term, say experts amid limited headroom available with the Reserve Bank to check the weakening of the domestic currency.

The currency has slumped over 5 per cent this year after Russia's invasion of Ukraine sent international crude oil prices soaring to a decade high. On Monday, rupee ended at a fresh all-time low of 78.34 (provisional) against the US dollar. The previous all-time low was at the 78.32 level recorded on Thursday.

For a nation that is 85 per cent dependent on imports to meet its oil needs and 50 per cent for gas requirements, soaring international energy and commodity prices have worsened its external finances. India's crude oil imports bill had more than doubled in May to USD 19.19 billion.

Also, the continuing FPI (Foreign Portfolio Investments) outflows has put the Reserve Bank of India (RBI) in a situation where it cannot go all out to strengthen the rupee as it needs to hold on to forex reserves to meet the import requirements.

An article published in the RBI's latest bulletin has cautioned that in case of an adverse global scenario, potential portfolio outflows can average up to 3.2 per cent of GDP or USD 100 billion (Rs 7.8 lakh crore) in a year.

The article, titled 'Capital Flows at Risk: India's Experience' further said in a 'black swan' event comprising a combination of shocks, potential portfolio outflows can rise to 7.7 per cent of GDP.

According to NSDL, foreign portfolio investors sold a net of USD 28.48 billion in local securities during 2022.

After the Philippine peso and the Thai baht, the rupee was the third-worst performing Asian currency in recent months.

Amid concerns expressed in certain quarters on depreciating rupee, RBI Deputy Governor Michael D Patra last week said the central bank will continue to intervene in the forex market to check volatility and ensure there are "no jerky movements".

Patra, however, retreated that the RBI will not set any level for the domestic currency against the US dollar.

"We are likely to see the exchange rate in the range of 77.5 to 79.5 depending on the movement of oil prices and other commodity prices as those have begun softening owing to two factors -- risk of demand slowdown with hawkish actions of central banks to control inflation and cheaper oil from Russia leading to possibly lesser demand of Brent and WTI from China and to an extent also from India," he said.

Aditi Nayar, Chief Economist at ICRA, said the policy tightening by the US Federal Reserve amid the risk aversion environment is expected to strengthen the US dollar, thereby imparting a depreciating bias to the INR against the USD.

"...a run-up in crude oil prices from current levels poses a risk to the INR. Amidst the global headwinds, we expect the INR to trade between 77.0-80.0/USD in the remainder of H1 FY2023," she said.

On whether the RBI can check the rupee slide, QuantEco Research said, "we believe the RBI has adequate firepower from the forex perspective. Despite the recent drawdown of reserves, the import cover holds above 11 months." Further, the research firm said that despite the 5.3 per cent weakness in rupee in 2022 so far, the pressure on the local currency appears moderate when seen from the peer perspective -- most emerging market currencies have come under severe pressure amidst a rising global rates environment and heightened geopolitical uncertainty.

Dilip Parmar, Research Analyst at HDFC Securities, opined that the central bank is having enough reserves and options to stabilise the rupee. However, the direction of the USD-INR will be determined by the demand-supply matrix and currently, the demand for the dollar is very high.

"We believe the rupee could stabilise at around 79.50 and expect more depreciation from here on as the market is pricing in higher interest rates and weaker growth," he added.

Gaurang Somaiya, forex and bullion analyst at Motilal Oswal Financial Services Limited, said the rupee could continue to depreciate against the US dollar but the pace could be slow with the RBI's active interventions.

"We are of the view that USD-INR is headed towards the 80-mark in the next couple of quarters if inflation related concerns continue to remain high. FIIs, if (they) remain net sellers, too could contribute to the slide in rupee," Somaiya said.

The country's foreign exchange reserves declined by USD 5.87 billion to USD 590.588 billion in the week ended on June 17, the RBI data showed. 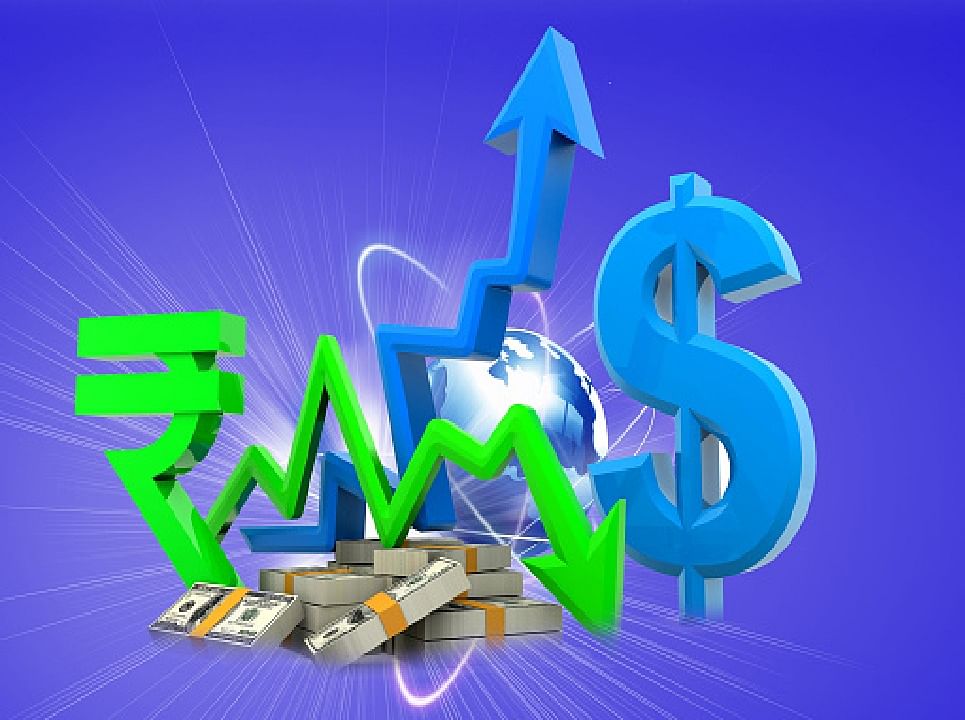 HomeBusinessIndian Rupee to remain under pressure; may settle at around 79-80/USD in near term, say experts