The retail inflation based on the consumer price index (CPI) has remained above the Reserve Bank's comfort level of 6 per cent since January.

Finance Minister Nirmala Sitharaman on Wednesday exuded confidence that India will succeed in handling inflation better as it has already put in place a "very good framework" in place to address supply side pressures on food prices.

The retail inflation based on the consumer price index (CPI) has remained above the Reserve Bank's comfort level of 6 per cent since January.

Virtually participating in 'Reuters NEXT' event, the finance minister also acknowledged that inflation due to imports of commodities like crude oil is going to persist.

"We probably will succeed in handling inflation better and there is clearly a picture from the RBI that is on a downward slide and it will be well within the tolerance band by early next year or middle of next year," said the minister who is scheduled to present the Union Budget for 2023-24 early next year.

Sitharaman further said inflation is going to be influenced by external factors but within India, "we are comfortable" in terms of agricultural supplies, and energy among others.

"I look forward to a good, fast growing Indian economy and the next year," the minister said.

To a question related to crude oil prices, the minister said since February India has shown its stand which is in the country's interest.

"I need to have affordable prices, I need to have those prices which are sustainable and above all global public goods will have to be available for everyone.

"They cannot be weaponised. I would think if movement of goods is restricted, it is going to hurt some of us," she said.

Read Also
India's GDP growth slows down to 6.3% for July-Sept quarter in FY23 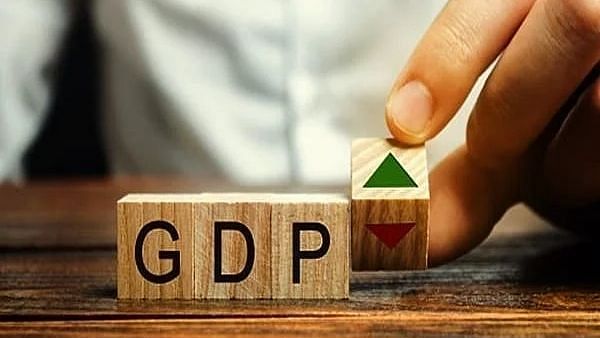 The minister said that India's import from Russia has gone up and countries in the West too are importing a lot more now from Russia, like fuel.

"So India's imports, like many other countries, from Russia are going up because the price factor favours buying from Russia. India is not isolated in this...Those who are calling for price cap are themselves importing a lot more from Russia," Sitharaman said.

When asked about Russia's interest in importing some items from India, the minister said India has already announced the rupee trade framework.

"It is not a new framework. It has existed several decades and if under that we are able to buy and sell, we will certainly like to do it. For the fertiliser or fuel that we buy, we certainly need to balance it by selling some things from India. Framework is in place, but we will use it when we need," Sitharaman added.