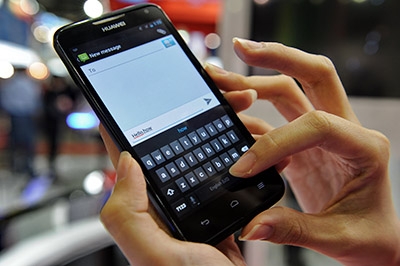 The India Cellular and Electronics Association (ICEA) said on Tuesday that it has written to various state chief ministers to reduce the GST rates on mobile phones to 12 per cent and on mobile parts and components to 5 per cent.

The 12 per cent GST rate on mobile handsets had increased tax by almost 50 per cent in this sector from a prevailing national average rate of 8.2 per cent (pre-GST era).

The mobile industry was emerging from the GST rate hike and the government once again increased the rate by another 50 per cent (from 12 per cent to 18 per cent).

"This increase in the GST rate has a trickle-down effect leading to the rise in prices for the consumer, which, in turn, is decreasing the demand for mobile phones," the ICEA said in a statement.

Further, the move is proving to be a deterrent to the 'Digital India' initiative, as the existing high cost of smartphones amplifies more due to the increase in GST rate," the industry body lamented.

The ICEA, in association with Ernst & Young (EY), also released a report, titled a consequential GST step: Boon or Bane for Mobile Handset Industry?', that underlines the importance of mobile phones in the current economic environment and taxation laws applicable on mobile phones.

"This report captures all the focal points for policymakers that highlight the increase in GST rates of mobile handsets and its parts and components," said Pankaj Mohindroo, Chairman, ICEA.

"Affordability will be key to India reaching a $80 billion size in the domestic market by 2026, and the GST rates will play an important role," he added.

Mobile phone subscribers have crossed the one-billion mark, and the monthly sales of mobile phones have consistently been between 20-27 million in numbers.

"The rates for mobile phones and parts must be rationalised, and as highlighted in this report, brought back to 12 per cent on the mobile phones and simultaneously removing the inverted duty structure," said Bipin Sapra, Partner, EY.