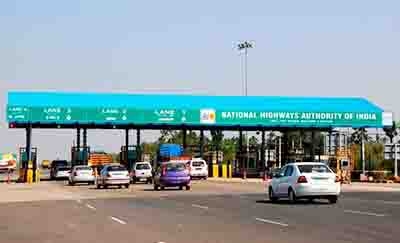 This scheme will facilitate free movement of personal vehicles across states/union territories of India upon relocation. |

To ensure seamless transfer of personal vehicles across states, the road transport ministry has come up with a new registration mark for new vehicles - Bharat Series (BH-series).

In this regard, the government has notified a new vehicle registration regime that will free vehicle owners from re-registration process when they shift from one state/union territory to another.

"This vehicle registration facility under ''Bharat series (BH-series)'' will be available on voluntary basis to defense personnel, employees of central government/ state government/ central/ state public sector undertakings and private sector companies/organisations, which have their offices in four or more states/union territories," the Ministry of Road Transport and Highways (MoRTH) said in a statement.

This scheme, it said, will facilitate free movement of personal vehicles across states/union territories of India upon relocation.

The format of BH-series registration mark will be YY BH #### XX. YY denotes the year of first registration, BH is code for Bharat Series, #### is the randomised four digit number and XX are two alphabets.

It further said that 2 per cent extra charge will be levied for diesel vehicles, while electric vehicles will be charged 2 per cent less tax.

In case, where the vehicle bears BH-series registration mark, the motor vehicle tax shall be levied electronically.

The new rules also called Central Motor Vehicles (Twentieth Amendment) Rules, 2021, shall come into force with effect from September 15, 2021. The registration mark for BH-series vehicle will be generated randomly through the portal.

Currently, a person is allowed to keep vehicle for a maximum of 12 months in any state other than the state where it is registered. The owners has to get such vehicles re-registered before the expiry of 12 months.

At present, a passenger vehicle owner for re-registration of vehicle has to take no objection certificate from the parent state for assignment of a new registration mark in another state.

Also, the assignment of new registration mark is done after the road tax on pro rata basis is paid in the new state.