Give back our land or employ us as agreed: Workers demand of PCA Automobiles 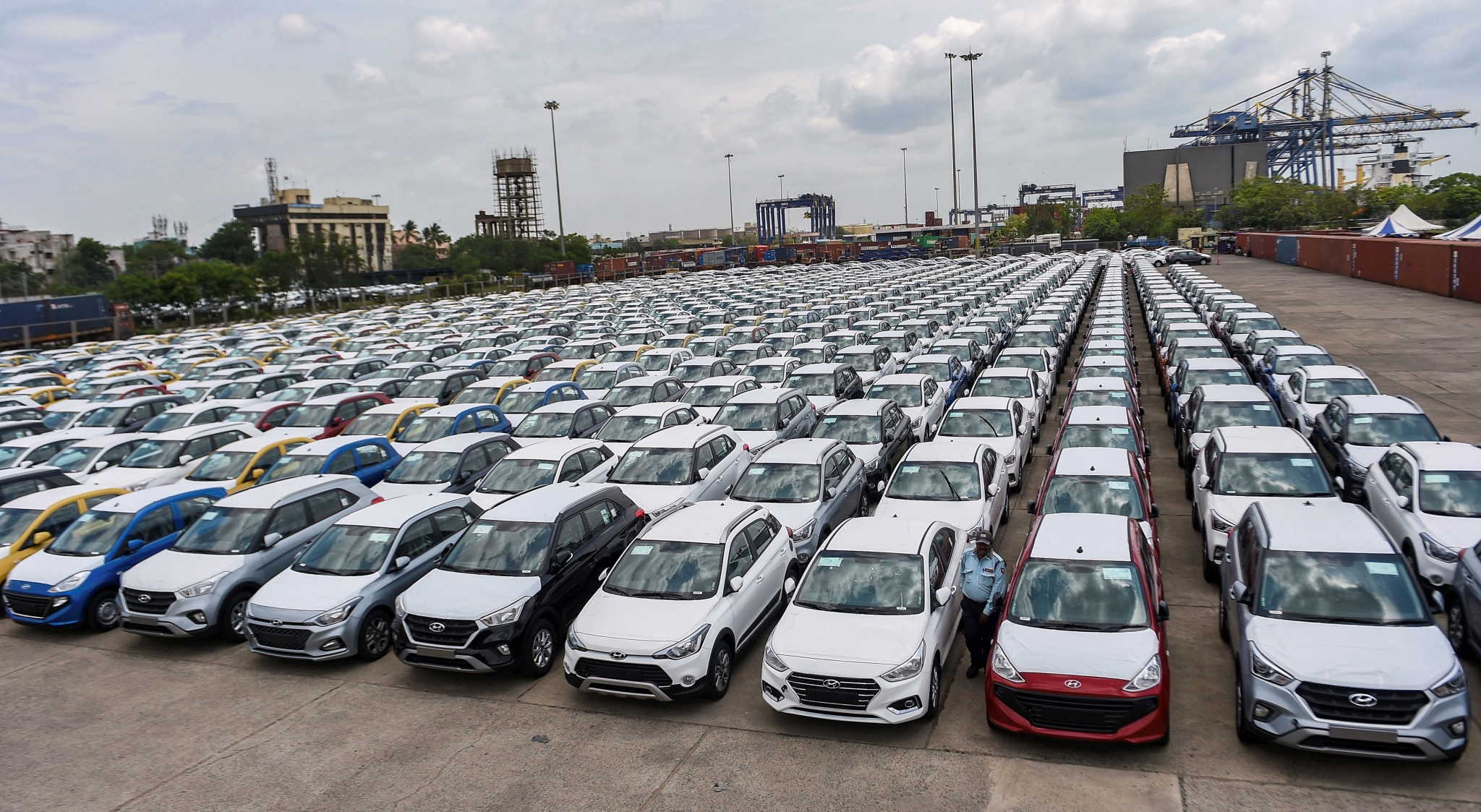 'Give back our land or get us our jobs' is the demand to the Tamil Nadu government from 22 persons whose grandfathers had given their land to Hindustan Motors Ltd in 1968.

The demand is going to echo at the sit-in protest to be held on October 1 at the Tiruvallur district collectorate.

The 22 persons as well as over 150 contract workers are demanding employment in PCA Automobiles India Private Limited -- a joint venture between global automotive manufacturer Stellantis Group and the C.K. Birla group.

Later about 175 permanent workers and over 150 contract workers were retrenched by Hindustan Motor Finance Corporation and the plant was transferred to PCA Automobiles.

"We were retrenched despite an agreement signed between the two joint venture partners that the workers will be absorbed by PCA Automobiles," H. Ismail, one of the retrenched workers whose grandfather's land was acquired by Hindustan Motors in 1968.

"It was based on this Employee Transfer Agreement, Hindustan Motor Finance Corporation got permission from the Tamil Nadu government to transfer the plant and other assets to PCA Automobiles. Post-transfer of assets, the workers - permanent and on contract - were sent out," E. Srinivasan, Secretary of the Hindustan Motors Land Giving Farmers Progressive Association told IANS.

"Hindustan Motors acquired about 356 acres of agricultural land from 1968 at Tiruvallur. Initially it bought the land directly from the owners. But it was not able to get the extent it wanted and sought the District Collector's help. Later the company deposited the land cost with the government treasury and the government transferred the land to the company," Srinivasan added.

At that point of time, the District Collector had assured that the land owners will be employed by the company in the Hindustan Motor's earthmoving equipment plant at Tiruvallur.

"The land cost was so low that many landowners did not make efforts to get their money from the government treasury as the expenses incurred would be higher," Srinivasan added.

However, the landowners were not given employment as promised earlier and after protesting Hindustan Motors employed 82 persons - mostly the grandsons of the landowners - in 1980s.

"After a decade of protests another batch of 82 workers were hired as trainees in 1997," Srinivasan said.

Srinivasan and Ismail said Hindustan Motors confirmed the trainee workers only after 10 years.

Hindustan Motors hived off a sizable portion of the land for its car plant to roll out Mitsubishi Motors Corporation's models like Lancer, Pajero.

And some workers of the Hindustan Motors' earthmoving equipment division were transferred to the car plant.

Some years later, the Indian company transferred the plant to Hindustan Finance Corporation and then to PCA Automobiles while sending out permanent and contract workers.

Hindustan Motors sold its earthmoving equipment division (that made dumpers, loaders and others) to Caterpillar, US.

Barring the 22 workers whose grandfathers had given their land to the factory and some others, the majority of the permanent workers had agreed to take lump sum compensation from Hindustan Motor Finance Corporation.

"The company had deposited the lump sum in our bank accounts without our consent. We wrote to the company, Tamil Nadu government and also to PCA Automobiles stressing our demand for jobs and the amount deposited would be treated as our monthly wages," Srinivasan said.

After the job loss, life for all the workers turned upside down.

"We were not able to get proper employment in other companies as age was against us. Many workers joined car service stations and others at a wage of Rs 8,000 per month, after drawing about Rs 50,000 per month. Our families are still in dire straits," S. Gandhi, Former Secretary of the worker's union at Hindustan Motor Finance, told IANS.

According to Srinivasan, the PCA Automobiles plant has about 190 acres of land of which about 150 acres are vacant.

"We want our land back so that we can do farming and manage our families," Srinivasan said.

The former car plant workers are going to protest at the Tiruvallur Collectorate as it was the then Collector who had spoken to their grandfathers to give up their land and assured of employment in the factory.

"Our land is there. The old owner - C.K.Birla group and new owner Stellantis Group - are also there. The car plant is also rolling out Citroen brand cars. Only we are not there. This is not just," Ismail and Srinivasan remarked.

"We have seen four District Collectors. Everyone knows about the Employee Transfer Agreement signed between Hindustan Finance Corporation and PCA Automobiles and its subsequent breach. But still no progress," Ismail said.

According to them, the sit-in protest at the Tiruvallur Collectorate to be flagged off by CPI MP K. Subbarayan, is expected to help them.