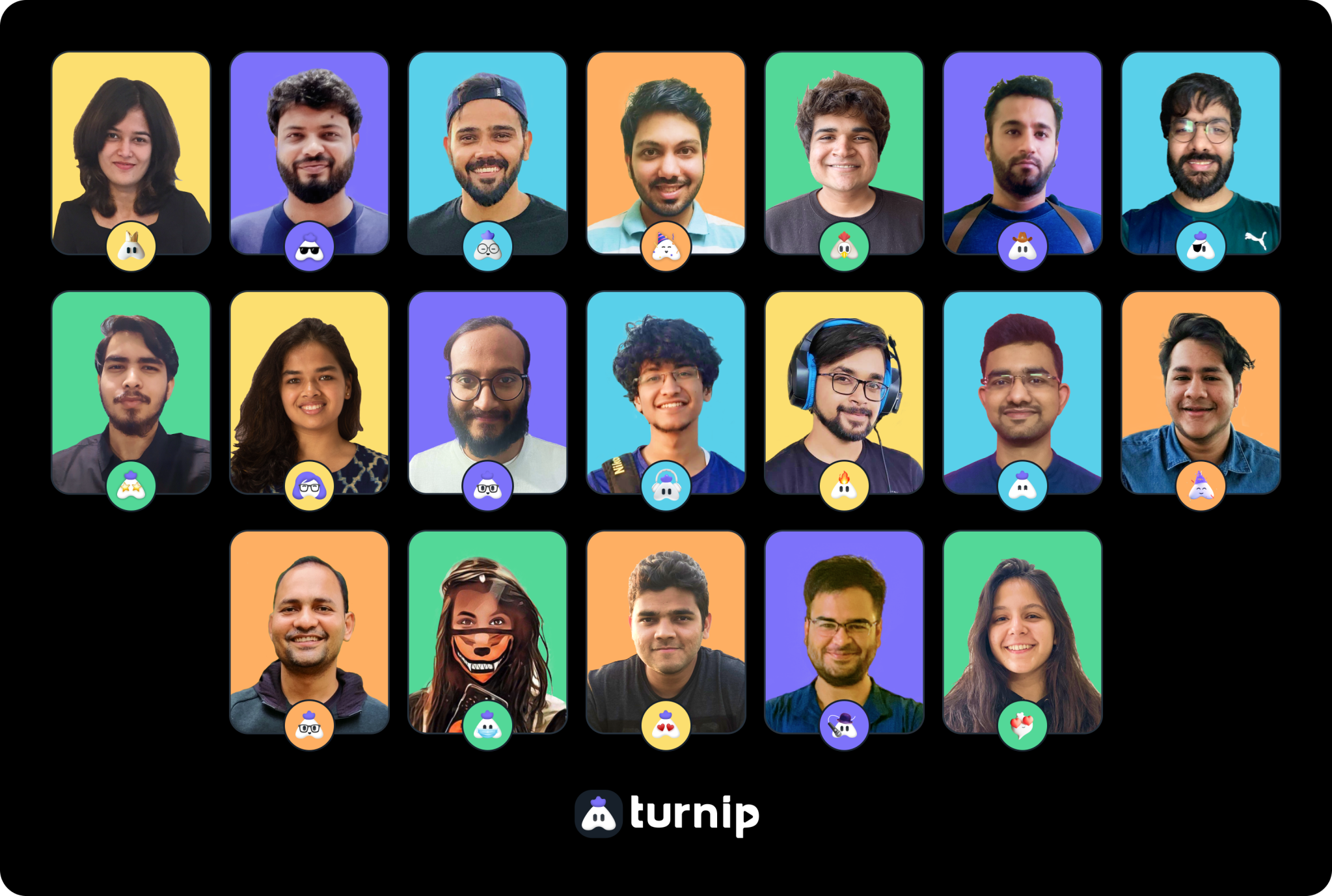 The platform allows creators to form clubs, where they can stream or record their games for fans, talk on audio/video, text each other, run esports tournaments, and host masterclasses. /Team Turnip | Turnip

Turnip company was founded in April 2020 by IIT-Guwahati alums, Pooja Dubey and Aditya Sharma. Pooja and Aditya, both avid gamers, felt that the current gaming community experience has remained primitive, with interactions limited to simple chatting on live streams or receiving shoutouts from creators.

What does the platform do?

The platform allows creators to form clubs, where they can stream or record their games for fans, talk on audio/video, text each other, run esports tournaments, and host masterclasses. The platform supports a diversity of creators, including live streamers, montage creators, esports organizations, college clubs, and groups of friends. Turnip also allows its users to stream and monetize their interactive experiences on existing platforms like YouTube, Facebook, and Twitch.

Though Turnip began with India, 45 percent of the company's 5 million users are from outside of India, spanning geographies including Southeast Asia, Latin America, Middle East and North Africa, the US, and Europe, the company said in a press statement.

What will funds be used for?

The company will use the fresh funds to scale its presence across geographies as it aims to become the top gaming community platform in India, SEA, and LATAM by the end of 2022. It will also continue to strengthen its talented team and onboard the best tech, design, and growth leaders worldwide.

Mayank Khanduja, Partner, Elevation Capital, said, “We deeply believe in the future of mobile gaming communities that Pooja and Aditya are building. The product puts gamers, a large proportion of digital creators today, at the centre and lets them imagine completely new experiences for their community.”

Pooja Dubey and Aditya Sharma in a joint statement, said “Our goal is to build from India for the 2 billion+ gamers spread across the world. Gamers have been early adopters of technologies and this has created some of the most innovative and immersive consumer products globally — Discord, Streamlabs, Unity, Twitch, Axie Infinity, etc. We want to continue on this same legacy and become the global default home for mobile gaming communities.”

Neil Shah, Partner at Greenoaks said, “By nailing the mobile experience, we believe Turnip has democratized access for users across the world, letting anyone be a creator or a fan, no matter their device or hardware.”