There are indications that government may cut spending by up to Rs 2 lakh crore to curb rising fiscal deficit. It has spent about 65% of the total expenditure target of Rs 27.86 lakh crore till November but reduced the pace of spending in October and November, as per government data.
Agencies 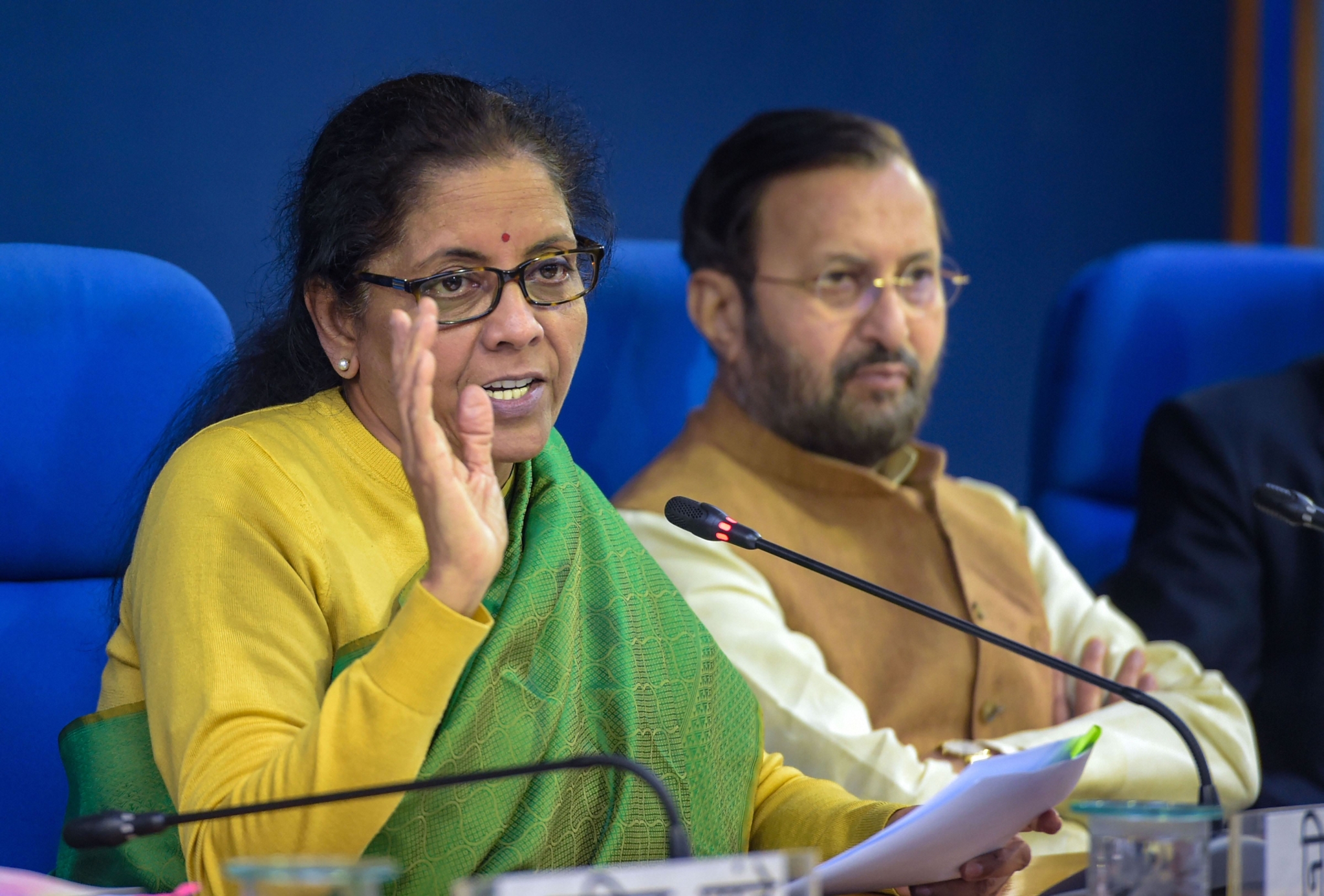 In a bid to contain the fiscal deficit in the face of a likely huge revenue receipt shortfall, Finance Ministry has asked other ministries and departments not to rush expenditure in the last quarter (Jan-March) of the current financial year which it says will be treated as breach of financial propriety while limiting to those expense for which payments have been made earlier.

There are indications that government may cut spending by up to Rs 2 lakh crore to curb rising fiscal deficit. It has spent about 65% of the total expenditure target of Rs 27.86 lakh crore till November but reduced the pace of spending in October and November, as per government data.

Finance Ministry faces one of the biggest tax shortfalls in recent years which could be at least up to Rs 2.5 lakh crore from both direct and indirect taxes. The lack of disinvestment revenues and the outgo of Rs 1.45 lakh crore due to the corporate tax cut in August last year has only added to the revenue-expenditure gap.

Asia's third largest economy, growing at its slowest pace of 4.5% in over six years because of lack of private investment, though could be hurt further due to the likely cut in spending but has limited options. The government is likely to keep the fiscal deficit under 3.8% of gross domestic product, sources said, while letting it slip from its earlier set target of 3.3% for the year.

It may be recalled that the Budget division of the ministry last month had revised the limits of expenditure in the last quarter from 33 to 25% and in March from 15 to 10%.

"Considering the fiscal position of the government in the current financial year, it has been decided to cap the expenditure in the last quarter/last month of the current financial year," the Budget division said in a circular to the departments and ministries asking them to observe the guidelines "strictly & regulate the expenditure accordingly".

The revised limit also meant that departments that had not so far substantially utilised their funds will not be able to spend the full budget amount this fiscal due to the restrictions.

The government is struggling to meet the fiscal deficit target of 3.3% of the GDP following muted growth in tax revenues because of an economic slowdown.

India's growth fell to a six-year low of 4.5% in the July-September quarter. Also, the recent reduction in corporate tax to help revive the economy is likely to cost the government Rs 1.45 lakh crore. The government's fiscal deficit for April-October period was 2.4% more than the full year estimate.