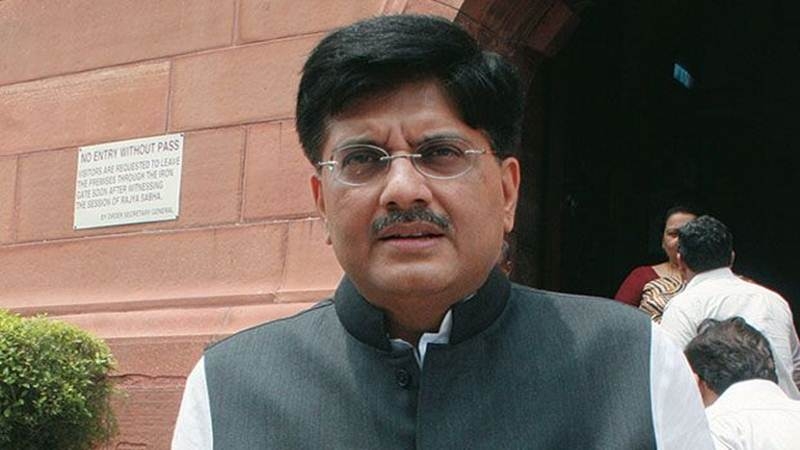 New Delhi: Finance Minister Piyush Goyal today vowed to quickly put on track the banking sector, which has been marred by scandals and bad debts that threaten to have repercussions for the broader economy.

Goyal, who was earlier this week given temporary charge of the finance ministry until Arun Jaitley recovers after undergoing a kidney transplant, met heads of public sector banks here today. “We will ensure very orderly growth of the industry and highest levels of probity and accountability that is expected of public sector banks,” he said after the meeting.

Goyal, considered a close associate of Jaitley, has not made a big show of getting additional charge of the finance ministry and largely operates from Rail Bhawan. Jaitley, he said, was “recovering very well”. “Yesterday I had an occasion to talk to him and take his guidance. He has given me some issues (which) I am following,” he said. Goyal, who is the minister for railways and coal, said the priority is “to ensure that we can quickly get entire banking system on its feet and shed the legacy that was inherited by this government in 2014.”

The legacy he referred to was apparently the indiscreet loans given under the previous UPA government. Many companies, especially in the power, steel and telecom sectors, have been unable to pay down their debts due to sectoral issues and slowing economy. To compound the problem, there has been a string of scandals that have come to light over the past couple of months, hurting the image of banks — the heart of the economy.

“With the intelligent efforts of all my colleague bankers, lakhs of employees of public sector banks and all the stakeholders of banking system working and under the guidance of RBI, we will ensure very orderly growth of the industry and highest levels of probity and accountability that is expected of public sector banks,” Goyal said. He, however, did not elaborate on the steps discussed in the meeting.

“I must place on record that we are very appreciative of the fact that finally the Reserve Bank of India, since Modi government came in, is ensuring proper banking supervision, is taking action against defaulters, something which I believe under previous governments was not given the kind of serious attention that it deserved,” he said. “Indiscriminate lending of the past has caused this distress that the banking sector is facing.” Moody’s Investor Service earlier this week said the final stage of a multi-year initiative by RBI to push banks to recognise problem assets more accurately will reduce profitability for the sector in the near term, but produce benefits over the longer term.

“While this push will increase the already-high non-performing loan (NPL) ratios and provisioning burdens for India’s banks, and strain their profitability in the near term, cleaner balance sheets, in the long run, will be credit positive for the sector,” it had said. Under the new rules for bad debt resolution that the RBI implemented in March 2018, banks can no longer resort to various loan restructuring schemes to delay the recognition of non-performing assets (NPAs).

Although banks have recognised many loans as NPAs following an extensive inspection of loan books by the RBI in 2015, they still hold large volumes of restructured loans, a large share of which will become bad debt in the coming quarters. Most of the existing restructured assets are legacy loans originated in 2009-12, largely to infrastructure-related sectors, such as construction and power.