EU's Green Deal can only be implemented if everyone is on board: European Commissioner 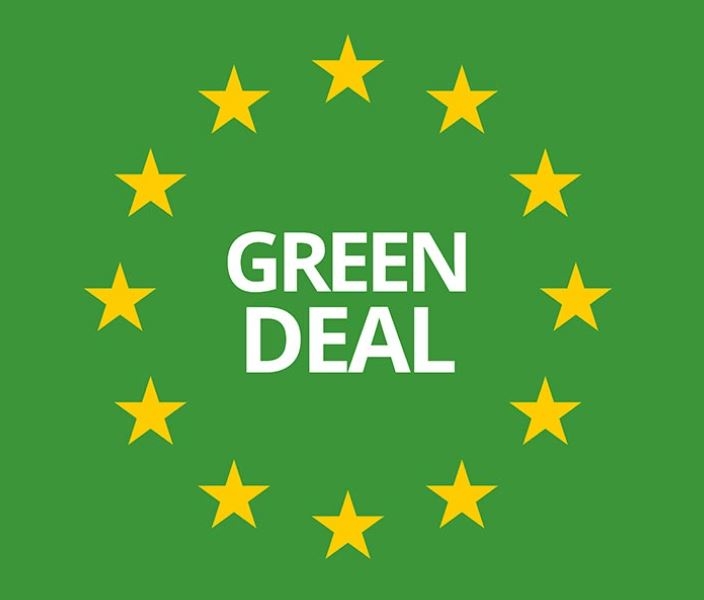 One-third of the 1.8 trillion-euro (2$ trillion) investments from the NextGenerationEU Recovery Plan, and the EU's seven-year budget will finance the European Green Deal / Representational Image |

The key prerequisite for the success of the EU's Green Deal is just transition with everyone on board the effort, Virginijus Sinkevicius, European Commissioner for the Environment, Oceans and Fisheries, said during a visit to Athens.

In late 2019 the European Commission presented the European Green Deal aimed to make the bloc carbon neutral by 2050 as a new growth strategy, creating more opportunities for innovation and jobs. In the wake of the COVID-19 pandemic, member states continued efforts for this transformational change and the Green Deal was included in the European recovery package, Xinhua news agency reported.

One-third of the 1.8 trillion-euro (2$ trillion) investments from the NextGenerationEU Recovery Plan, and the EU's seven-year budget will finance the European Green Deal, the European Commission has announced.

"What we are trying to do is to show that the Green Deal is not an environmental legislation or climate legislation. It is a horizontal change which will affect many different areas and of course, in that transition we have to find a place for everyone, because the Green Deal can only be implemented if everyone is on board," Sinkevicius added during a meeting with Greek Prime Minister Kyriakos Mitsotakis on Thursday.

"If we leave someone behind, the Green Deal fails. Therefore, of course, just transition is at the heart of the Green Deal," he stressed, according to Greek national broadcaster ERT.

On his part, the Greek leader also emphasized that the Green Deal was a great opportunity to be seized as it will help the environment, improve citizens' lives and support economic development.

"We are truly committed to making the green transition work for everyone. We are looking forward to working with the Commission, using the funds from the Recovery and Resilience Plan, to make the green transition a reality, but also to create lots of jobs," Mitsotakis said.