The deal comes at a 4.6 per cent discount to the market value, he said.
PTI 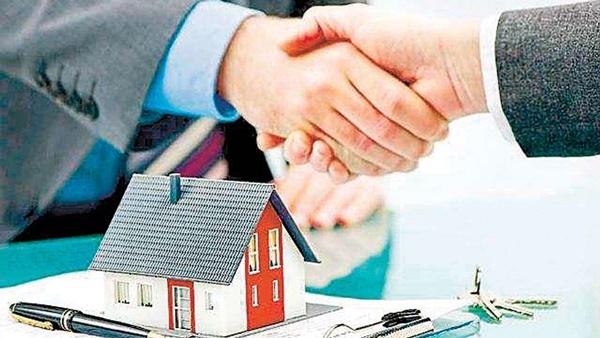 Embassy Office Parks REIT, the first listed and the largest such entity in the country, on Tuesday acquired a 9.2 million square feet Embassy TechVillage in Bengaluru from the Embassy Group, Blackstone and other investors for Rs 9,782.4 crore.

The deal makes Embassy REIT the largest such entity in the whole of Asia in terms of developed area of 42.4 million square feet and one of the largest in value with a market capitalisaiton of around USD 4.5 billion, Embassy REIT Chief Executive Michael Holland told reporters.

The deal comes at a 4.6 per cent discount to the market value, he said.

Embassy REIT is the first publicly-listed REIT (Real Estate Investment Trust) sponsored by Blackstone and the Embassy Group. It got listed in April 2019.

"Embassy REIT has agreed to purchase Embassy TechVillage, spanning 88 acres on the Outer Ring Road in Bengaluru from the affiliates of Embassy sponsor, Blackstone sponsor and other selling shareholders for Rs 97,824 million (USD 1.3 billion)", the company said.

The property has 40 companies as tenants and they have over 45,000 employees there.

The deal is subject to unitholders' and regulatory approvals, which Embassy REIT expects to get by the end of next month.

The acquisition comprises 6.1 million square feet (msqft) of completed area, 3.1 msqft under-construction area -- out of of which 1.1 msqft is almost ready -- and two proposed Hilton hotels which will have 518 keys.

The acquisition will increase Embassy REIT's commercial office portfolio by 28 per cent to 42.4 msqft, making it the largest in Asia in terms of developed area, Holland said.

Embassy REIT owns and operates 33.3 msqft portfolio of seven infrastructure-like office parks and four city centre office buildings in Bengaluru, Mumbai, Pune, and Delhi-NCR. Its portfolio comprises 26.2 msqft completed operating area and had an occupancy of 91.7 per cent as of September 2020.

"The acquisition adds another trophy asset to our existing office portfolio, while reinforcing our stable cash flows," he said.

Holland is bullish about the doemstic office realty market despite the pandemic and many companies planning to adopt the work-from home culture as a permanent feature.

"Our interaction with large companies make us confident that normalcy will return by March, at least that's what these companies are expecting," Holland told PTI when asked what makes him so confident about the commerical realty market.

The country's office space market is worth 650 msqft, making it the fastest growing office market in Asia, and Embassy REIT owns 42 msqft. The monthly demand is 5 msqft but is short of supply, according to Holland.

The Outer Ring Road is the most active office space in Bengaluru, home to one-third of the entire office space in the city, which is also is the largest office market in the South, he added.

"The acquisition further deepens our presence in Bengaluru, which remains the country's strongest office market, and significantly enhances our scale and ability to deliver embedded growth.

"We are delighted to purchase an asset of the quality and scale of Embassy TechVillage at a 4.6 per cent discount," Holland said.

Jitendra Virwani, Founder-Chairman of the Embassy Group, said, "we are pleased to deliver on our commitment to support growth of the REIT platform".

The REIT proposes to fund the acquisiton by issuing equity of around Rs 6,000 crore through a combination of an institutional placement of about Rs 3,700 crore and a preferential issue of units to third-party selling shareholders for around Rs 2,300 crore, Holland said.

The REIT also plans to refinance existing Embassy TechVillage debt facilities of up to Rs 3,600 crore through a combination of equity and issuance of new coupon-bearing debt, he added.

When asked whether the deal will dilute the dividend for unitholders, Holland said, "on the contrary, the acquisition aligns perfectly with our overall strategy to maximize total returns for our unitholders".

Virwani said the deal shows the Embassy Group is delivering on its commitment to support the growth of the REIT platform through the ready for occupancy pipeline.

Over the past six years, the Embassy Group has developed Embassy TechVillage to be one of the finest office assets, and we are pleased to offer this asset to the REIT for consideration and approval by the independent directors of the Reit manager and the unitholders, he said.