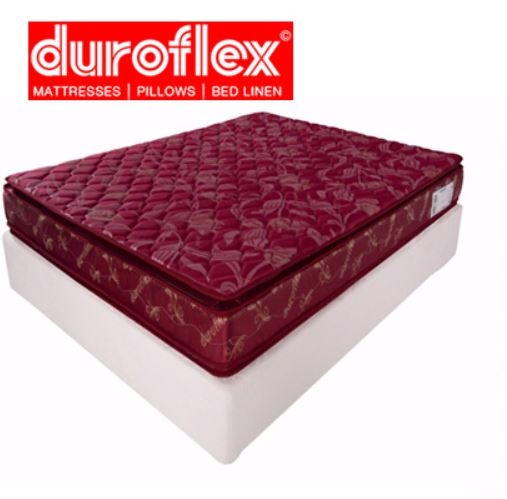 Duroflex, the second largest mattress brand with around 20 per cent market share, is on course to become a Rs 1,000-crore brand this fiscal, beating its own target of doing so next year, on the back of a better-than-expected economic recovery and the resultant demand boom in the first half of the year.

Last November, the Alappuzha, Kerala-based company had told PTI that it was expecting to cross the Rs 1,000-crore topline milestone by FY23, as the economy was just stuttering out of the first wave of the pandemic.

Even though the second wave was much more debilitating in terms of loss of lives and for the unorganised economy, discretionary spending has been growing as the economy wasn't totally shuttered during the second wave.

''Our topline has already crossed Rs 450 crore in H1 of the current fiscal, as against Rs 600 crore in full FY22 and just about Rs 190 crore in H1FY22 which was ravaged by the pandemic. Going by the demand boom, I am confident that we'll be able to cross or touch the Rs 1,000-crore revenue milestone this fiscal itself because our volumes are already much more than the pre-pandemic level,'' Mathew Chandy, the managing director of Duroflex, told PTI on Sunday from his Bengaluru-headquarters.

On sales in the first half of the fiscal, he said the company has already sold 10 lakh units worth over Rs 450 crore, (as there was unsold inventory last year), which is more than 50 per cent higher than the full fiscal last year. In FY20, its revenue stood at Rs 500 crore.

The company, in which private equity firm Light House invested Rs 160 crore two years ago for a 24 per cent stake, has capacity to produce over 10 lakh mattresses annually, up from 7 lakh units earlier, with the Rs 50-crore plant in Indore last November, which is the largest mattress plant in the country producing 1,000 units a day.

Earlier this month, Duroflex and its online-only subsidiary Sleepyhead had raised $60 million from Norwest Venture Partners for an undisclosed equity share. Chandy said the projected revenue will include those from its fully-owned subsidiary Sleephead, which is its digital-only sales brand launched four years ago, headed by his cousin Mathew Joseph.

Chandy further said the larger-than-expected revenue forecast is also aided by better sales from the Central and Northern markets, which are primarily served by the new Indore plant now.

Of the Rs 1,000-crore group topline, Sleepyhead, the direct to consumer brand targeted at younger generation, is expected to contribute Rs 180 crore this year, Joseph said.

On profitability side, Chandy said the group makes around 10 per cent gross margin, with Sleepyhead fetching a bit more. Of total sales, as much as third comes online, led mostly by Sleepyhead, Joseph said, adding 10 per cent comes from exports, wherein the global furniture major Ikea is the biggest client chipping in with over 10 per cent of the export volume.

Chandy said they intend to double the export component of the revenue next year.

On capex, Chandy said they have Rs 100-crore capacity addition plan over the next 6-9 months.

While the Indore expansion is underway as greenfield project, the new immediate capacities will come up as brownfield expansion at the Hosur plants where it has three plants and in Hyderabad. That apart it has an assembly centre in Mumbai. The Hyderabad plant is the main plant now where mattresses are made while in the plant in Devas near Indore foams and other inputs are made. The 36,000-metric tonne per annum Devas plant also supplies to materials to furniture makers like Ikea.

The Alappuzha-based Chandy family, which owns 70 per cent in Duroflex, is also planning to take the company public over the next five years, the second generation Chandy said.

He said Duroflex, which operates under the labels of Duroflex and Sleepyhead, is the second largest mattress brand in the country with a tad less than 20 per cent market share and have over 170 million customers, after Sleepwell which has around 25 per cent of the 5-million units per annum branded mattress market market pie.

Of the total market share 25 per cent comes from the South. At the third slot is Culron. The company began operations in the early 1960s in Alappuzha and then moved the headquarters to Bengaluru.

Duroflex uses German foaming technology and was the first to launch the first doctor-recommended orthopedic mattress under the brand name of Duropedic.