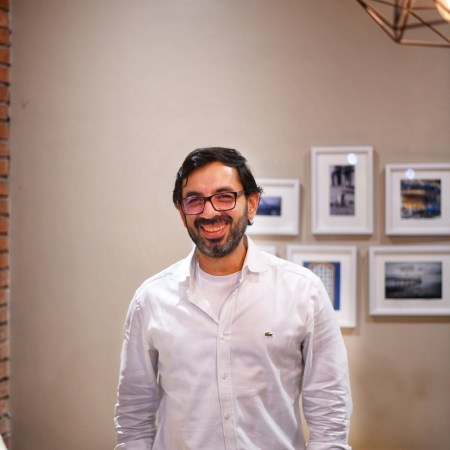 Mintoak’s raison d'être is the need of (Small and Mid-Sized) merchant acquiring, which is no longer a demand-supply issue; it’s an infrastructure issue, said Mintoak CEO Raman Khanduja | Mintoak

Raman Khanduja, Co-Founder & CEO of Mintoak, outlined the blistering pace of digital payments in India in a short period. He believes banks are best placed to ride the new growth wave in the sector with their 'unmatchable brand, trust and distribution'. What they lack is lack nimble tech to solve the entire problem and that's where players like Mintoak can complement the formers' strengths with an agile and nimble tech platform to create seamless and meaningful offerings for SMEs, he said.

Mintoak is a digital payments platform for SME merchants and powers the merchant [payment/ engagement] platform of banks.

Excerpts from the interview

Digital payments in India have witnessed a steep growth curve in the past few years. What lies ahead with regard to growth in 2021-22?

I would narrow down my response to 3 key elements to explain this phenomenon: Opportunity, tech adoption, and innovative policies.

India’s digital payment penetration is less than 20 percent and a population of more than 1.4 billion versus developed economies like USA with more than 60 percentdigital payment penetration and a pollution less than 1/4th India’s population. So, if you are an investor looking to invest into digital payments where would you invest for a bigger upside? India is called the largest cash displacement opportunity available globally and that is precisely the reason VCs are doubling down on this geography

Earlier, the payment digitization opportunity was largely a function of infrastructure. Banks needed to issue physical cards which would get accepted through swiping on a physical PoS terminal. Infrastructure being expensive, the growth was largely driven by developed markets and hence the high penetration that we see in US, UK, Canada and the likes

Now in India, 80 percent of the population is banked and all you need to do digital payment is scan a static QR code form your personal smartphone with internet. No card, no PoS machine and hence the cost element is gone. India has nearly 700 million internet users largely accessing internet via mobile. The internet population in India more than double the entire population of United States. So where is the bigger headroom for growth-developed economies or India?

Lastly, a big ingredient is Innovative policies. The Government and the regulator in the last few years have engaged with the industry to announce measures that are commercially favourable for merchants and created schemes to sponsor infra investments in the space

What has been the outcome of all the three factors you have listed out?

India is one of the hottest destinations for VC money on Digital Payments. Given the size of the pie all large tech companies from FB to Google to Amazon are present in the payment space striving for dominance. And the proof of the pudding is in the numbers.

Credit and Debit Cards in India have existed over three decades and we do about 500 million transactions every month. In comparison, UPI which is scanning a QR at a shop from the customers phone to pay from the customers bank account, a product that started 3 years ago, is already registering 1.5 billion plus payments (merchant payments) every month growing at a blistering pace.

Today, on UPI I can transfer money real-time to any Indian by just knowing their phone number. Real time money transfer in US is scheduled for implementation in 2023. In fact, UPI has become such a phenomenon that Sundar Pichai CEO of Alphabet has even recommended that United States adopt the same model. Isn’t that amazing and impressive!

What's the idea behind starting Mintoak and how do you differentiate yourself from other industry players?

The India payment space has been extremely noisy in the last decade. Right from the prime minister to VCs to fintechs, everybody seems to be talking about digital payments. However, the penetration still significantly lags expectation and one of the big reasons is that merchants have not embraced digital like the way consumers have. Digital Payments seems to have complicated the merchant’s life instead of solving. Let me add some context.

Today, a merchant’s til is crowded and life complicated! It is quite common to see more than 2 QRs at the til suggesting as many apps on the merchant phone. And then the merchant also has to handle cash and khata transactions and slightly bigger merchants have PoS terminals for card transactions. 5-6 payment modes surely create logistical and reconciliation challenges. Not to forget their primary responsibility is not managing payments, but running their business.

On the other side, we have the payment providers jostling for relevance at the merchant til. And while payments is largely free, these providers hope to get reasonable data overtime and use the same to extend credit and create a sustainable business model. However, when business and hence data is split across multiple players, nobody is likely to get comprehensive enough data to enable meaningful lending. As a result, we have merchants who are indifferent to payments and providers struggling for relevance!

Mintoak’s raison d'être is the need of (Small and Mid-Sized) merchant acquiring, which is no longer a demand-supply issue; it’s an infrastructure issue.

Mintoak consolidates all payments (cards, QR, remote, khata and cash) on a single platform to provide an omni channel experience. While payments form the starting point, the same platform provides enterprise grade tools to small businesses to more efficiently run the business. The platform helps merchants to understand a new customer from a repeat customer--this feedback is an integral part of the transaction and it also allows merchants to communicate with customers in real-time for product promotions and marketing campaigns.

The other difference is in the way Mintoak reaches out to and services merchants. It’s a platform designed for merchants, powered by banks where Mintoak as an embedded fintech seamlessly powers access to financial services for SMEs on the payment platform itself. Banks are best placed to consolidate financial services, including payments for an SMEs riding on the trust factor. However, they lack nimble and agile tech platforms which results in the merchant til getting fragmented. Mintoak solves for this gap by offering it’s omni channel platform through banks thus complimenting the brand, trust and distribution of a bank with a competitive tech platform and making life easy for the merchant.

What is PAAS and how is it enabling banks and businesses?

The new generation of fintech players compliment the banks' trust with their agile tech platforms to make them smart. Offering Platform as a Service (PaaS), such models create cost-efficient integrated offerings that link the fintechs success directly to banks business growth. The approach leverages the banks brand, products and distribution with seamless user experience designed by the fintech to create a comprehensive solution for the consumer including SME.

How does Mintoak plan to acquire 1 million merchants by March 2022?

Mintoak is a digital payments platform that is designed for merchants and distributed by banks. Merchant payments for banks has historically been the door opener to the SME segment. However, the infrastructure intensive nature of the business (expensive PoS terminals) hindered larger ambition and restricted scale-up to the smaller segments. Some of the recent developments in the ecosystem like UPI and QR payments coupled with increasing penetration of smartphones and internet have created infra light models for accessing even the smallest of businesses.

Mintoak has created a comprehensive omni channel payments platform that allows merchants to do much more than payments and at the same time enables banks to treat merchants (across the entire spectrum) as a customer and engage them more effectively. Currently, Mintoak works with some of the largest banks in India as an embedded fintech seamlessly powering merchant payments and financial services access on the same platform. The banks have a clear roadmap to use the nimble Mintoak tech platform to access not just traditional merchants but also the smaller guys who were earlier not a viable proposition.

What lies ahead for the Indian payment industry and how would Mintoak make a difference?

India Payments industry is setting benchmarks for the world at large. The world is watching and emulating what India has achieved in the payments space in the last 5 years. Just look at merchant payments for example. As per RBI data, we now have now have more than a 100 million acceptance points (not unique merchants but acceptance points). Five years ago, this number used to be less than 2 million. In August 2021, the country recorded 1.6 billion UPI transactions at merchants. The same number was zero just five years ago.

The blistering pace of growth does not have many parallels globally. And still digital payments account for less than 20 percent of our consumption. This unique combination of a large runway coupled with improving tech landscape (cloud, smartphone and internet) and favourable regulatory regime clearly suggests similar growth will continue in the medium to large-term as well.