With over 50 percent of India’s population in rural areas and linked to farm incomes, any increase in rural growth will translate into economic growth for the country./ Representational image | Photo credit: PTI

The finance minister will be announcing her Budget measures soon. Once again, you can expect her to assure the country that all-is-well. This is a song we have heard for the past several years. Yet each year, GDP growth has been dismal. (See chart). True, GDP grew in 2021, but when compared with the negative growth of 2020, we are actually back at 2019 levels.

So, why should agriculture matter, since it contributes to just around 20 percent of India’s GDP?

There are three reasons to explain this.

First, with over 50 percent of India’s population in rural areas and linked to farm incomes, any increase in rural growth will translate into economic growth for the country. More important, it will boost per capita income growth – a more reliable indicator of national well being for the common man.

Second, a higher income in the rural areas will translate into better purchasing power for a variety of items – from necessities to even luxuries. That creates the demand pull that industry needs. Without increased purchasing power from the 50 percent and more residing in rural areas, you will not have the quantum consumer demand that India requires.

Third, as study after study has shown, a rupee spent in rural areas translates into faster growth than a rupee spent in urban areas. The ICOR (incremental capital output ratio) for the rural is significantly higher than that for the urban sector. So, there is more bang for the buck by investing in agriculture.

The farmer is in great distress. The rate of farmer suicides is greater than the rate for most other sectors. All the numbers confirm this (see chart). 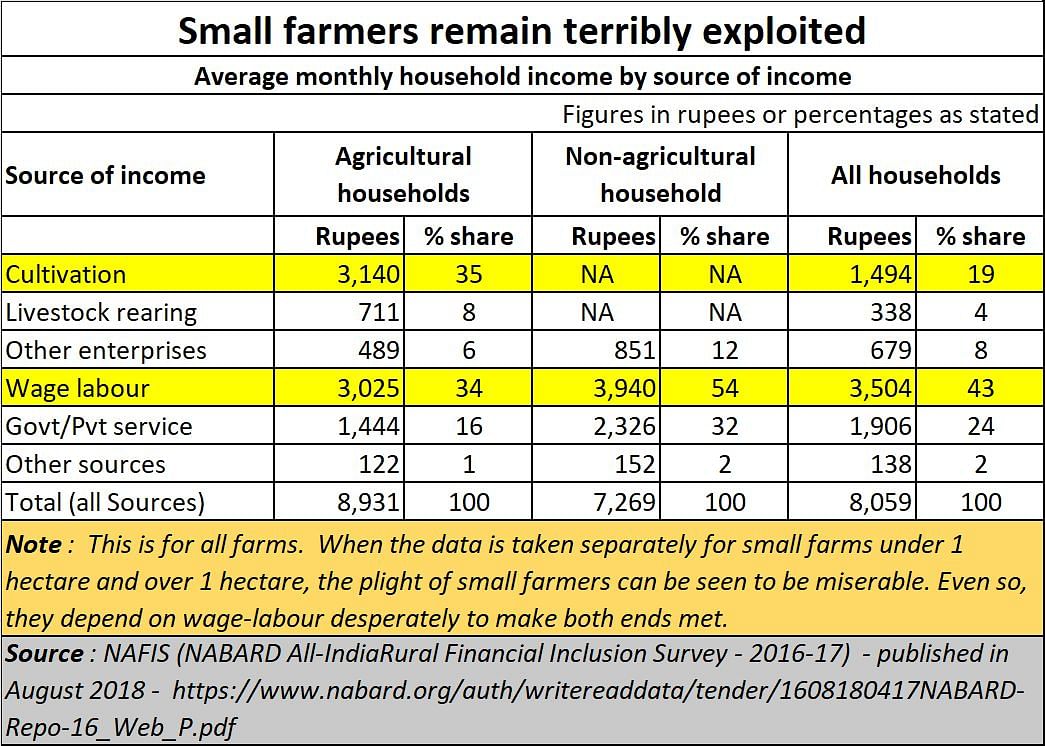 The farmer often earns more by working in other enterprises, and even as a daily wage earner. He uses these to supplement his cultivation income. This is more true of small farmers than large farmers. There is a lot that the Budget can do to ameliorate this. But we shall come to that a bit later.

Another factor that must be borne in mind is that except for Punjab, where central funds are used to favour farmers, most states that did not depend on central funds, and where farmers kept politicians at bay, did better than states where farmers wanted politicians to bail them out. The politicians have not yet realised that subsidies actually encourage the weak, and penalise the strong. It makes the strong become weaker. The government is one of the key causes for farm impoverishment. The FCI (Food Corporation of India) story should be adequate to explain what has happened. Ditto with oilseeds.

Finally, contrary to what politicians will tell you, importing agri produce to cool rising domestic prices, helps neither the farmer, nor even the consumers. Only traders, who are often very close to politicians, benefit. When domestic prices rise, there should be an NDDB-like mechanism to cool prices, but without hurting farmers. When prices are high, and imports are resorted to, foreign suppliers also increase their prices. Traders do not ease domestic prices either. The farmer loses because of lower priced imports and being cut off as the key supplier to the markets. The consumer loses because prices do not cool down. On the contrary, the farmer will grow less of the commodity in the next season, causing prices to remain high, and import dependency increasing. That is not good for India.

There are several things the government can do.

First, do not offer subsidies to farmers directly. Create a structure to identify well-governed farmer producer organisations (FPOs) which keep agri-produce prices climbing a bit year after year. That is what GCMMF (Gujarat Cooperative Milk Market Federation which sells dairy products under the Amul brand) and NDDB have done. Let these organisations handles subsidies (which can be created through a market development fund by importing subsidised agri-products and releasing them in the markets and using the surplus for farmer development. Or let them take surplus produce, convert them into value-added products and keep the surpluses for market development. Let these organisations decide a market price that consumers can afford, and increase these gently year after year to assure farmers that market prices will not fall. There are many other strategies, but these should suffice for starters.

Second, ban import of agri products by traders, and political bodies. Leave that to FPOs instead. 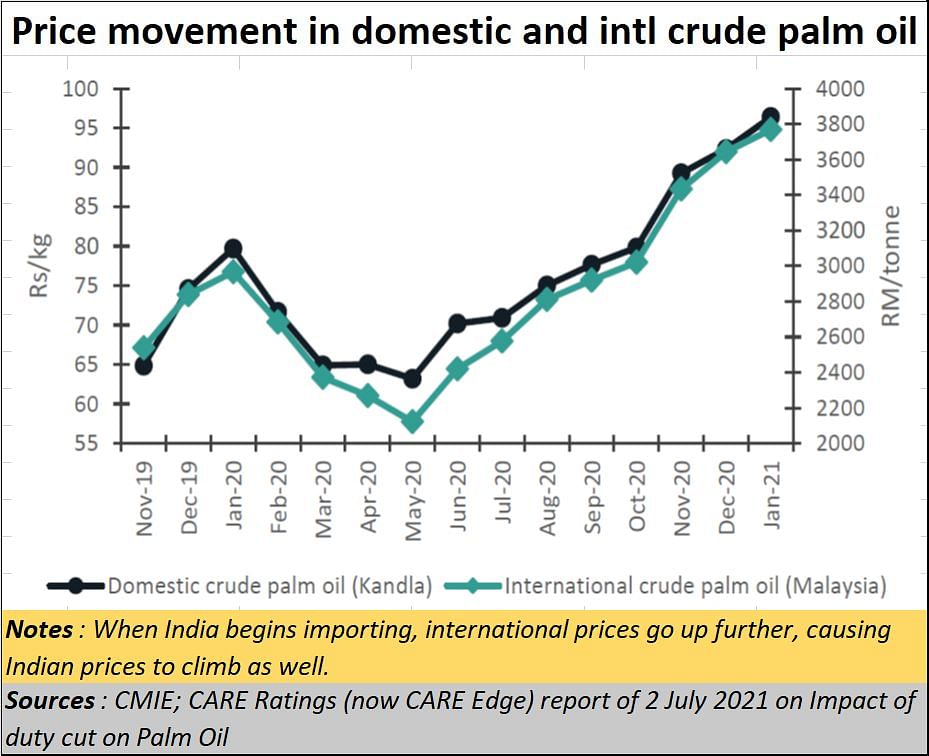 Four, allow farmers to give their lands on rent to others. This way, they are not bound to the crippling prices they get for agri produce. Yet they regain hold over their land which they are sentimental about. Allowing farmers to enter into contract farming but disallowing them the right to rent out their land is a counter-productive move and will hurt farmers.

Five, create a fund which allows farmers with old cows to get Rs 20,000 for each old cattle that the government does not allow him to sell. You cannot create a law which hurts a farmer, or denies him the right to dispose off the cattle. Let the State take care of the old cattle and do whatever it wants. Always remember, that a farmer buys a cow. He must then have a right to sell it to anyone who wants to purchase it. If such a sale is not permitted, the State must pay the farmer the cost of such cattle.

Six, allow farmers in border states to sell cattle to anyone who wants to purchase it. More specifically, allow them to freely sell buffaloes, goats, poultry, and anything (except cows). Once permitted, it becomes exports. It is no longer smuggling. You do not need to use the border patrols to control smuggling. If a farmer can sell poultry, and fish, why not cattle?

Seven, never interfere with commodity exchanges. It takes a lot of time and effort to make a commodity become actively tradeable on commodity exchanges. Yet, when trading becomes active the government bans such trade on the specious argument that it causes prices to go up. What else does a market do but sell at higher prices? How else will a farmer learn to discover next year’s prices and decide which crop to grow?

Lastly, re-activate the WDRA (Warehousing Development and Regulatory Authority) to work out norms for regularizing warehouses. Take all the warehouses that belong to FCI (Food Corporation of India) and other agencies of the government, and bring them under the WDRA. Let FCI procure grain through commodity exchanges, and not directly. That will create a uniform pricing for rain across the country, stop preferential purchases. The creation if warehouses near farmers will allow them to sell them through commodity exchanges using the warehouses as a temporary measure. It could empower the farmer.

Yet knowing how desperately the entire system likes to exploit the farmer in the name of supporting him, it is doubtful that such measures will get introduced. But flagging them is always useful, lest a politician says, I did not know. Why did you not inform me?

(The writer is consulting editor with Free Press Journal. He tweets @rnbhaskar1)