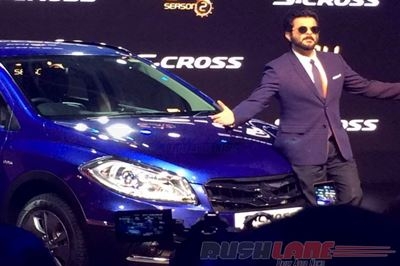 Mumbai: Against the backdrop of declining volumes of passenger vehicles, India Ratings and Research (Ind-Ra) has said that new model launches will provide only limited and short-term respite to original equipment manufacturers (OEMs).

In the utility vehicles (UVs) segment, increased vehicle launches along with the entry of new players will intensify competition, leading to a gradual change in the market share of incumbent OEMs over the medium-to-long term.

From the beginning of 2019, OEMs have launched about 25 new models under different categories such as utility vehicles (UV), sedan and hatchback with an average of two models launched each month. The Ind-Ra's study shows that sales of these new vehicles were strong in the initial two-to-three months post the launch, but declined in the subsequent months.

For example, the volumes of Tata Harrier launched in March 2019 have declined on an average by 24 per cent on a month-on-month basis. A similar trend was observed in the case of Honda Civic, Mahindra Alturas G4 and Hyundai Venue.

The initial pick-up in volumes could be the result of launch offers or customers' penchant to migrate to the latest optimal choice in the market. The subsequent fall in sales suggests that the demand arises from a small segment of the consumer base.

But it loses momentum with time, reaffirming the agency's view that the sector is yet to witness a broad-based revival. Unless the sector recovers, upcoming launches will be only marginally beneficial for OEMs and not result in any meaningful improvement in the overall sales volumes, according to Ind-Ra.

The multiple vehicle launches by OEMs can be partly attributed to the considerable investments made by the companies in previous two-to-three years in the designing and commercial development of these cars.

The agency believes that amid a slowdown in sales volumes, the new launches can enable OEMs to remain competitive and also monetise their investments to some extent.

Since the beginning of 2019, the UV segment has displayed greater resilience to de-growth compared to passenger cars, signalling growing customer preference for the former. Out of the 25 new launches in 2019, 61 per cent were UVs and 14 per cent were crossovers.

According to industry sources, over the remaining portion of 2019 till 2021, OEMs plan to launch over 100 new models, more than half of which will be Uvs.