Mind Full To Mindful: Zen Wisdom from a Monk’s bowl by Om Swami-Review 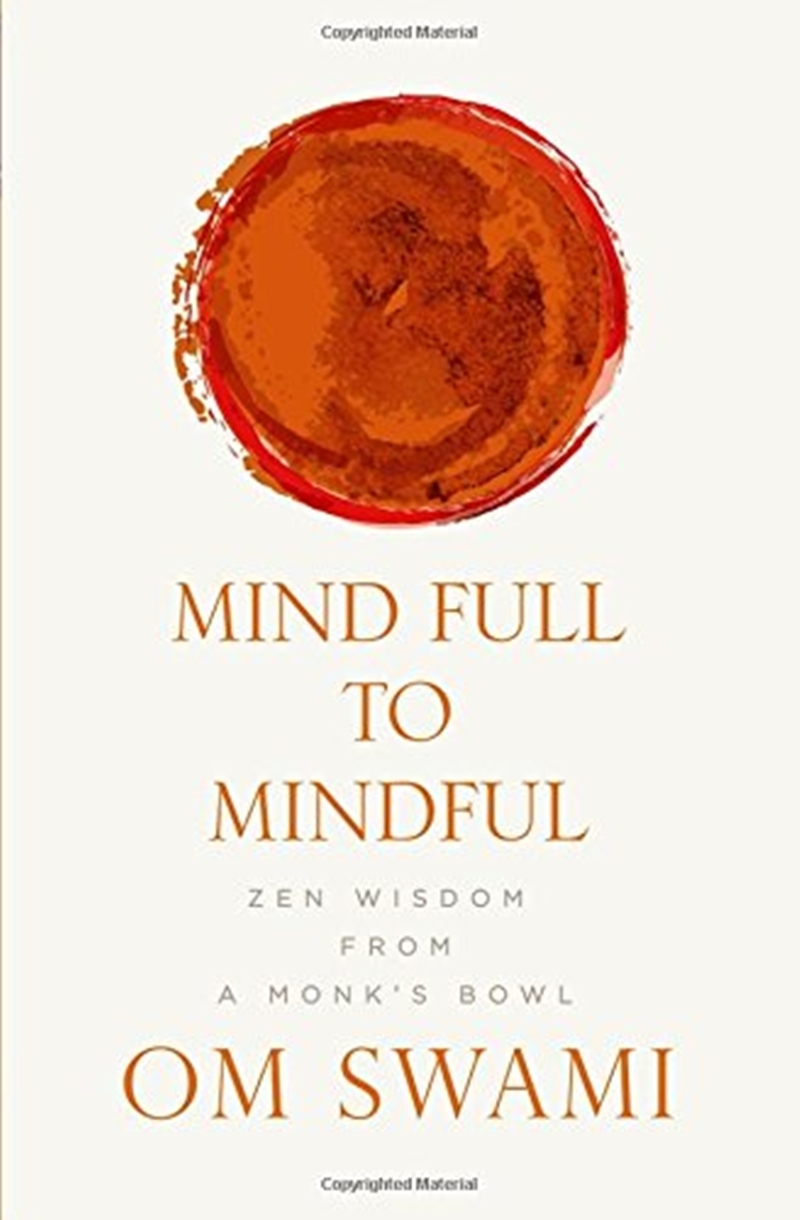 Zen way of life is not a system, dogma, ideology or even a philosophy. It has absolutely no truck with Buddhism either. Zen is a positive and affirmative perspective on life. In other words, it’s an alternative optic on living meaningfully like the Buddha.

The holistic awareness is Zen. It’s the complete awareness of the moment one’s in. In other words, “I’m in the moment and the moment is in me” (Jalaluddin Rumi, Masnavi 153). Zen is spiritual existentialism. It’s a manifestation of evolved consciousness and enlightened awareness. The author, Om Swami, is a Zen practitioner and mystic who lives in the Himalayan foothills. Prior to renunciation, he founded and ran a multi-million dollar software company with offices across the world.

Fortunately, enlightenment dawned on him and he understood the nugatory nature of life. He also realized that growth is an illusion created predominantly by the western world. Or maybe it’s the soul of capitalism.

All our concepts related to growth, progress and development are mundane, materialistic and with respect to mammon. Where’s spiritual growth? Where’s that awareness that has been eluding us because of our morbid focus on accumulation? The essence of life’s lost in the vortex of quotidian pursuits and pastimes.

Zen makes us realise that ‘This life which seems so fair/Is like a bubble blown up in the air’. But, Zen perspective is no way cynical. Its sprightliness, its vivacity and exuberance can only be defined and comprehended by those who’ve thoughtfully practised it and imbibed its quiddity.

To live Zen way is the sine qua non for mindful human existence because here one gets the true meaning and purpose of life. Om Swami’s book is an attempt to cleanse lives of the clutter that we all have amassed over the years. His Zen insight makes our lives insightful and spiritually fulfilling.