India Moving: A History of Migration by Chinmay Tumbe-Review 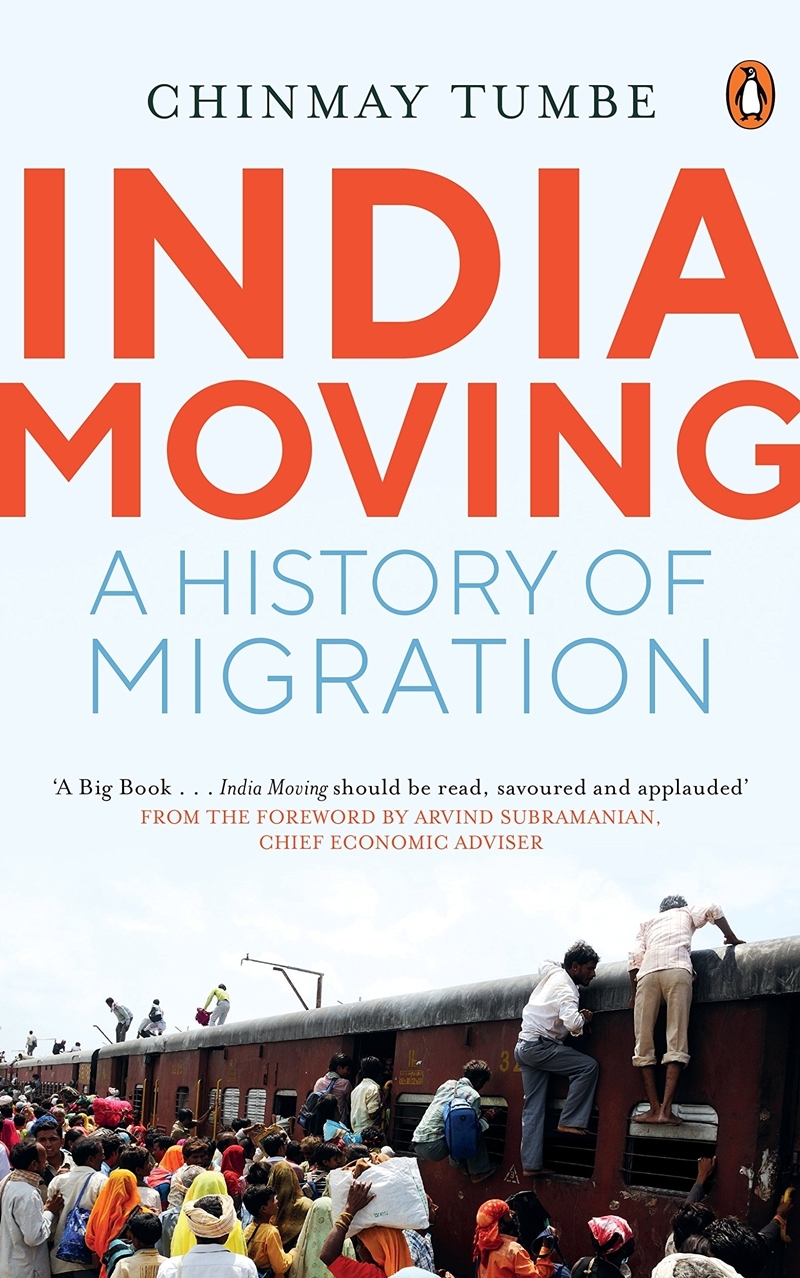 The World Migration Report 2018, (WMR) of the International Organization for Migration accepts that international migration is “a complex phenomenon that touches on a multiplicity of economic, social and security aspects affecting our daily lives in an increasingly interconnected world.”

For William Lacy Swing, its erstwhile Director-General migration is ‘a human reality to be managed’. And then there is BREXIT, a country’s unabashed vote against the ‘wrong kind of immigration’.

Wrong or right, the figures speak of unprecedented demographic churning. 244 million migrants in 2015; 740 million “internal migrants” in 2009; 40.3 million internally displaced persons due to border conflicts and terrorism, 2.8 million asylum-seekers and 22.5 million refugees in 2016 – the scariest part of which is that around 51% are below the age of 18 years; (14,000 ‘unaccompanied immigrant children’ are in US custody). 25.3 million is the annual average displacement due to natural disasters. (The figures are taken from the WMR, recent newspaper reports and the book under review).

Against this backdrop of huge transnational communities, Chinmay Tumbe has brought out a history of migration – which, according to the Foreword, he has had fun writing.

The “fun” reeks through several sub-titles of chapters; Tumbe also feels the need to mention that Keralites refer to the Gulf as ‘Gelf’; with equal facetiousness, he mentions that the Goan Catholics were known in Mumbai as ‘maca paos’ because of their predilection for bread.

The former is an unnecessary jibe in a book that claims to be based on serious research, while the latter is clearly uninformed – an unintended display of the author’s attitude towards internal migrants.

The book is a rambling account of the movements within and from India, starting from the Indus Valley eastward, and towards South-East Asia, to the modern day, livelihood-based, business-oriented movements within and outside India.
There is a reference to the manner and extent to which the Railways and Postal department have supported internal migration. The migrants’ crisis in Burma and the murderous migration of 1947 along with the refugee crisis after the Bangladesh war engage the author’s attention for some time.

The chapter on Migration and Development starts promisingly with a quotation from Dr Ambedkar, but proceeds to a disappointing discussion on the views of Dr Ambedkar, a Mahatma Gandhi and…Bal Thackeray.

We, in India, know how migration affects the migrants, the host population, the host country and the country of origin. But some stories remain untold: Court cases filed by wives left behind by ‘adventurous’ husbands, parents abandoned by callous offspring; huge remittances from abroad changing lifestyles at home, affecting prices of living accommodation and basic amenities for those who stayed back to mind the fire; social equations drastically changed.

Perhaps, the Furusato Nouzei system adopted in Japan would be a useful experiment in India? One would expect a book on Indian migrations to, at least, touch upon these aspects. There is, however, a detailed account of governmental efforts towards establishing better links with the diaspora. His perspective on ‘migration and development’ in history and in 21st century India is all too brief.

The UN has declared 18th December as International Migrant’s Day, which, in the words of the Secretary-General, is ‘a chance to discuss migrant rights and address the challenges faced’. Tumbe finds no reason to refer to the UN role in ensuring the ‘dignity of the migrant’.