History is the constant of my life, says William Dalrymple

William Dalrymple, author of historical and narrative non-fiction and co-director of the Jaipur Literature Festival speaks to ROHAN AMBIKE about his book Anarchy, his passion for history and more
Rohan Ambike 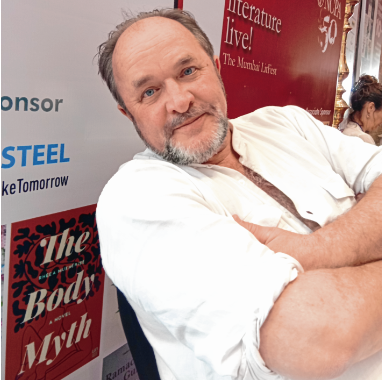 William Dalrymple is the author of more than a dozen books, including bestselling titles such as City of Djinns, White Mughals and The Last Mughal. His most recent book, The Anarchy: The Relentless Rise of the East India Company (Bloomsbury) has been described as his “most ambitious work yet”. Excerpts from our interview...

What prompted you to take up Anarchy right after your Kohinoor Diamond?

It took me around six years of work to bring out this book. Though I have been working on the East India Company since 1999, to me as a historian, it was about bringing up big stories to write about. This is certainly something similar. Unfortunately, these stories are not portrayed on the popular medium. That is why a story of this magnitude stands out and needs to be brought to the knowledge of the public.

Can you share us the highlights about the book?

The book highlights the fact that there had been a partial portraying of the revival of the Indian economy due to the East India company. However, in fact, India was rich culturally. The betrayal of the Indian rulers benefited the East India Company and it is at that point that they made the most of the vulnerable situation of India and went on rampage to conquer India. I have tried to compile the entire story of this betrayal in this book.

What is history to William Dalrymple?

History has been the constant of my life. It was actually supposed to be archaeology for when I was a teenager I literally begged my parents to take me to the places that spoke about the ancient times. So, I had been intrigued by the subject and since then, there has been no looking back.

In the current age of webseries and films, books still have the edge. Your comments

I feel it is a big responsibility to make print still reach the public. We were the first to come up with Jaipur Lit Fest and there has been a growing ever since. Today there are a lot of people who talk about the books and it fascinates them to speak about topics that haven’t been much spoken about in the other mediums. It is good to feel that you are a part of something important.