For Reasons of State: Delhi Under Emergency by Ajoy Bose and John Dayal-Review 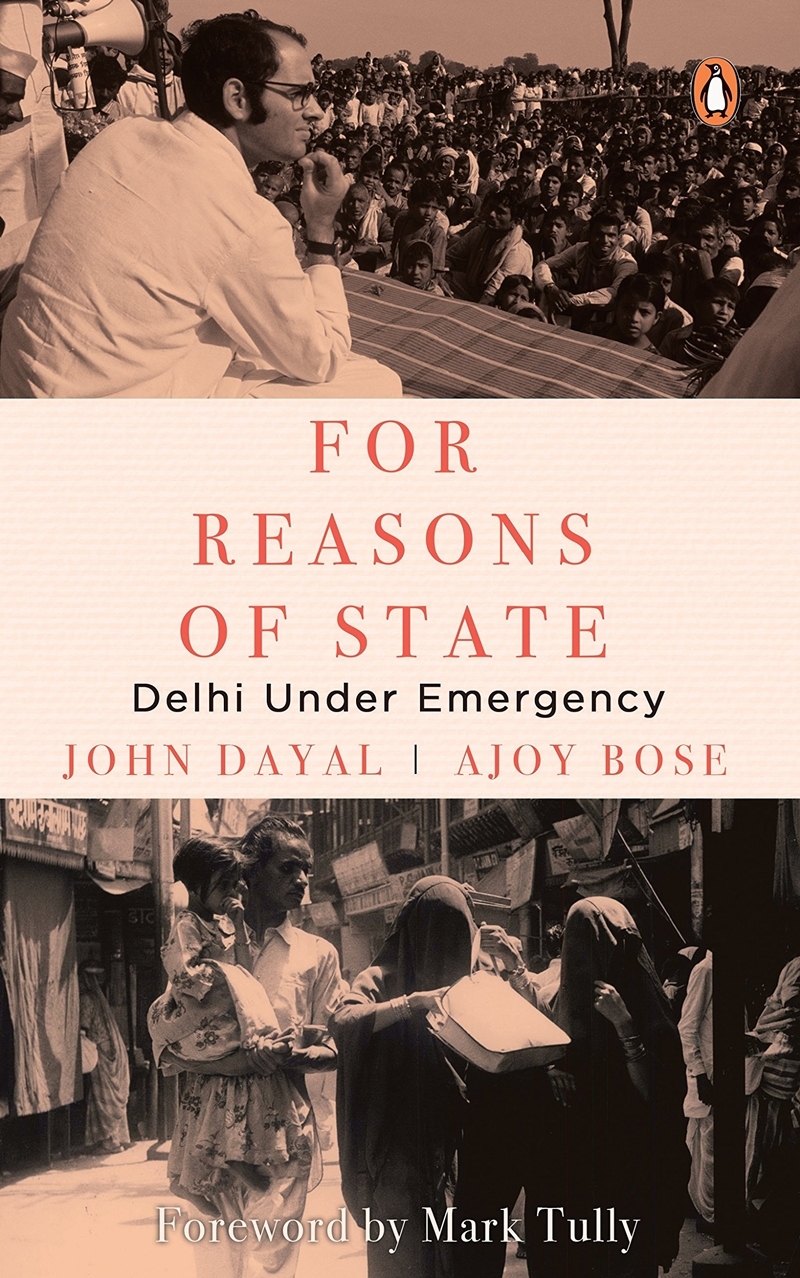 Title: For Reasons Of State: Delhi Under Emergency

Suddenly there’s talk about fascism: Madeleine Albright says so in a recent book, with her focus on Donald Trump; in India, activists are arrested, and one of them declares at a function in Margão, Goa, that the ‘current regime’ is worse than ‘Gulag’; Gauri Lankesh is murdered in broad daylight; another columnist hits out at the Niemöller-ian silence that endorses State action against activists; and extra-judicial punishments are on the rise. The Govt is silent.

Dayal and Bose fear that ‘the myriad beasts’ forced into hibernation in 1977 have begun to ‘flex their muscles again’ – hence this new edition of their book on the Emergency. They list similarities between Indira and Modi – in their minimal regard for constitutional niceties, their rubber-stamp Cabinets, and their encouragement of extra-constitutional authorities; also in their ‘battling inner demons, inadequacies and insecurities’. Mark Tully (in his Foreword) agrees about the fear but ascribes it to the ‘absolute majority and a very powerful Prime Minister’. Tully also refers to the fear created by powerful extremist groups and the fear that re-election of BJP would be an endorsement of its ideology. Then while indulging in an illogical extrapolation about the possibilities of drastic amendments to the Constitution, he asserts that there is “No parallel today with … the emergency, except the distressing misuse of investigative agencies ….”

The book starts with a prologue titled ‘Bioscope’ presenting flashes of the ‘surreal nightmare’. The Turkman Gate demolitions and the forced relocation of survivors to alternate locations; surgeries scratched into unwilling, ineligible candidates to achieve targets of ‘pointed programmes’, with no regard for hygiene; and obviously regimented announcements of ‘voluntary’ operations undergone by police personnel: thirty-two pages of depressing reading where compliance with illegal orders merged seamlessly with the sycophantism. Depressing, because the guardians metamorphosed into predators overnight. The rest of the book is no less depressing, with administrative excesses and police terror that raged across New Delhi …

The temptation to compare Indira with Modi is very strong, no doubt: driven by an urge to sensationalise as much as to warn. Indira was faced with several obstinate issues: the quick succession of deaths of Nehru and Shastri, aftermath of the Chinese aggression and the war with Pakistan; the 1967 elections showing Young India’s disillusionment with the existing scenario; extensive poverty; the shaping up of new constituencies like the Scheduled Castes/Tribes, politicised labour unions, and the minorities; and the crying need to transform the Grand Old Party. In what looks like a cinch today, she ‘cleansed’ the Party, nationalised banks, coal and insurance, liberated Bangladesh and captured the hinterland with the slogan, “Garibi Hatao!” Soon there was the Green Revolution, the nuclear implosion at Pokhran, launching of Aryabhatta and the petroleum finds. And then she was ousted from the PM’s chair by the Allahabad High Court for misuse of government machinery for the election campaign. From this very complex situation arose the emergency. The present situation is hardly comparable.

The fear, if any, should be from those petty functionaries who so readily carve out fiefs for themselves – who blame the call to ‘bend’ when they are so ready to ‘crawl’.