Enterprise of the Soul 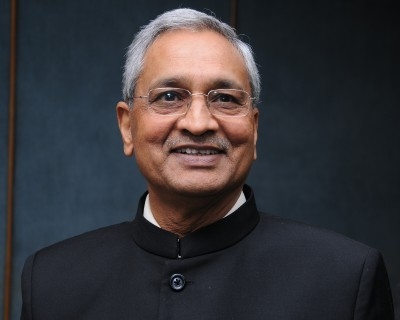 Enterprise of the Soul, written by a hardnosed corporate executive and business leader who has also spent decades studying Indian philosophical and spiritual texts, investigates this phenomenon.

It is not often that a technocrat in this country writes about his experiences and suggests remedies so that the public sector companies occupy the commanding heights of the economy. That is where R P Singh believes he has solutions considering his own experience as chairman and managing director of the Power Grid Corporation of India, a transmission utility, for a dozen years.

He scorns the disinterested and lackadaisical approach coupled with rampant corruption that has cost the country dearly. It was the country’s first Prime Minister Jawaharlal Nehru who chose the middle path for the economy and believed state owned enterprises were direly required as businessmen were not inclined to invest huge amounts in industry having a long gestation period. These were in critical sectors having the portends of powering the growth of the country which has been anything but satisfactory since the country attained independence nearly seven decades back in 1947.

The British system continues to remain the country’s basic framework. The privileges that the British enjoyed were now transferred to the country’s new elite. Thus the master-servant relationship of old was perpetrated instead of being obliterated. As they got used to their power and privileges the bureaucrats backed by the politicians began building a strong protective shell around them.

As they pursued their narrow self interest and neglected others, the masses got gradually alienated. The administrative system encouraged dishonesty. Professionals included doctors and engineers working with the government. The politicians began encouraging professionals to be dishonest by rewarding them with favours including promotions. In return the professionals were expected to compromise the standards of practice. The bureaucrats did all this as long as they were safe. When they were challenged, they began pointing fingers at the political class.

Running a public sector undertaking had its inevitable intrigues and pitfalls within and without.  There were always people in the enterprise going to any length in only feathering their nests even if it meant closing shop. Singh had to fight tremendous odds but held steadfast to his beliefs which helped him overcome the roadblocks and facilitating the PGCI in taking power to areas in the country which were deficient or lacked electricity.

In exploring the philosophical roots of this country, Singh maintains that the British administrative model has not blended well with the vibrant democratic political system in India. This has taken a toll on various aspects of development. One of them is education. The emphasis of rote learning and theory churned out students whose primary aim in life was to land government jobs or in the public sector which gave them the status of “sahibs”. These young men detested jobs that involved physical effort. Agriculture was certainly beneath them. This culture of “sahibiyat” – or everyone’s desire to become sahibs – gradually meant that an army of educated youth rose with no special skills.

There was also often no thrust on commerce in schools: the idea of becoming a businessman was often considered dishonourable. There was an inversion of the old wisdom that the author’s grandfather had passed on to him. A job or naukri was then regarded as the most prestigious means of livelihood followed by business which had a lower stature. Agriculture, of course, became the least prestigious profession.

On the other hand the education imparted in government schools and colleges barring a few are of unbelievably poor quality. A newspaper report in November 2013 said that in Bihar 10,000 contract teachers have failed class V-level tests. Hailing from a village in Bihar and having done engineering from the Benaras Hindu University, Singh specialises in the energy and infrastructure sectors. In his opinion the Green Revolution in the country has led to soil degradation and mostly benefitted the rich and middle classes. Those who really need food – the poorest of the poor – remain hungry to this day.

Politicians put into people’s heads that there can be free doles. While in the fields of healthcare and infrastructure it is understandable, electricity should not be gratis. However, people have started demanding free electricity as a right. Free electricity has legitimised corruption. By encouraging the culture of gratis, people have started enjoying poverty and are using it as an opportunity to gain access to government aid.

Inequality, poverty, corruption, cronyism, red tape and social prejudices – Indian society is in need of a desperate overhaul. It is not that the government has not done anything in this regard. But the scale of the problem is so enormous that this has not been enough. And in many cases like cronyism the government has been part of the problem rather than the solution.

The author’s argument, therefore, is that businesses should step in where the government has failed. Singh maintains he is not arguing for “corporatocracy”. The new outlook that businesses need can come from spirituality. The sayings in the Gita, the Vedas and the Puranas, the counsel of people like Guru Nanak Devji, Vivekananda and the path shown by Buddha are more relevant to businesses today than they have ever been.

Companies must look back at this spiritual treasure and draw their lessons from it in evolving a new philosophy suiting the changing times. If the private corporate sector does not concern themselves with the welfare of the people amid whom they exist, the burden of affluence could soon be too much for these companies to bear.

At a time like this , corporations must reinvent themselves not by trying out new things but by going back to the roots and rediscovering spirituality and the virtues of service. However, the corporations have refused to change. Nehru suggested there should be adequate checks and balances coupled with enough freedom so that public sector companies work quickly and without much delay. This thinking led to a government department called the Indian Management Pool so that professional managers ran the country’s public sector enterprises. It was disbanded in 1973 thanks to the machinations of the bureaucracy, the political class and fierce infighting among the professionals.

Be that as it may, the author throws up a six point solution encompassing public, private and government sectors. These are: (1) there must be an administrative system where pure governance should be bifurcated into two. Pure governance pertains to law and order, revenue, diplomatic and military affairs, the justice system etc; (2) there must be shift from procedures and systems to governance by principles which is the most important change; (3) appoint leaders not executives both in government and the private corporate sector; (4) the Public-Private-Partnership is the way ahead; (5) Governments must demonstrate their decision making ability and break free from the phobia that anything that helps business is a scam; and (6) the country’s social fabric must be improved and the most effective way of achieving this is by inculcating a spirit of dignity of labour and hard work.

In all this the most important thing to realise is that the interest of the country and the corporations are not in conflict with each other.