'Communication can be a great force for good': Canco Advertising founder, Ramesh Narayan

Adman Ramesh Narayan has no regrets about life. He has penned his life and experiences in his book, 'A Different Route to Success', which he hopes will make life easier for readers. He talks about his decades-long journey in advertising and more
Manasi Y Mastakar

For Ramesh Narayan (65), founder of Canco Advertising, his decades-long journey in the field of advertising has been full of ‘grace’. “A first innings where we built a good agency, had great clients, did good work, won some awards, did some solid industry work and made some honest money. The second innings is where I was allowed to do the work I was interested in — environment, gender, excellence in leadership, creating the Olive Crown Awards, and more,” says Narayan.

“At the same time, I had the opportunity to work with the Rotary Club of Bombay on some really satisfying initiatives in the areas of student enrichment, elder care, integrated rural development to name a few. A truly fulfilling journey,” he says.

And, he chronicles his professional journey in his new book, A Different Route to Success — a journey that has been “devoid of regrets”. 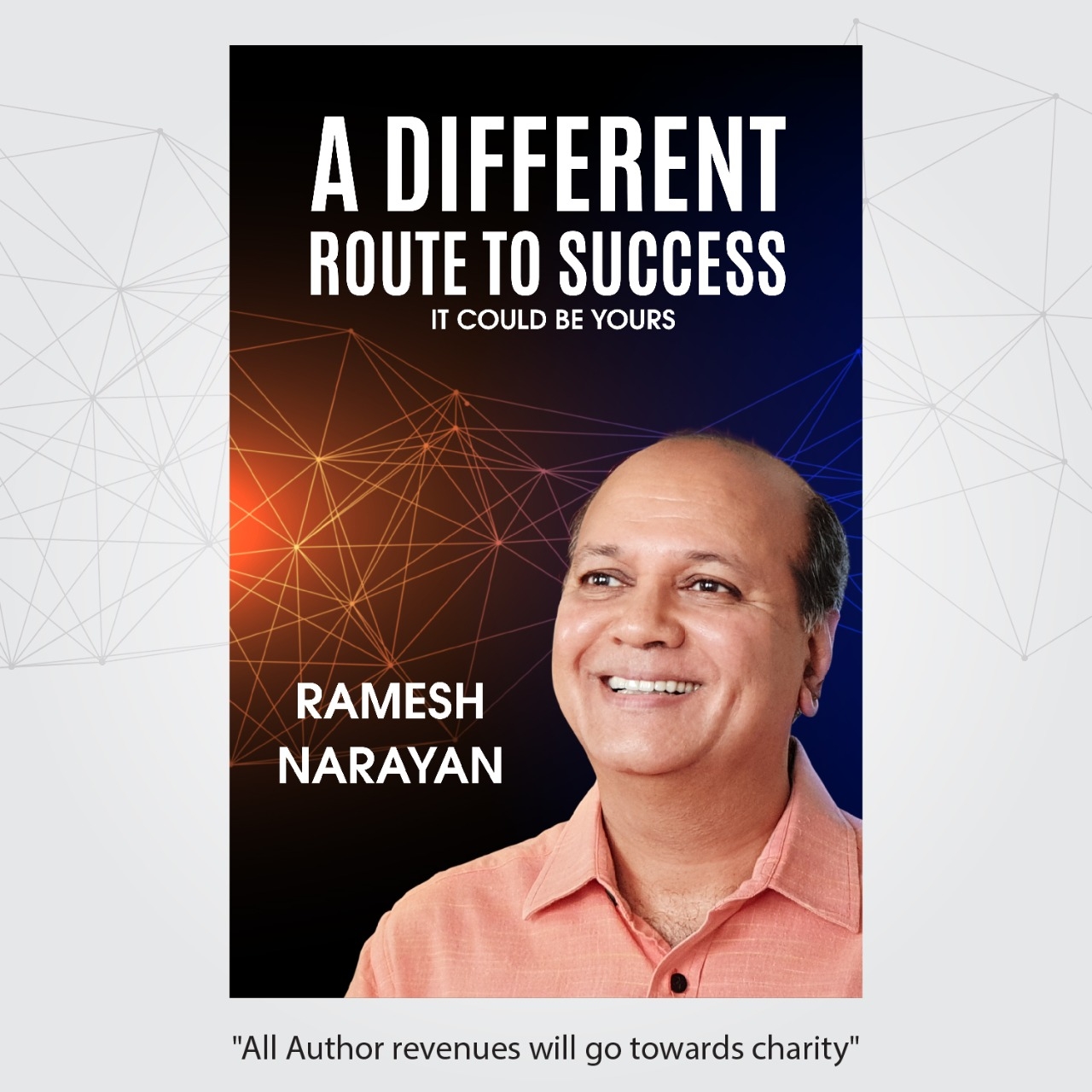 Narayan was 27 when he founded Canco Advertising and retired at the age of 50. He says, “The book seeks to present vignettes from my life and experiences. It could provide for a pleasant reading experience for most people. Some people can hopefully learn from the experiences and make their life a little easier.”

It took Narayan five months during the pandemic to put his thoughts to paper. “I write fast, without planning and without revision. But, I am weak on the application front. So, I didn’t take much time to 'actually' write the book,” he says.

Ask him what inspired him to write the book, Narayan credits his son and friends for pushing him to share his journey with the world. “My son and two friends prompted me to write the book. A friend wanted to position it as ‘Life after Retirement’. My son spoke about lessons learned. So, like a good advertising client I combined both ideas and added the past.”

In his many years in advertising, he has worked on a plethora of memorable campaigns. “There are campaigns in my agency days and those after I ‘retired’. During the Canco days, the work we did for MTNL to make them more customer-friendly, the excitement of launching India’s first desktop computer, the Minicomp XT, the work for GIC, the launch of HDFC Life... were memorable. After that, the campaigns for the IAA, whether it was related to the launch of the ‘Lighting a Billion Lives’ campaign, which ushered in an era of solar lighting for a part of Bharat that India forgot, the many campaigns of the Olive Crown, the recent empathy campaign, on elder care are just a few that I have been privileged to be associated with,” says Narayan.

During his second innings, Narayan was the president, India Chapter of International Advertising Association (IAA), and area director APAC on the World Board of the IAA, among other things. He also works actively in the social space with the Rotary Club of Bombay and NGOs.

With so many years of experience, what advice would he give those looking at making a career in advertising? “Step right in. And remember, while you do well, also do some good. Communication can be a great force for good. It's up to you to channelise it that way,” Narayan says.

What next after this on the literary front? “I never plan anything. When things occur to me, I try to get completely involved and make a difference. And as I love to say, ‘if you can make a positive impact on the life of one individual, yours is a life well- lived’,” he signs off.

3. A person from the advertising world you look up to?

4. Given a chance to switch to another profession, which would you choose?

Not changing, not a chance.

A powerful idea whose time has come.