A new video of superstar Shah Rukh Khan's son Aryan Khan has fans swooning. While the world is waiting for the star kid to make his Bollywood debut, the lad’s hidden musical talent has now made waves across social media.

Khan, who is currently pursuing his studies in the US, ventured into showbiz with ‘The Lion King’ reboot.

The Hindi dubbed version had SRK voicing Mufasa and Aryan as Simba.

Back in 2018, Shah Rukh Khan told Mumbai Mirror that Aryan doesn’t want to be an actor, but wants to make films and become a director.

He said, “Gauri and I never told our kids that they have to grow up to be actors. People around would say handsome hai, tall hai, body achcha hai, but if looks were a criterion, I’d never have been an actor.”

SRK was last seen in Aanand L. Rai's Zero, which starred Katrina Kaif and Anushka Sharma, too. The 2018 film had failed at the box office.

After taking a two-year sabbatical from films, Khan was clicked outside Yash Raj Studios in Mumbai last month, and fans began speculating if there is a big announcement in the offing.

In the viral images, SRK sports long hair and wears sunglasses. Reportedly, Shah Rukh was at the studios to start shooting for the rumoured film, Pathan. According to the unconfirmed reports, the film Pathan also features Deepika Padukone and John Abraham.

Although there is no official announcement of the news yet, SRK fans were naturally excited seeing the pictures. 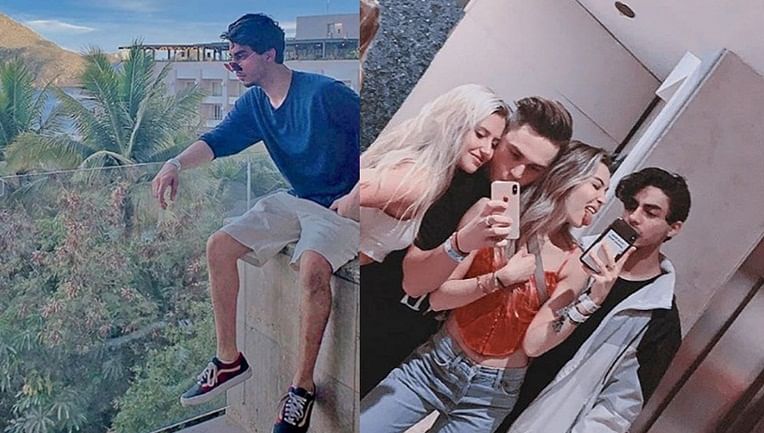