The Kashmir Files review: A preachy tale of facts that lacks attention

The effort towards narrating the agony and strain of the victims, ignorant government and the sudden exodus is commendable but it holds less prominence 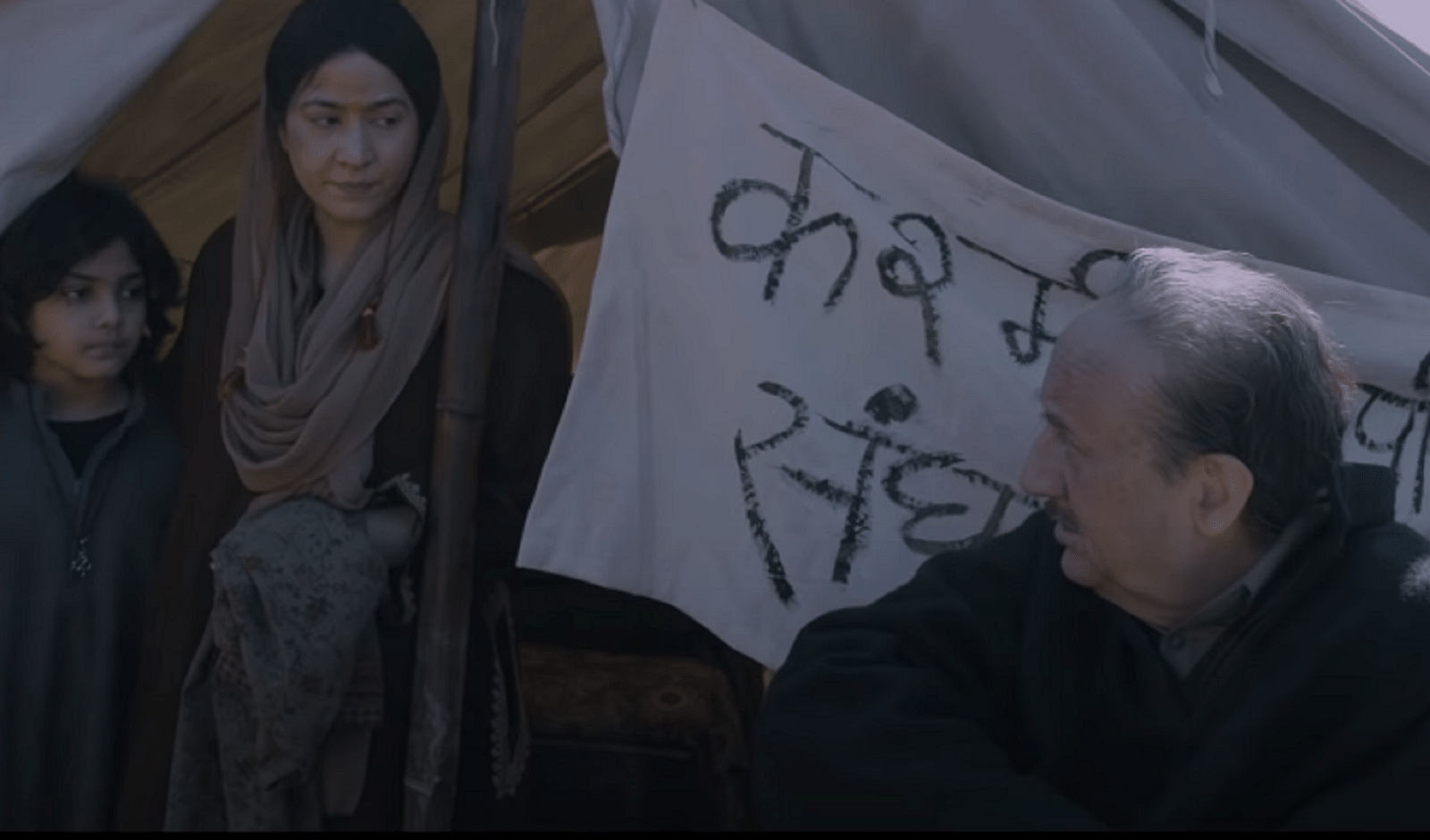 The Kashmir Files has the right noise around the factual statistics on the genocide that happened in 1990 in Kashmir. Director Vivek Ranjan Agnihotri along with his actress-wife Pallavi Joshi shot a 20-min documentary that showed the pain of real Kashmiri Pandits, who escaped from the massacre. The film that has the runtime of around 2 hrs 40 minutes fails to translate the grief on the big canvas. His last outing The Tashkent Files, that unravels the truth of Lal Bahadur Shastri's mysterious death definitely shone as a solid film, however, The Kashmir Files is not even an inch closer.

There is a college professor, Radhika Menon (Pallavi Joshi), who influences the youth with the naarebaazi of "azaadi". Her student Krishna sees a different picture of Kashmir until he discovers the truth, when he visits his ancestral house to pay the last rights of his grandfather Pushkar.

Undeniably, the effort towards narrating the agony and strain of the victims, ignorant government and the sudden exodus is commendable but it holds less prominence. The screenplay is sloppy and the 10-min monologue of Darshan Kumar in the climax doesn’t move or provoke you. The director takes his own sweet time with long scenes and artistes patiently play around with their pauses.

The Kashmir Files could have been an important film but it misses the adrenaline rush and thrill as mounted. Also, it looked like the motive behind it is lost somewhere. However, it is evident that how this historical mishap is excluded in our school textbooks. The brutality with which mass killings and humiliation against women is shown is disturbing.

Anupam Kher delivers a top notch performance, Darshan Kumar, who represents the face of today’s youth and participates in protests is half convincing. Mithun Chakraborty, Puneet Issar, Atul Srivastava and Prakash Belawadi are passable and have nothing much to offer. Pallavi Joshi is firm, decent enough to not attract attention to her stereotypical look of a college professor-- with a big black bindi and cotton sarees. Chinmay Mandlekar, who plays a ruthless terrorist, stands out in the entire cast. The deadness on his face says it all. His peculiar style of flicking right eyelid adds a lot more to his disgusting demeanour. Bhasha Sumbli’s portrayal of a torn woman, who lost everything, is noticeable.

The Kashmir Files is an opportunity missed. Rather than engaging you with the emotional aftermath of one of the biggest tragedies that independent India has seen, the film ends up becoming a long, boring chapter.

Read Also
Kapil Sharma reacts to Vivek Agnihotri's allegation of 'The Kashmir Files' cast not being invited on...