Kirron Kher is set to turn 70 on Tuesday.

Senior Bollywood actress Kirron Kher is all set to celebrate her 70th birthday on Tuesday.

However, in later life, she developed a firm belief in numerology, and in 2003, she changed her name from Kiran to 'Kirron' based on numerological calculations, and thus came to be known as 'Kirron Kher'.

Her return to acting came in the mid-1990s, through theatre, with the play 'Saalgirah', written by playwright Javed Siddiqui and directed by Feroz Abbas Khan. Her comeback film was by Shyam Benegal, 'Sardari Begum' (1996), which won her the Special Jury Award at the 1997 National Film Awards.

Over the years, she came to be known as the quintessential mother in Bollywood films as she played a number of motherly roles in films like 'Devdas', 'Rang De Basanti', 'Hum Tum', 'Dostana', 'Main Hoon Na', 'Kurbaan', 'Om Shanti Om', and others.

On Kirron's 70th birthday, here are five times the actress aced her mom roles on screen: In Yash Chopra's 'Veer Zaara', Kirron played the role of Preity Zinta's (Zaara) mother. She beautifully portrayed the plight of a woman torn between her love for her daughter and her duty towards her husband and family. 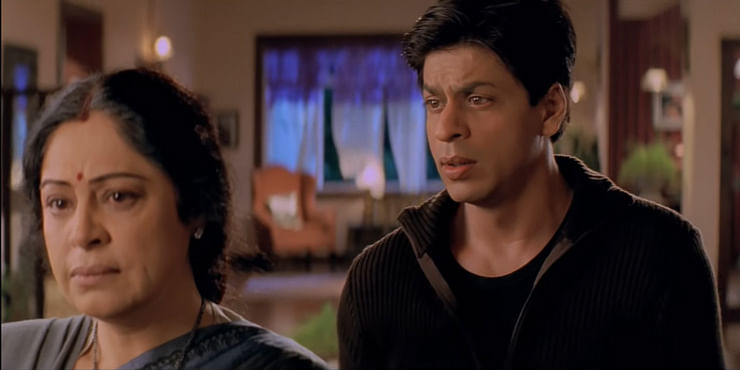 In 'Main Hoon Na', Kirron played Zayed Khan's mother and Shah Rukh Khan's stepmother. Her character was one full of love and her bond with SRK's character Ram is one of the highlights of the film. In 'Dostana', Kirron stepped away from being a serious mom, and donned the hat of a rather hilariously skeptical mother, who thinks her son is gay. Kirron once again played a fun mother in 'Om Shanti Om', but it was her dramatic antics that made the audience laugh their hearts out.