Saif is seen holding shopping bags in his hand, hinting that he is on a shopping spree

London [UK]: Kareena Kapoor Khan's latest Instagram post is proof of the fact that she is having loads of fun vacationing with her family in the UK.

Taking to the social media application, Kareena dropped a picture of her husband Saif Ali Khan from the streets of the UK.

In the image, Saif is seen holding shopping bags in his hand, hinting that he is on a shopping spree. Saif looks uber cool in a blue shirt and track pants.

"Mr Khan is that you?" Kareena captioned the post with laughing emojis and a heart emoticon. 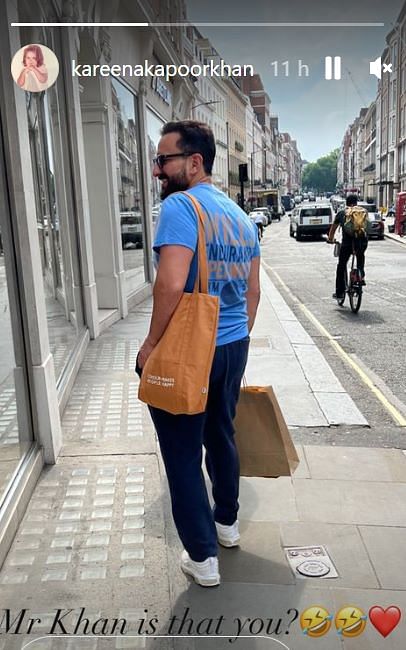 Kareena and Saif are accompanied by their children Taimur, Jeh and relatives Rima Jain, Armaan Jain, Anissa Malhotra and Nitasha Nanda. They shared several pictures from their family dinner in the UK on Instagram.

Several pictures from their fam-jam dinner surfaced on the internet. Anissa originally posted a picture from the dinner on Instagram, which she shared with a red heart emoji and an England flag emoji. The image featured Kareena holding son Jeh in her arms. Saif was seen sitting on a chair in a black T-shirt, next to Rima, who's holding onto Taimur. Armaan and Anissa were seen standing together. 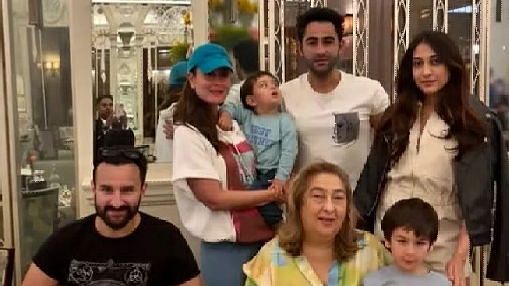 A few days ago, Kareena dropped a picture of her enjoying coffee in London.

"Waited two years for you baby ...Pret .. #Sipping my coffee Coffee Lover," she captioned the post.

Meanwhile, on the work front, Kareena recently wrapped her OTT debut, which is a murder mystery and will stream on Netflix. It is a screen adaptation of one of Keigo Higashino's most acclaimed works, 'The Devotion of Suspect X'. It is based on a story of a single mother who thought she had finally escaped the clutches of her abusive ex-husband but things do not really go her way.

The project also stars Vijay Varma and Jaideep Ahlawat in prominent roles. Kareena also has 'Laal Singh Chaddha' in her kitty, It is scheduled to release on August 11, 2022.

Saif will be seen sharing screen space with Hrithik in 'Vikram Vedha', which is based on the Indian folktale 'Vikram Aur Betal', and is an edge-of-the-seat action crime thriller which tells the story of a tough police officer who sets out to track down and hunt a menacing gangster. It is a remake of 2017 Tamil blockbuster of the same name, which starred R Madhavan as a cop and Vijay Sethupathi as a gangster.

Read Also
Vijay Varma shares BTS photos with Kareena Kapoor, Jaideep Ahlawat and others as he wraps up Sujoy... 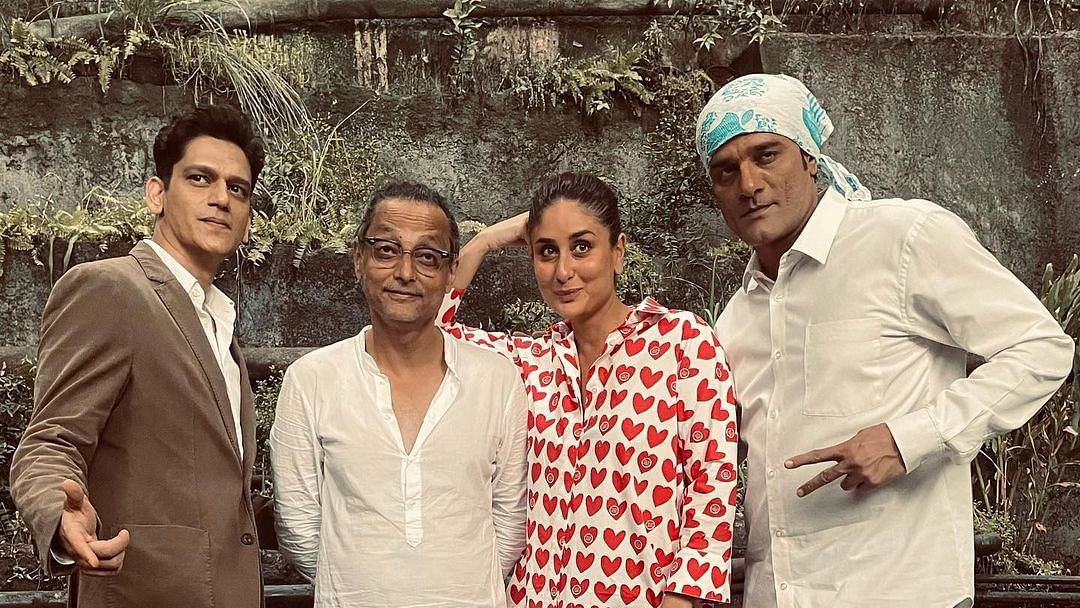