In a first, the team of the upcoming horror-comedy 'Bhool Bhulaiyaa 2', including Kartik Aaryan and Kiara Advani, took their promotions to a theme park. A song from the film, titled 'De Taali', was launched at the event.

Not just that, but they also inaugurated a haunted ride named after the film. The Free Press Journal was present at the glitzy affair.

While on the way to the amusement park, Kartik took a trip down memory lane as he passed by the college where he once got in to pursue an engineering course, way before becoming the nation’s heartthrob. “I was in DY Patil college during my engineering days, and we just passed by it, so it’s giving me all kinds of feels. This is quite a nostalgic trip for me,” he says. 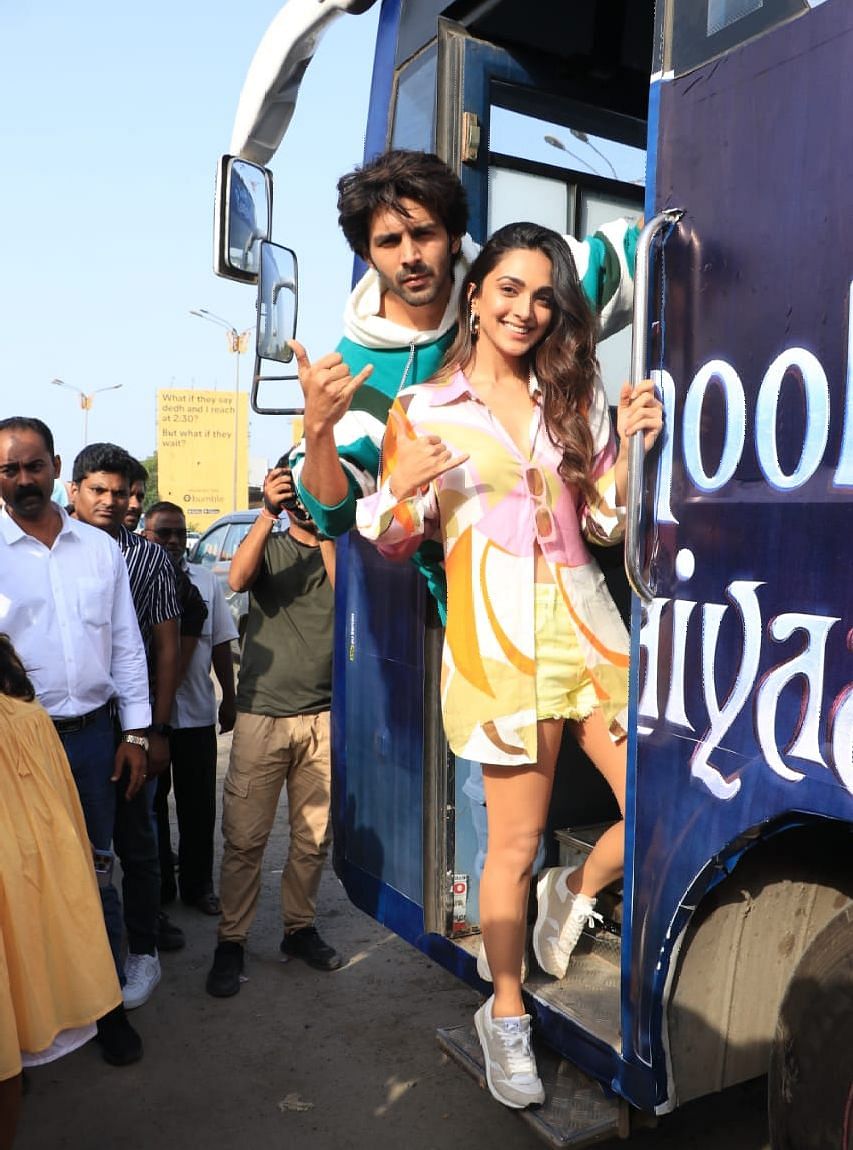 During the song launch, Kiara had an interesting fact to share. She shares, “We were actually practising the steps behind the stage because this song was shot a year back. Since then, we have shot so many songs and learned so many steps that even we need to do a little bit of homework for our fans!”

'Bhool Bhulaiyaa 2' is not a sequel to the 2007 iconic film 'Bhool Bhulaiyaa', which starred Akshay Kumar and Vidya Balan. Yet comparisons between the two are inevitable. Kartik avers, “The earlier film was a psychological thriller, but this film is an out-and-out horror-comedy. So we haven’t really tried to copy anything.” 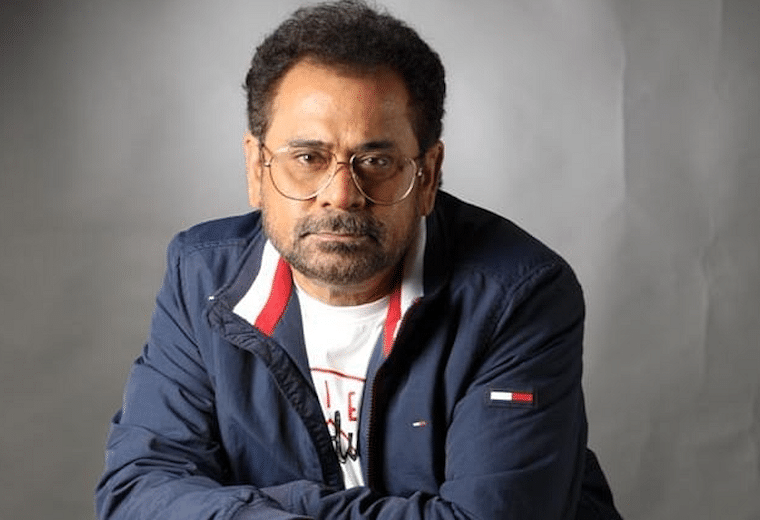 He continues, “'Bhool Bhulaiyaa 2' is also my first film in the horror-comedy genre, and I must say it’s difficult because you have to scare your audience and make them laugh at the same time. I have treated the project in a different way too. It’s definitely challenging to remind people of the old Bhool Bhulaiyaa and yet keep our film unique and fresh.”

Kiara adds, “I am sure the film will make people jump on their seats as well as tickle their funnybones. All I want to say is, get ready because Manjulika is coming!” 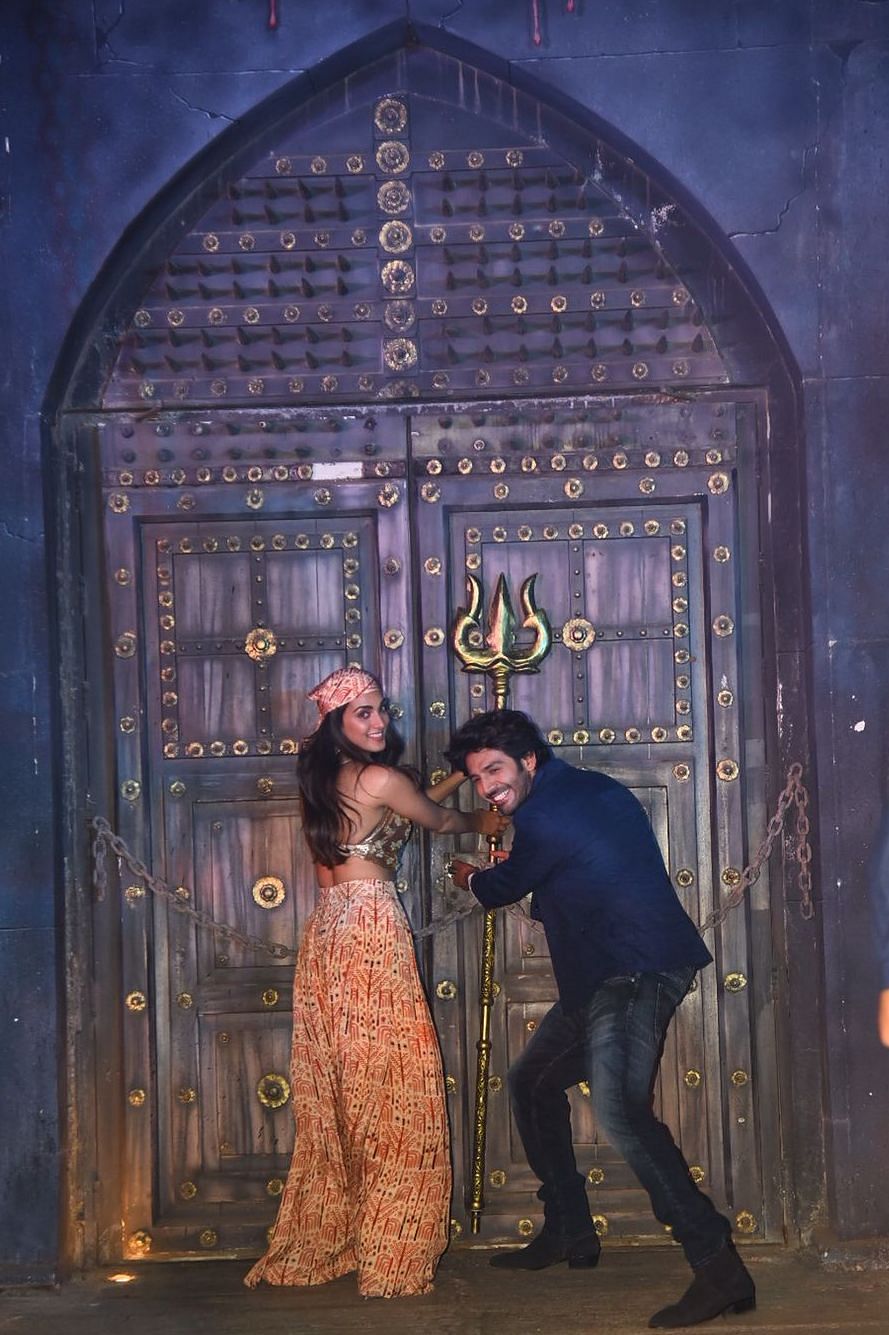 Post the song launch, the dashing duo also hopped on to the newly inaugurated horror-themed ride and screamed in fear as well as laughed their hearts out with their fans and members of the media.

Besides Kartik and Kiara, the event was also graced by producers Bhushan Kumar and Murad Khetani and director Anees Bazmee. 'Bhool Bhulaiyaa 2' is slated to hit the silver screens on May 20.