Advertisement
Home / Entertainment / Bollywood / 'Acting is my safe space and has made me evolve as a person too,' says Tannaz Irani

'Acting is my safe space and has made me evolve as a person too,' says Tannaz Irani

Tannaz Irani's acting career began in the early nineties with television shows like 'Zaban Sambhal Ke' and 'V3'. In 2000, she made her film debut with the blockbuster 'Kaho Naa... Pyaar Hai', and despite being busy with films and television, she has been continuing her journey in the theatre industry as well.

One of her earliest theatrical performances was in 'Bottoms Up' and in recent times, she was seen in the comedy 'Wrong Number' and even directed a play called, 'Selfie.'

Through the decades, her love for acting has remained constant and she says, "My journey as an actor has been completely fulfilling and has made me evolve as a person too. Acting is my safe space whether I am working in a film, doing theatre with plays such as 'Antardwand' which is my first ever teleplay on Zee Theatre."

When asked how she adapts to different formats, she says, "The craft is of the key essence in every format. On stage, you create a very uniquely personal equation with the audience and every time you perform a play, your mood, your dialogue delivery and energy changes. Even the audience responds differently to each performance. As an actor, you are always on your toes and learn to carry on even when you make a mistake. If a scene is faltering, you can lift it up through voice modulation or by varying your energy. Acting on stage has made me a whole actor but every theatre actor does not make a superb film actor because the craft is different. In films, you have to be understated as the screen amplifies even the flutter of an eyelid unlike theatre where you need to amplify your performance and be larger than life. Teleplays of course blend the best of theatre and cinematic techniques."

Talking about television where actors need to act with conviction even if the role goes through multiple shifts, she says, "In all formats, chemistry with your co-stars is very important. For me, it is super important to gel with a co-actor so that a seamless give and take can unfold when we work together and nobody encroaches on my creative space. Only when there is mutual comfort, can a performance really shine because you start ad libbing and taking cues from each other. Acting is not a solo run and in 'Antardwand' I had a great time synergising with Aditi Govitriker and Pankaj Berry who is a fantastic performer. It is just amazing to watch his histrionics”.

Tannaz even found the premise of 'Antardwand' very engrossing where a convicted murderer Sada and a psychiatrist Dr. Sridhar confront each other. In the battle of wits, the audience witnesses a role reversal where Sada forces the doctor to confront the discontent and unease in his own life. The actor added, "The format of 'Antardwand' really excited me, the cast was very interesting and so was my role. As someone who loves theatre, I did not want to miss out on this opportunity."

Directed and filmed by Pratima Kulkarni, the play also stars Gopal Singh, Adnan Khan and Namya Saxena and will be screened on Tata Play Theatre. 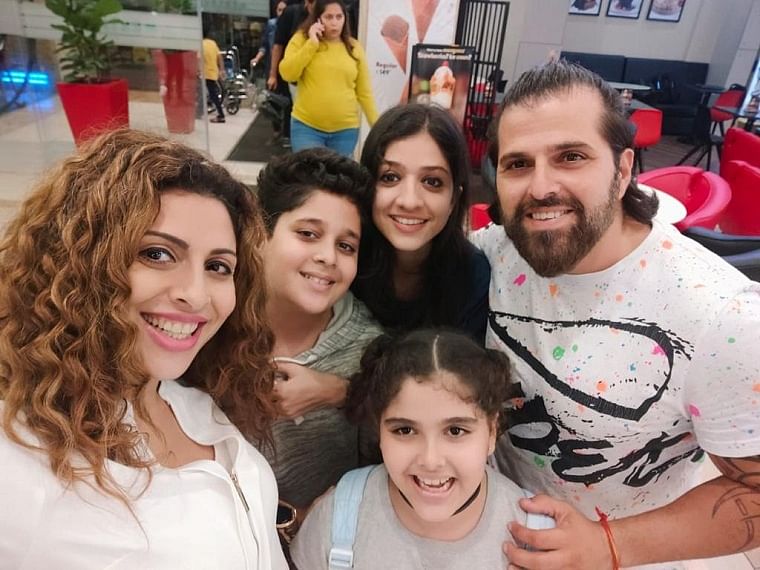